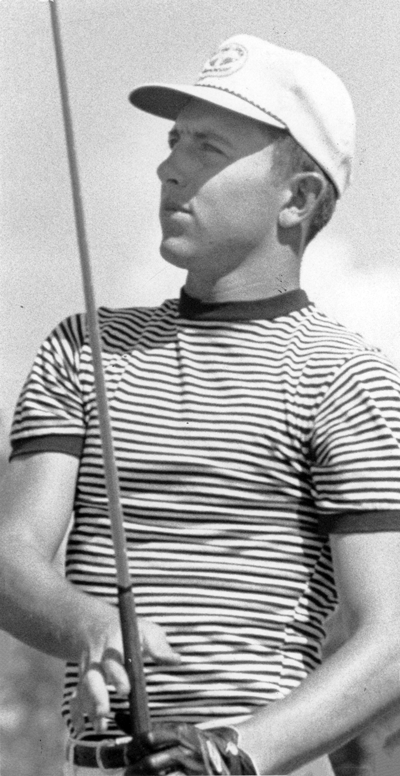 In his amateur golf days in Colorado, Irwin set himself apart — and in a big way.

In a five-year period beginning in 1962, Irwin won five CGA championships, including four open-age state amateurs — three in stroke play and one in match play.

At the 1963 CGA Amateur (then known as the CGA Stroke Play), Irwin’s future CU teammate John Hamer posted a very respectable score of 6 under par for 72 holes. The only problem was, there was one player better than him in the field, a certain Hale Irwin, who was 15 strokes in the distance.


“I remember thinking there was probably a few other guys out there like Hale, so that ended those thoughts (of turning pro),” Hamer later said. “If I had known how good Hale was, though, I might have tried it.”

“That was a lot of years ago, but I remember that first one; that made an impression on me,” he said. “I was an upstart young guy and then there was the old guard — guys like Les Fowler and Jim English. I was relatively new to Colorado and I happened to have a very good tournament. I do remember playing awfully well.

“You look at tournaments that get you started down a successful path, and that one kind of got me going.”

Irwin went on to win the CGA Amateur three times — all in a row, starting in ’63. He was the first to pull off that three-peat, and he remains one of only two players who have won that championship three times in a row, with the other being another Boulder resident, Bob Byman, in the early 1970s.

In 1966, Irwin won his lone CGA Match Play, appropriately in his hometown, at Boulder Country Club. He defeated CU teammate — and defending champion — Larry McAtee 5 and 4 in the title match.

It’s little wonder why, given what he accomplished in Colorado, then as a pro, that Irwin was named male player of the century in Colorado during the CGA’s centennial year festivities in 2015.

Also in 1966, Irwin qualified for his first U.S. Open, which was played at Olympic Club in San Francisco.

“Every time we talk about this I get the same flashback,” Irwin said. “I could go back to the old Boulder Country Club, going out there with no range. You have your range balls, you go to the left of the No. 16 fairway in the rough and hit your balls and you pick them up.

“I remember going, ‘This is the shot to win the U.S. Open’ because that was the one tournament for which I could qualify. I couldn’t play the Masters. I wasn’t a professional (so) I couldn’t play the PGA. The British Open, that’s so far away you can’t even talk about it. So the (U.S. Open) was the dream. When Warren Smith and I qualified in 1966 to Olympic Club — I qualified as an amateur — that was pretty cool. That was special.”

And Irwin not only competed in the U.S. Open that year, he made the cut.

“We were first off in the third round,” he recalled. “I played with a gentleman by the name of Gene Borek from the Washington D.C. area. The USGA came out and they read us the riot act about how fast we had to play because we were the lead group, the rabbit group … and I had the fear of the Lord in me. And we played fast. No one caught up with us. Where I finished, I don’t know. I know I made the cut and they scared me.”

And Irwin has one other notable recollection from that U.S. Open.

“If you walk into the pro shop from the parking lot (at Olympic Club), they had a big picture window there that faced the first tee and I walked by and I saw Tony Lema (who died a month later in an airplane crash),” Irwin said. “That was the first and only time I saw Tony Lema.”