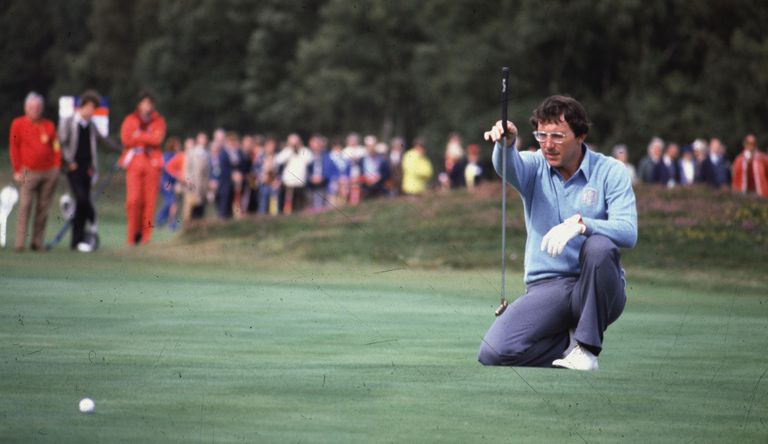 While the 1990 U.S. Open victory would have been a fitting bookend for Irwin’s PGA Tour win list, he wasn’t done yet.

Indeed, he went on to win the very next week, at the Buick Classic and finished sixth on the PGA Tour money list in 1990 at age 45. And then, after being inducted into the World Golf Hall of Fame in 1992, he added his 20th Tour victory in 1994 at the MCI Heritage Classic a couple of months shy of his 49th birthday, beating Greg Norman by two. His first and last PGA Tour victories were separated by 23 years.

Those final three Tour victories were certainly meaningful for Irwin — in a sort of, “I’ll show you” sort of way.

“I remember Frank Chirkinian (the executive producer of CBS Golf) coming up to me (in the latter part of 1989) and asking me something about would I want to do any television work or something like that,” Irwin recalls. “And he said, ‘You can’t play anymore.’ It kind of kicked that competitive spirit of mine right in the butt. I’ll never forget that because that was one of the things that got me going in 1990.

“In the winter of 1989, I sat at my desk — we lived in St. Louis — and I wrote down the tournaments that I had won. The ’71 Heritage, the ’73 Heritage … and what thoughts that I could recall whether it was posture or some swing thought. And if I couldn’t remember it then I set it aside and came back to that. It got me thinking like a player again because I’d spent nearly five years going through the motions of being a player but doing some design work — which I really enjoyed, and I think we were very good at it. But at heart I was still a player. So when I got to thinking more like a player, it was no surprise to me to see my game start to come around.

“The win at the Open in ’90 and the following week at Westchester wasn’t surprising to me. I think the world was more surprised than I (was) because I felt that it was still there.”

As for those career notes Irwin was taking …

“I took that yellow pad and I put it away thinking I want to come back to this,” he said. “I put it away someplace so far away I can’t find it again. I wish I had it because I hearken back to that many times just getting yourself back to square one.

“When I started the year in ’90 I got myself thinking … I could hit the shots; that wasn’t the problem. The only problem was staying in touch with what I was doing on the golf course. I was a participant but I wasn’t a player. All of a sudden I started becoming a player. My scores started getting lower. The shot value — rather than hitting an iron 25 feet from the hole, maybe it was 15 feet from the hole — and now you have a much better chance of making a putt. Things got better. The up and downs were better. The scoring average became a little better. Everything became like it once was. It was simply applying what I had. I had simply set it aside and wasn’t thinking about it the correct way.”

But in 1991 in the competition that was dubbed “The War by the Shore,” Irwin played in one of the most memorable Ryder Cup matches in history. In a singles matchup with Bernhard Langer at Kiawah Island, S.C., Irwin earned a half point when Langer missed a 6-foot par putt on the final hole, giving the U.S. a 14.5-13.5 win. That ended a six-year period where the Ryder Cup belonged to the Europeans.

“I tell people, the U.S. Open win in June of 1990 and the Ryder Cup win in September of ’91, I had two of the biggest highs one could ever have in their career. I was fortunate that I had two of those.”

Irwin finished his Ryder Cup career with an impressive 13-5-2 record.

In the wake of Kiawah, Irwin was chosen the first U.S. captain for the President’s Cup, and guided the Americans in 1994 to a 20-12 victory over the International squad. Irwin also played for the Americans, chalking up a 2-1 record.

While Irwin ended his PGA Tour career with a nice even 20 victories, inevitably along the way there were ones that got away and others where a very good break or two helped earn him a win.

Irwin once told David Feherty about a tournament in 1976 that fell into the victory category in a most improbable way.

“I was playing a tournament in Orlando, and I opened with 74,” he said. “It was a bad round and I had never withdrawn from a tournament (but) I thought it was time to go. I could feel my father’s spirit: Don’t start something you can’t finish. (I thought) ‘OK, OK. I’ll miss the cut and go home tomorrow night.’ I made all the arrangements and go out and shoot 64. Now I make the cut. I back it up with two 66s on the weekend. I ended up tying Kermit Zarley for the tournament lead. We play two holes in the dark, have to come back the next day and I win on the fourth hole (of a playoff). It shows going from nearly withdrawing to winning the tournament (to) never give up, never give up.”

Also notable on the plus side was the 1984 Bing Crosby National Pro-Am at Pebble Beach, where his tee shot on the 72nd hole hooked onto the rocks bordering the Pacific Ocean, but caromed up into the fairway. “I’ve seen 300 — well, 30 for sure — golf balls go in where mine did, and I never saw one come out before,” he noted at the time. Irwin went on to birdie the hole, then win a playoff with a birdie on the second extra hole against Jim Nelford.

One on the opposite end of the spectrum came less than a year before, at the 1983 British Open. There, during the third round, Irwin whiffed a backhanded attempt to knock in a par putt of no more than few inches on the 14th hole. A day later, he finished second in the Open to Tom Watson — by, you guessed it, one stroke.

“Even when I look at it on the replay, it doesn’t look like a stroke, but it was a stroke,” he said. “… I get around to losing by a shot (the next day). Did it bother me? No. I learned a lesson. You lose an opportunity but you gain the experience. Each has its merits. I don’t think I’ve been quite as awkwardly stupid, at least with left-handed putts, since.”

Also in the 1980s — 1986 to be exact — Irwin was inducted into the Colorado Sports Hall of Fame. According to a (Boulder) Daily Camera newspaper story at the time, Irwin became the first athlete still active in his or her career to be enshrined in that Hall.

In addition to his 20 PGA Tour wins — which included two at the Memorial, considered one of the most prestigious tour stops outside of the majors — Irwin has claimed victories around the globe. In fact, he’s won significant tournaments on all six continents that host such events. He’s believed to be one of just five golfers who can make such a claim, joining Gary Player, David Graham, Langer and Justin Rose.

Irwin also owns one of the longest cuts-made streaks in PGA Tour history, finishing in the money for 86 straight events from 1975 to ’78.

All in all, by 1992 it was a resume that landed Irwin a spot in the World Golf Hall of Fame, where he joined the best of the best as an inductee.  “It’s very meaningful,” he said of the honor, looking back from the perspective of 2019. “I think when I first entered it wasn’t as important then. The Hall of Fame then was almost a commercial enterprise. It was more of a corporate entity to sell things — kind of a marketing ploy. It’s not that now. It’s far more meaningful now. Those of us who got into the Hall of Fame so long ago now understand that maybe it’s more important now than it seemingly was then. It’s very humbling, if you wish, to be around these people that at least in my career were the pioneers of the tour and were my friends — people I knew well and who taught me not only how to play but how to live in the world of golf.”