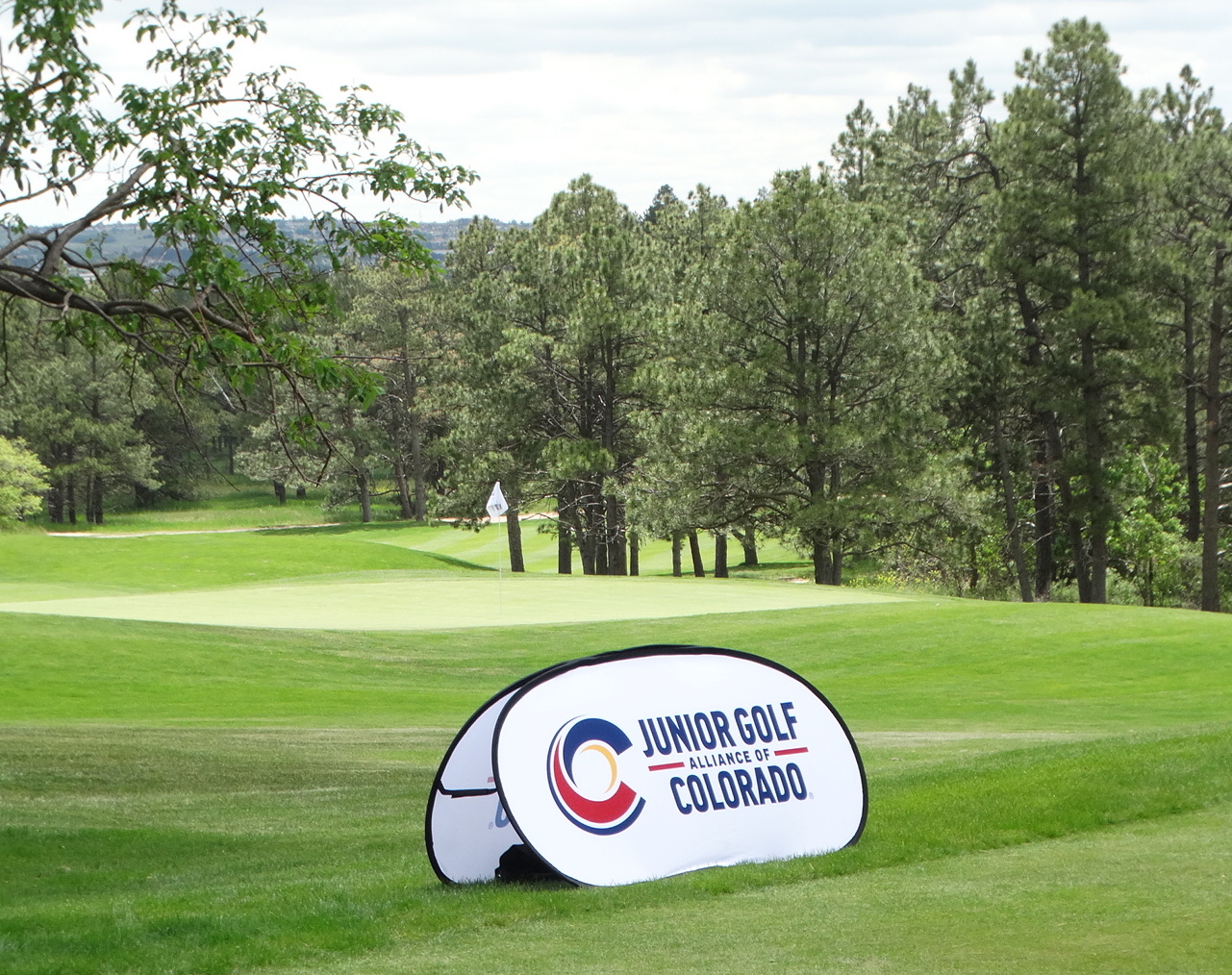 In the last quarter-century, it’s rare that Colorado has hosted two USGA championships in the course of less than 10 months.

The only time since 1993 that USGA events have paid a visit twice inside of a year was in 2008, when The Broadmoor hosted the U.S. Senior Open and Murphy Creek was the site of the U.S. Amateur Public Links.

But it’s set to happen again. After the 2019 U.S. Mid-Amateur was contested in mid-September at Colorado Golf Club, the 2020 U.S. Girls’ Junior is set for July 13-18 at the Blue Course at Eisenhower Golf Club at the Air Force Academy. The Blue Course was ranked 25th on Golfweek’s recently-published list of the Best Campus Courses in the U.S.

While the U.S. Girls’ Junior won’t attract the national attention of many of its fellow USGA championships, it’s certainly one of the current focal points of some of the major golf organizations in the state — especially the Junior Golf Alliance of Colorado, which translates into its co-founders, the CGA and the Colorado PGA.

“One of the observations of the USGA (regarding the U.S. Girls’ Junior in the past) has been, ‘Wow, we just held this national championship and nobody knew,’” CGA executive director Ed Mate noted. “Nobody in the mayor’s office knew, nobody in the community knew. We just came and went like a carnival in the night. We rode in and rode out.’ We don’t want that to happen.”

So while a field of 156 of the most talented female junior golfers in the world will be teeing it up at the Air Force Academy, the competition itself will be just a part of the focus of the Junior Golf Alliance of Colorado, which is serving as the “host group” for the U.S. Girls’ Junior. Alliance officials want to make sure the event has an impact, not only on the competitors and their families, but on the community in Colorado and youngsters in the state, especially girls.

And the JGAC is putting its money where its mouth is to that end. As part of its role as host group, the organization has committed to raising about $400,000 to pay for the costs of conducting the event.

“The championships usually go to a private club where the members help pony up the $300,000 or more dollars that it takes to put on this championship,” Ainsworth noted.

With that kind of investment on the line, the Junior Golf Alliance is planning some related events that will make certain that the 2020 U.S. Girls’ Junior won’t come and go like a carnival in the night.

There will be added programs related to the Colorado PGA Golf in Schools Program, which introduces more than 10,000 kids to the game each school year through their P.E. classes; a “Golf in the Park” event; and a championship preview day. In addition, it was recently announced that, in conjunction with the U.S. Girls’ Junior coming to Colorado, 2020 has been designated the “Year of the Woman” in Colorado Golf, with particular attention being paid to telling the stories of prominent females — both in Colorado golf and those who have a close connection to the game.

Perhaps most notably, though, a “Women’s Leadership Summit” is planned for Friday, July 10, the day before the practice rounds begin at the Air Force Academy. Among those who will headline the event is Suzy Whaley, the first female president of the PGA of America — and the current one. Organizers also hope to bring in a one of the biggest names in women’s golf and a prominent stateswoman — among others — though those plans aren’t yet finalized.

The hope it to attract the U.S. Girls’ Junior contestants, many of their parents, as well as selected others — perhaps 300 to 500 people in all.

“It’s a matter of really inspiring these young women,” Ainsworth said. “These speakers will try to motivate these young women by saying ‘This is what we’ve done and this is what we’ve had to deal with. We want to help inspire you to do great things.’ They’ll all definitely talk about how golf played a huge role in what they do. They’ll use their careers as examples.”

The 2020 Women’s Leadership Summit will be the third the Colorado PGA has hosted, and Whaley and the other invitees should bring particular panache in 2020.

Beyond the Women’s Leadership Summit, “We’re thinking way out of the box, we’re thinking big time, we’re thinking Boys and Girls Clubs, we’re thinking YMCAs — of busing these kids out during the championship to view this. We’re going to do some sort of Youth Golf Experience for the kids up on the Silver Course, so we can take the kids who went through our Golf in Schools Program or the Boys and Girls Club or the ‘Y’ to get them out on the golf course. The Saturday prior, we’re hoping to have a downtown golf in the park thing in Colorado Springs.

“We’re doing to do a lot of things to make it bigger than than the X days of the tournament,” he said. “We want these young women to have an experience that opens their eyes beyond golf. Friday we’re hosting this leadership conference and we’re going to publicize it and promote it to all the players. It’s our hope that every single one of them will be there to see it. They’re going to learn from and be inspired by (several big-name women) about what is life beyond golf. Because, quite frankly, of the 156 players in the field, how many of them will play on the LPGA Tour? Four? So we feel like it’s our job to open their eyes a little bit.”

Several officials from the JGAC — Mate, Ainsworth and Colorado PGA assistant executive director Patrick Salva among them — attended the 2019 U.S. Girls’ Junior this past summer in Stevens Point, Wis., to get a sense for the event and what’s needed to run it. And while the trip was informative, it had a different feel as an insurance company, Sentry, served as the host as its SentryWorld Course was the championship facility.

“I loved the way Patrick put it,” Mate said. “He said, ‘They have their canvas and did their painting, and we have our canvas and will do our painting.’ Every infrastructure is different and their opportunities and challenge were different than ours.”

“I would say everything outside the ropes is ours and everything inside the ropes is the USGA’s,” Mate said. “So the players’ dinner, that’s ours. The welcome reception (and) player registration are really ours. We’ll be putting together all the committees — in partnership with Eisenhower. The USGA gives us some guidelines and says, ‘figure it out.’ But once the championship starts, they run it. If it has to do with the conduct of the competition, it’s the USGA.”

At this point, the fundraising is obviously a major objective of Junior Golf Alliance officials, who are trying to bring in the $400,000 over the course of 2019 and ’20. They’re leaving few stones unturned in looking for donors and sponsors — from courses throughout Colorado to golf organizations to businesses, etc. For instance, the Colorado Golf Hall of Fame recently chipped in $2,000.

“I’d love to see 200 golf courses from Colorado listed on that sponsorship board so that this is all of Colorado’s championship, not the Junior Golf Alliance of Colorado, not the Colorado PGA, not the CGA, but everybody,” Ainsworth said.

“In our case, the entire state is going to know we’re doing this because we’re going to have to raise money from a lot of different people and we’re doing it under the auspices of the Junior Golf Alliance,” Mated added. “So it won’t be a mystery that the state of Colorado is hosting a national championship.”

And what will be in store when the U.S. Girls’ Junior pays a visit in July?

“This particular tournament has its own brand,” Mate said. “It’s unique because it’s a social event as much as it’s a golf tournament. Tracy Parsons, who’s the championship director, really understands her constituents well. She has said, ‘This is a different animal.’ At the dinner on Saturday night (at the 2019 event), the girls were dancing. It was not a typical staid USGA championship. … USGA staff and the SentryWorld staff were up on the stage dancing. It’s really fun to see how different it is.”