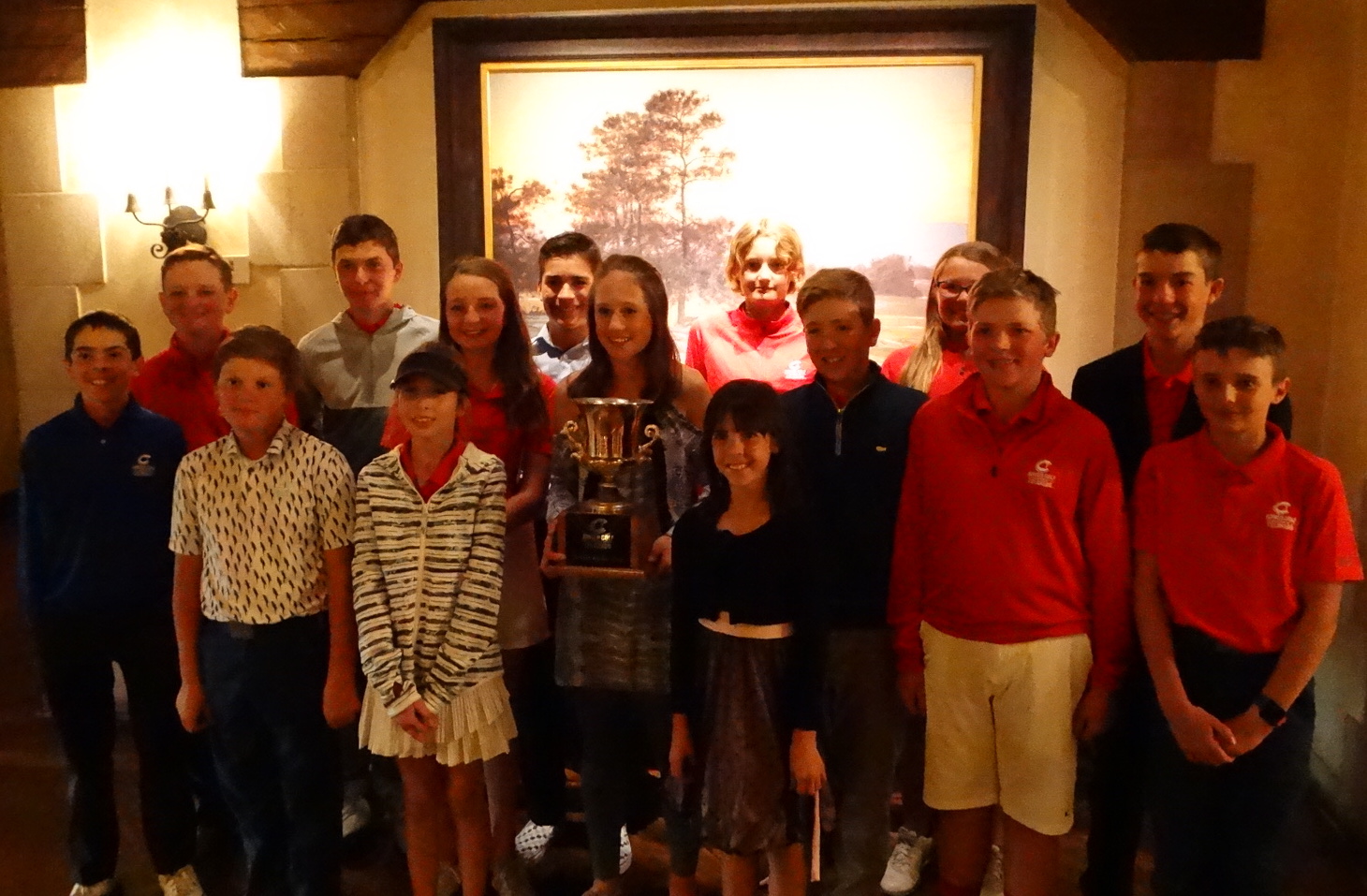 The designations of “Team USA” and “Team Europe” in the Junior Golf Alliance of Colorado’s annual Junior Ryder Cup are a pretty random take-off of the real Ryder Cup. Playing for one team or another is largely haphazard.

Still, there’s been an odd trend developing in the event, which draws some of the state’s best 13-and-under golfers. Ever since the JGAC came into being in 2016, Team Europe has won the Junior Ryder Cup every time.

The fourth consecutive victory by the “Europeans” in the JGAC era came on Sunday when they rallied to prevail 18-14 at CommonGround Golf Course in Aurora. Team Europe dominated Sunday’s 18-hole singles matches 10.5-5.5, making the difference after trailing by one entering the final day.

Going 3-0 in their three matches over the weekend were Europe’s Ellie Barry and Noah Richmond and the USA’s Taylor Wilson.

Also going undefeated, with 2-0-1 records, were the USA’s Austin Barry and Brynn Balliet.

(The champions are pictured above.)