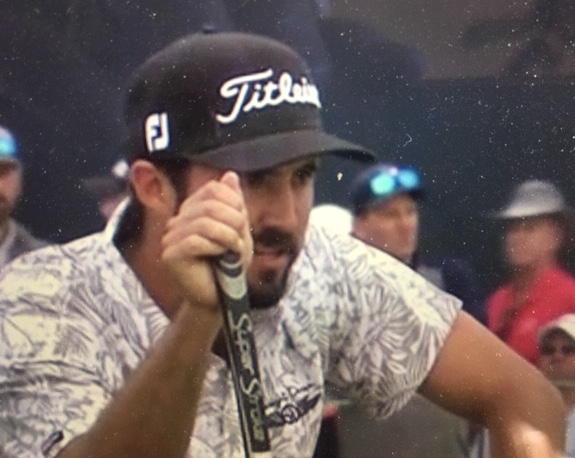 Mark Hubbard was born and bred in Denver, but he now lives in The Woodlands, north of Houston. A win on Sunday at the Houston Open would have been quite the story.

Alas, though Hubbard was very much in the race for the title — which would have been his first on the PGA Tour — until the 72nd hole, there was no fairytale ending for him.

Hubbard, who officially regained his PGA Tour card in August — through it was a foregone conclusion long before that, held the lead outright after 14 holes on Sunday in Humble, Texas. But a costly bogey on the par-5 15th hole — where he missed his only fairway of the final round and couldn’t convert an 8-foot putt — led to a runner-up finish. That’s by far his best showing ever on golf’s top circuit, but a victory would have meant exempt status for two seasons after this one as well as berths in the Masters and the PGA Championship.

The Colorado Academy graduate and 2007 Colorado junior player of the year, could have forced a playoff with a birdie from 25 feet on No. 18 Sunday, but he missed the putt to the left. And Lanto Griffin, who was also looking for his first PGA Tour victory after likewise being on the Korn Ferry Tour last season, subsequently converted on a 6-foot par putt to win by one.

Lanto had taken the outright lead on No. 16 with a 33-foot birdie.

“Obviously, I’m bummed,” Hubbard said in the Houston Chronicle. “But for two guys who have never won before, I thought we handled ourselves amazing. The putts we were making, the decisions we were making down the stretch, I feel like we played like we’ve been there before.”

With Sunday’s showing — worth $667,500 — Hubbard (pictured) moved up to seventh in the FedExCup standings. Five weeks into the 2019-20 campaign, he’s already surpassed $1 million in season earnings.