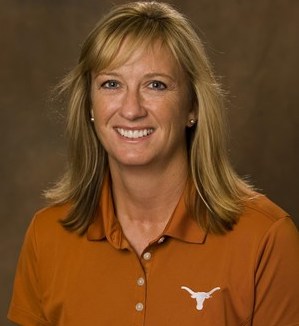 The fifth and final NCAA Division I head coaching opening at Colorado-based golf programs was officially filled on Monday, and this new hire, unlike the others, has plenty of experience at the helm of DI teams.

What was previously reported was confirmed by the University of Denver on Monday when it announced that Martha Richards has been brought in as the Pioneers women’s golf head coach. She succeeds Lindsay Kuhle, who earlier this summer resigned after eight-plus years as head coach to take a similar position at the University of Kansas.

Richards, who most recently was the athletic director at Aspen High School, has previously been a head coach of three college programs, heading up teams at Boise State (1997-98), Vanderbilt (2000-07) and the University of Texas (2007-14).

Richards, who grew up in Wisconsin, played both golf and basketball at Stanford, helping the Cardinal win the NCAA women’s hoops title in 1990.

“She has incredible head-coaching experience that will be a tremendous asset to a deep and talented team that we return to our roster this fall,” Karlton Creech, DU’s vice chancellor for athletics, said in a release. “Our student-athletes will benefit greatly from her coaching style and we’re really excited about what this program can accomplish going forward.”

Among the players on DU’s 2021-22 roster are Italian Anna Zanusso, who placed ninth individually in the NCAA National Championships in the spring, and Coloradans Caroline Jordaan and Emma Bryant.

Richards resigned at Texas in 2014 at age 44, citing health concerns. She learned at age 25 she had ovarian cancer, and at 33 she was diagnosed with thyroid cancer.

“I come back recharged and so excited to coach,” Richards said in Monday’s release. “I knew that when the right opportunity opened up I wanted to get back into coaching. This program is that right fit.”

During Kuhle’s time at the DU helm, the Pioneers won seven conference titles and she was named league coach of the year seven times. DU notched 11 team titles and 10 individual victories under Kuhle. When she was a DU assistant under Sammie Chergo, the Pioneers finished fifth (2009) and sixth (2008) in the women’s NCAA National Championships.

“The DU women’s golf team is a program I have long respected since Sammie Chergo coached here and have continued to be so impressed by the program Lindsay has run,” Richards said.

“DU is a special place and a great fit for me. I think the combination of high-level academics and high-level athletics just fits me. I love the smaller-school feel and the fact that we are in such an amazing city at Denver. My time away from coaching has allowed me to learn from other experiences and acquire new skills that will help me in coaching.”

Here’s how the DI head-coaching changes at Colorado golf programs played out this offseason:

— DU Women: Lindsay Kuhle has been succeeded by Martha Richards.

— University of Northern Colorado Men: Roger Prenzlow has been succeeded by director of golf Clayton Sikorski.

— UNC Women: Ben Portie has been succeeded by director of golf Clayton Sikorski.