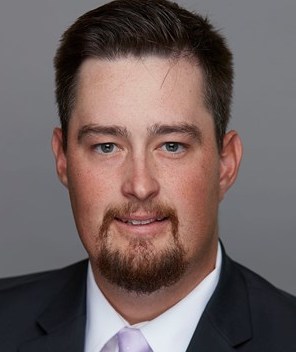 Clayton Sikorski named director of golf at UNC, where he’ll oversee both the men’s and women’s programs

With less than a month to go before the college golf season begins for some Colorado-based programs, the head coaching lineup for the local NCAA Division I teams is almost finalized — at least for the time being.

With an amazing five of the nine DI programs in the state changing coaches, four have now announced who will be at the helm to start the 2021-22 season.

Several Coloradans play for UNC, including Jack Castiglia of Lakewood, TJ Shehee of Mead, Westin Pals of Castle Rock and Marcus Tait of Littleton on the men’s side, and Amy Chitkoksoong of Aurora and Jenna Chun of Highlands Ranch on the women’s.

The only DI program that has yet to announce its golf head coach for 2021-22 is the University of Denver women following Lindsay Kuhle taking the women’s coaching job at the University of Kansas. But the Aspen Times reported last weekend that Aspen High School athletic director Martha Richards has resigned to take the DU women’s golf head coaching job. Richards was the head coach at Vanderbilt and the University of Texas for seven years each from 2000-14 after being at the Boise State helm in 1997-98. She played both golf and basketball at Stanford, helping the Cardinal win the NCAA women’s hoops title in 1990.

Here’s the status of the DI head coaching changes in Colorado golf programs:

— DU Women: Lindsay Kuhle’s successor has not yet been announced, but Martha Richards reportedly is the next head coach.

— University of Northern Colorado Men: Roger Prenzlow has been succeeded by director of golf Clayton Sikorski.

— UNC Women: Ben Portie has been succeeded by director of golf Clayton Sikorski.