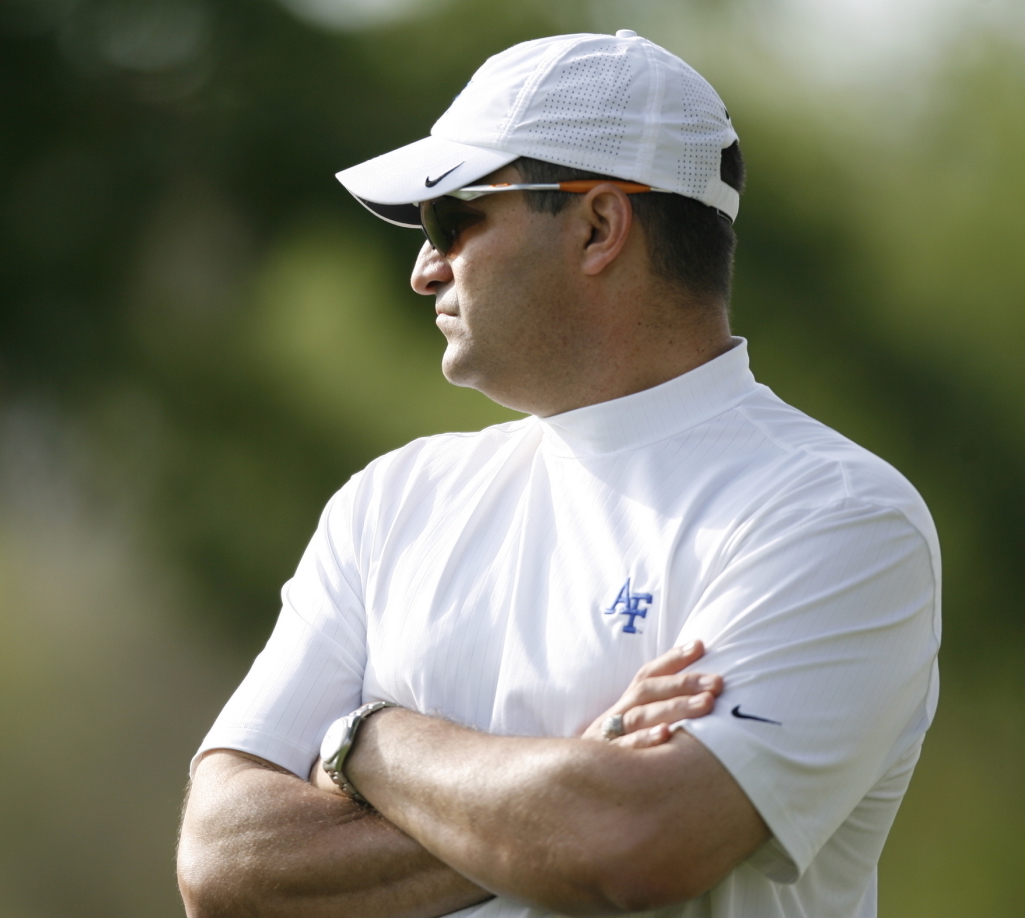 The game of head coaching musical chairs for Colorado-based NCAA Division I golf programs this summer continues to expand.

Entering the fray on Thursday was the Air Force Academy, which announced that longtime men’s golf head coach George Koury has been named associate athletic director for recruiting and will be replaced on an interim basis by assistant golf coach Tyler Goulding.

That means that five of the nine DI golf programs in Colorado are undergoing — or have undergone — head coaching changes this summer.

Koury had been the “dean” of men’s DI Colorado golf head coaches, having served at the AFA helm for 19 years after three years as an assistant coach for the Falcons. Koury succeeded Gene Miranda, who was AFA coach for 25 years and who has since been inducted into the Colorado Golf Hall of Fame.

During Koury’s time as Air Force coach, the program had two of its best players ever, Tom Whitney and Kyle Westmoreland. Whitney is now a regular on the Korn Ferry Tour and Westmoreland this year became the first former Falcon to compete in a major championship as he played in — and made the cut at — the U.S. Open.

Under Koury, Air Force won titles at its own Gene Miranda Falcon Invitational in 2005 and ’13, two of the program’s 13 team wins with Koury at the helm.

“Over the last 19 years, it has been my privilege, along with many fine assistant coaches, to work with and develop some of the finest young men and women around,” Koury said in a release.

Here’s the status of the DI head coaching changes in Colorado golf programs:

— DU Women: Lindsay Kuhle’s successor has not yet been announced.

— University of Northern Colorado Men: Roger Prenzlow’s successor has not yet been announced.

— UNC Women: Ben Portie’s successor has not yet been announced.