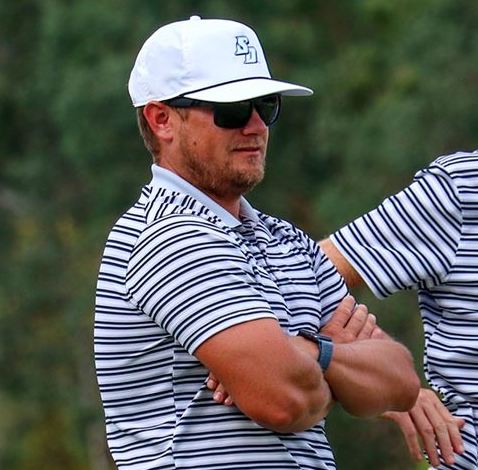 One down, three to go.

In a summer of head-coaching turnover in the NCAA Division I golf ranks that Colorado has rarely, if ever, seen before, the first of five vacancies has been filled.

For the second time in just over a year, the University of Denver announced the hiring of a new men’s golf head coach, naming University of San Diego assistant coach Logan Goulding to the job on Wednesday.

“I am extremely humbled and grateful for the opportunity to be the next head men’s golf coach at the University of Denver,” Goulding said in a release. “Denver is a phenomenal institution with a history of success. I can’t wait to get started.”

Goulding spent the past four seasons with the Toreros, who finished 27th in the NCAA National Championships late in the spring. Before going to San Diego, Goulding was head coach of the Hawaii Pacific University’s men’s and women’s programs during the 2016-17 season. He was a professional caddie prior to going into coaching on a long-term basis.

As a college player, Goulding competed at the University of Hawaii-Hilo, where he was a three-time PacWest All-Conference selection.

DU won the Summit League title in the spring and narrowly missed advancing from the NCAA Regionals to the NCAA National Championships.

The DU roster includes two Colorado residents: Jackson Solem of Longmont, who will be playing in next week’s U.S. Amateur, and Ryder Heuston of Louisville. Another U.S. Am qualifier, Connor Jones of Westminster, recently transferred from DU to Colorado State.

And Cal McCoy of Highlands Ranch, like Solem a mainstay for the Pioneers, announced on Monday he’s transferring to the University of Arizona. McCoy played three seasons at DU, claiming individual titles in the Summit League Championship and Les Fowler Invitational in 2019.

“Proud to become a Wildcat!” McCoy said on Instagram. “I’d like to thank all of my friends, family, teammates, and coaches who have supported me along the way. #beardown”

Division I golf programs in Colorado who have lost head coaches in the offseason but have yet to announce new hires are the DU women, the University of Northern Colorado men and women, and the Air Force Academy men.