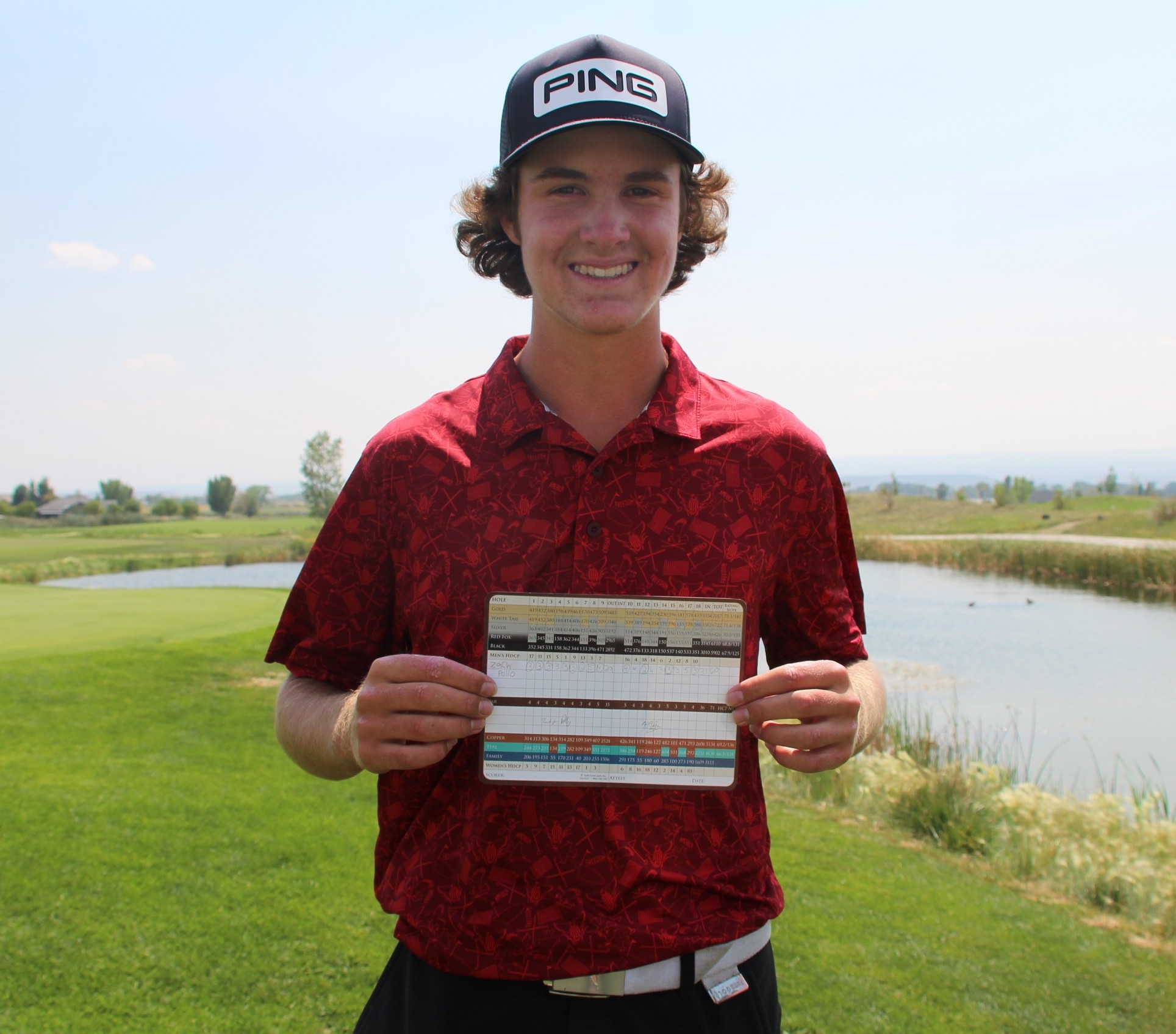 Zachery Pollo had a scorecard worth showing off on Wednesday.
(Photo: AJGA)

It must be something in the water — or the thin air — at Colorado-based AJGA tournaments.

Six years ago, in a jaw-dropping feat at the inaugural AJGA Hale Irwin Colorado Junior, Reese Ramsey of Austin, Texas not only set a course record at CommonGround but he tied the low round in the history of the AJGA with a 10-under-par 61 that vaulted the 16-year-old to victory.

But on Wednesday in Montrose, Zachery Pollo of Rocklin, Calif., did Ramsey one better.

Pollo shot the lowest 18-hole score in AJGA history with an 11-under-par 60 in the second round of the AJGA Junior Open at The Bridges presented by City of Montrose. The future University of Arizona golfer made an eagle, 10 birdies and a bogey at The Bridges, setting the course record. He shot a 6-under 29 on the front nine, his second nine of the day.

As for the AJGA, it’s been around since 1978, and none of the luminaries who have played over the years — including Tiger Woods, Phil Mickelson, Jordan Spieth, Justin Thomas, Collin Morikawa, etc. — have had a better round on that junior circuit than Pollo did on Wednesday.

The 60 gave Pollo a two-day total of 13-under-par 129 and a five-stroke lead in the boys competition.

Luke Cushman of Castle Rock, runner-up in last week’s AJGA’s Colorado Springs Junior by Centura Health, holds second place at 134 after his second straight 67. He made seven birdies and three bogeys on Wednesday.

Jack Cantlay of Los Alamitos, Calif., younger brother of four-time PGA Tour winner Patrick Cantlay, is third at 135 after a 69. First-round leader Hunter Swanson of Denver is in a three-way tie for fourth at 136 following a second-round 71.

In the girls tournament, Mallory Matthews of Hondo, Texas, fired her second consecutive 68 to increase her lead to five strokes. She carded four birdies and one bogey on day 2.

Montgomery Ferreira of Tacoma, Wash., is second at 141 after a 71, while Kaylee Chen of Parker is the top Coloradan among the girls, sharing third place at 142. Chen posted a second-round 70 that included four birdies and one bogey.

The 54-hole tournament will conclude on Thursday.

For all the scores from Montrose, click on the following: BOYS, GIRLS.