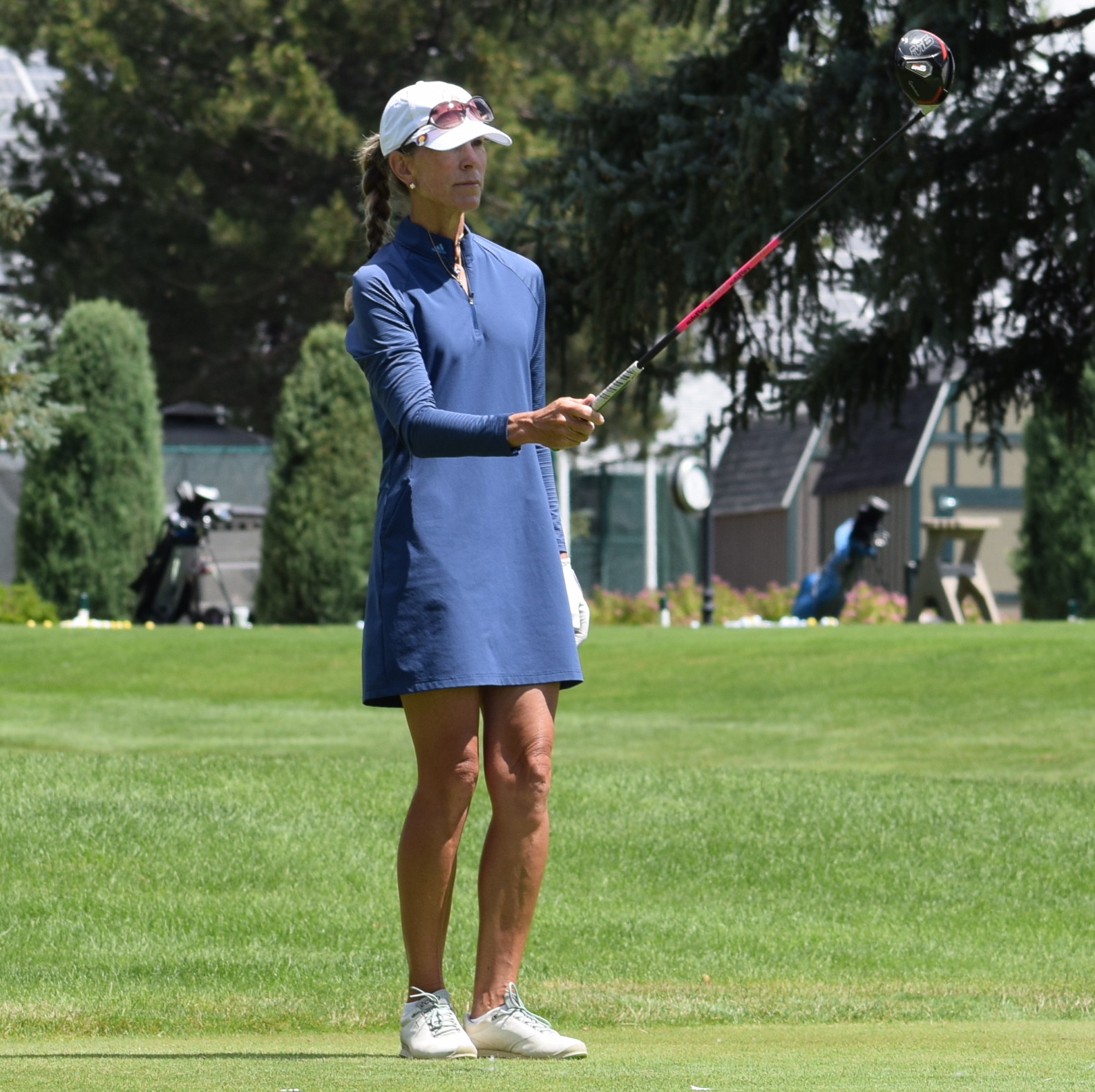 Kristine Franklin, winner of the CGA Women’s Senior Stroke Play in 2018 and ’19, took a step toward a third title on Monday by grabbing a two-shot lead at her home course, The Ranch Country Club in Westminster.

Franklin, owner of four CGA women’s senior major victories along with a win in the 2021 Women’s Mid-Am Stroke Play, fired an even-par 71 in round 1 of the 36-hole event. The former pro birdied two of her last three holes and finished the day with three birdies and three bogeys.

Only one player is closer to the lead than five strokes. Colorado Golf Hall of Famer Kim Eaton, a five-time winner of this event, opened with a 73. Eaton, who partnered with Franklin in the CGA Women’s Mashie Championship earlier this year, carded two birdies and four bogeys in her quest for a 26th CWGA/CGA women’s title. Eaton last won the CGA Women’s Senior Stroke Play in 2017.

The only other player to shoot 80 or better on Monday was defending champion Marilyn Hardy of Dos Rios Golf Club, who carded a 77, which leaves her in fifth place.

In the Masters division for competitors 70 and older, Jan Ugale of Glenmoor Country Club posted the best net score on Monday, a 2-under-par 69, while Jane Ford of Hyland Hills had the top gross total, a 7-over-par 78.

For all the scores from The Ranch CC, CLICK HERE.