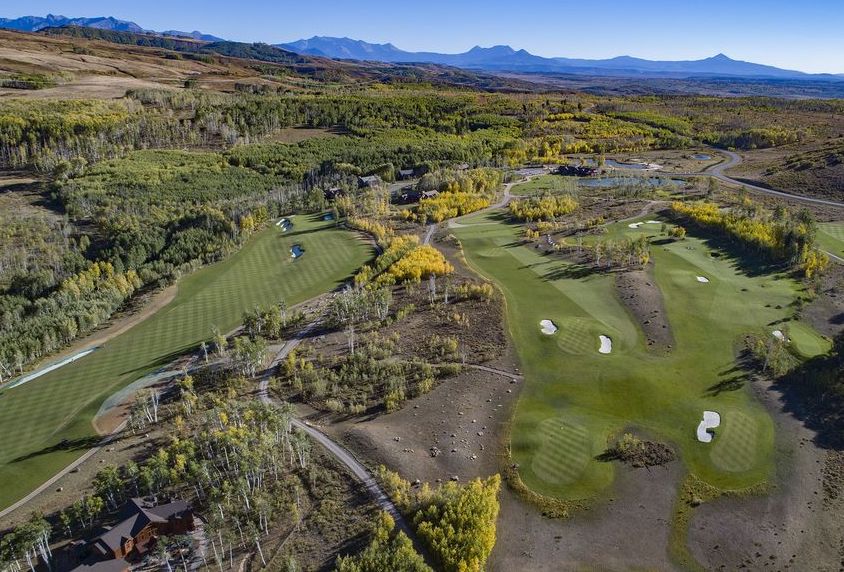 From Montrose to Windsor & Fort Collins to Colorado Springs, 2021 CGA championship and USGA qualifying sites cover much of the state; registration for many events opens March 15

But when it comes to the CGA and the championship and USGA qualifying tournaments it conducts, 2021 competitions will be spread far and wide — with that even being the case for some of the association’s most prestigious events.

With registration for many of the 2021 CGA championships opening on March 15 — including all the men’s championships and a few of the women’s tournaments — it’s worth noting how venues cover much of the state as well as other things unique to this year’s schedule.

First, the geographic rundown for CGA championships and USGA qualifiers:

— Southern Colorado: One of the CGA’s top championships, the CGA Amateur, will be held in Colorado Springs for the first time since 1983. This year, it will be conducted at the Country Club of Colorado July 15-18, a couple of weeks earlier on the calendar than usual. Before this drought for the CGA Amateur in Colorado Springs, the event was held three consecutive years in the Springs, with future U.S. Open champion Steve Jones winning at the CC of Colorado in 1981, then University of Colorado teammate Rick Cramer prevailing in 1982 at The Broadmoor and Mark Armistead in 1983, also at The Broadmoor.

— Western Colorado: The western half of the state will host plenty of CGA championship and USGA qualifying action in 2021.

One of the most prestigious Colorado-based USGA qualifiers of the year — for the U.S. Senior Open — is headed for the Jack Nicklaus-designed Country Club of the Rockies in Edwards, west of Vail, on May 18.

The CGA Women’s Brassie Championship is set for Aug. 9-10 at River Valley Ranch in Carbondale.

— Southwest Colorado: The 50th CGA Senior Amateur (Sept. 21-23) is bound for Cornerstone Club, a Greg Norman-designed course in the high country near Montrose. Cornerstone operated from 2008-11 (it also held the CGA Senior Amateur in 2009), closed in the wake of the Great Recession, then reopened the full course in 2019 after a renovation by Matt Dusenberry and Dusenberry Golf Course Design.

As usual — except for last year, when most USGA qualifying events were canceled due to Covid-19 — Collindale Golf Course in Fort Collins will host one of the three U.S. Open Local Qualifying tournaments held in Colorado (May 4).

Fort Collins Country Club has long been one of the U.S. Amateur qualifying sites in Colorado (along with Columbine Country Club), and this year the FCCC event is set for July 19.

The U.S. Senior Amateur qualifying is planned for Ptarmigan Country Club in Fort Collins on July 26.

And U.S. Mid-Amateur qualifying is scheduled for Aug. 19 at Highland Meadows Golf Course in Windsor.

In other notable highlights from the CGA championship and USGA qualifying schedules in Colorado:

— City Park Golf Course in Denver reopened late last summer after being closed for nearly three years. During that time, the historic course was redesigned by Todd Schoeder, with World Golf Hall of Famer Hale Irwin serving as a consultant. In 2021, for the first time the new course will host a CGA championship and a USGA qualifier.

The U.S. Senior Women’s Open qualifying is planned for July 12 at City Park, which also will host the CGA Mid-Amateur Oct. 1-3.

— The 36-hole U.S. Women’s Open qualifying, which sends the top finishers directly to arguably the top women’s tournament in the world, will be conducted at The Ranch Country Club in Westminster on May 10. As for Local qualifying for the U.S. Open, the first of a two-stage qualifying process, it will take place at the aforementioned May 4 (Collindale), May 10 (Walnut Creek Golf Preserve in Westminster) and May 13 (CommonGround Golf Course in Aurora).

— The CGA’s oldest championships, the Match Play and Women’s Match Play, will be held concurrently and at the same two courses for the first time June 7-12 — as part of an ongoing plan to do likewise in future years. In 2021, stroke-play qualifying and the early match-play sessions will be held at CommonGround, with the quarterfinals through the finals of each event set for Colorado Golf Club, which has hosted a Senior PGA Championship, a Solheim Cup and a U.S. Mid-Amateur. Both title matches will be conducted on the same day, meaning two major state amateur champions will be presented their trophies at roughly the same time.