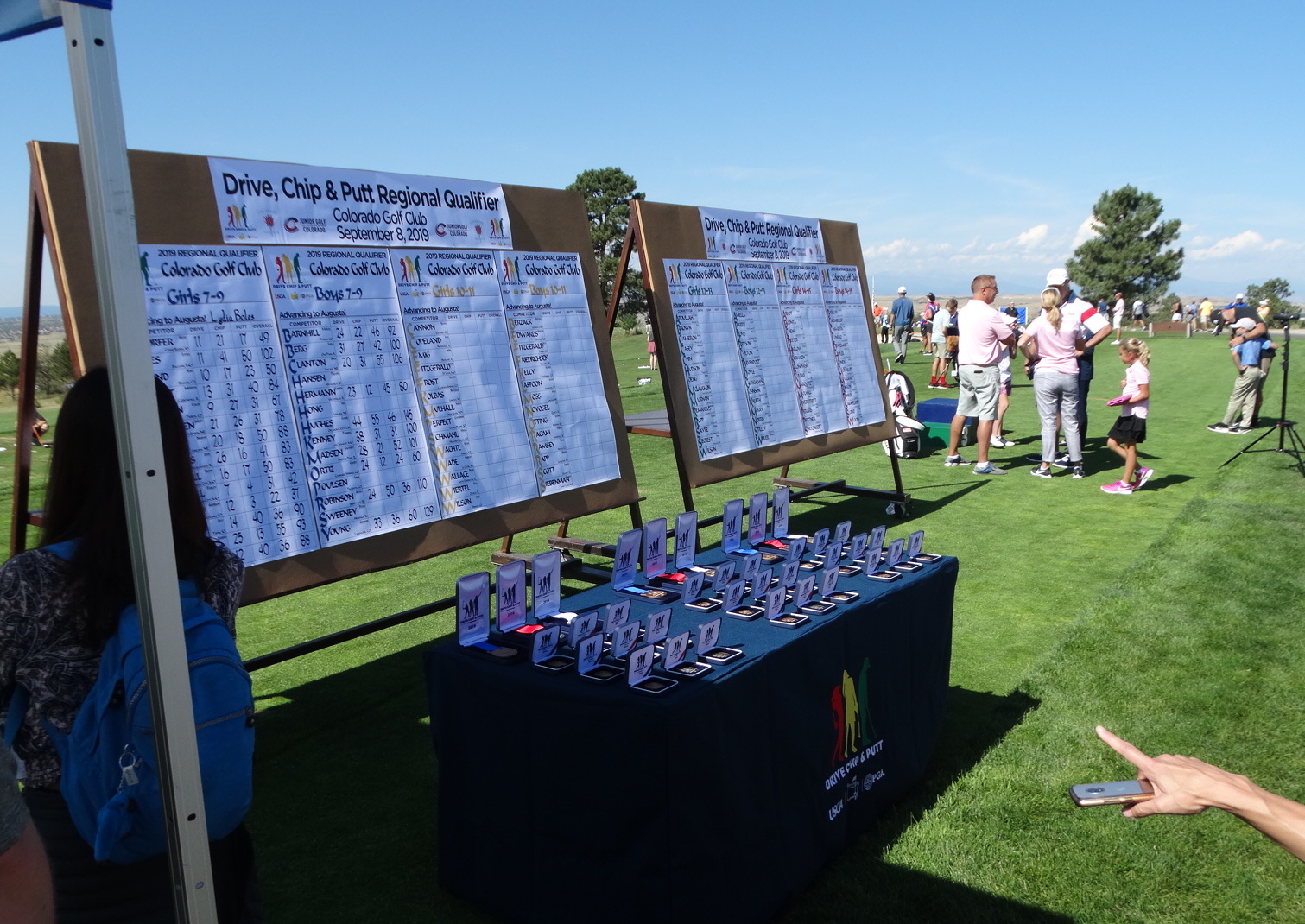 After the entire 2020 schedule was canceled due to the Covid-19 pandemic, Drive, Chip & Putt competitions will resume on April 4, when the 2021 National Finals will be conducted at Augusta National Golf Club in Georgia on the eve of the Masters.

No Coloradans will compete in that event as none qualified for these National Finals, which were originally scheduled for April of 2020. But certainly there will be plenty of local players who will vie in DCP events this year with hopes of going to Augusta National in 2022.

In fact, when Drive, Chip & Putt registration opened earlier this month and the qualifying schedule for this year was announced, Colorado played a prominent role as it will host a regional qualifying event for just the second time. The top finishers in each age/gender division at the regional qualifiers land berths in the 2022 National Finals at Augusta, set for April 3.

Colorado Golf Club in Parker, which hosted a DCP regional qualifier for the first time in 2019, will do the honors again on Sept. 19, 2021. CGC is no stranger to big-time events in golf, having been the site of the 2010 Senior PGA Championship, the 2013 Solheim Cup and the 2019 U.S. Mid-Amateur.

In all, 10 courses around the country are hosting DCP regional qualifying this year — and a stellar list it is. It also includes sites which have been home to a total of 18 U.S. Opens, nine PGA Championships and four Ryder Cups in the past. Most notably, regionals are set for Pebble Beach Golf Links in California, Medinah Country Club in Illinois, Oak Hill Country Club in New York and Oakland Hills Country Club in Michgan. Also on the regionals list are TPC Scottsdale, Quail Hollow, TPC River Highlands, Alotian Club and The Bear’s Club.

Regionals are the third of three stages of DCP qualifying, following locals and sub-regionals. Nine Colorado sites will host locals, and two will be sub-regional sites: Murphy Creek Golf Course in Aurora on Aug. 14 and Thorncreek Golf Course in Thornton on Aug. 28. For the entire list of 2021 Colorado-based DCP qualifiers, which are conducted by the Junior Golf Alliance of Colorado, CLICK HERE.

DCP is sponsored by the Masters, the USGA and the PGA of America. The competition typically is limited to players 7-15, though this year in the National Finals there will be some older kids because they were originally scheduled to compete last year.

To register for Drive, Chip & Putt 2021 qualifying events, which begin May 24 in Colorado, CLICK HERE.