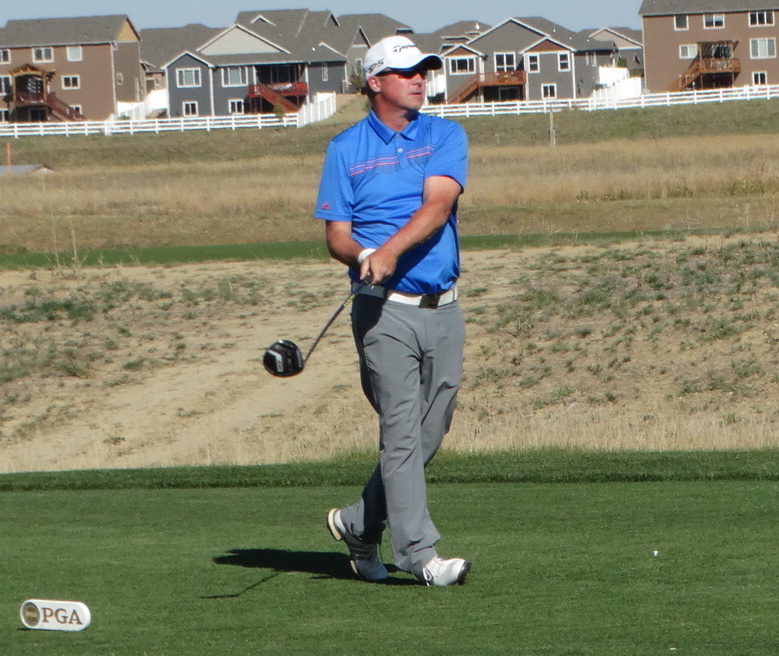 Fitzgerald, Rohrbaugh, Andonian-Smith and Lanting no strangers to Colorado PGA Player of the Year honors

The Colorado PGA will hold its Special Awards Gala at Colorado Golf Club in Parker on Friday, and while many of its award winners were announced in early August, some have been finalized in the interim, including the Section’s four players of the year.

Caine Fitzgerald, an assistant professional at Meadow Hills Golf Course, earned the Dow Finsterwald Player of the Year award for the second time, having previously captured the honor in 2013.

The left-hander (pictured above) won the season-long Colorado PGA Match Play Championship. He beat Dillon Joslyn of Heritage Eagle Bend 5 and 4 in round of 16; Dan Sniffin of Omni Interlocken 4 and 3 in the quarterfinals; Eric Bradley of Catamount Ranch and Club 3 and 1 in the semifinals; and Jack Allen of Cherry Hills 2 up in the title match.

Doug Rohrbaugh, an instructor at both Snowmass Club and Lakota Canyon who is teaching in China for the next six months, captured the Senior Player of the Year award for the fifth time, matching Dave Arbuckle’s record in the category. Rohrbaugh, a three-time winner of the Colorado PGA Professional Championship as a senior player, previously won the SPOY award in 2012, ’13, ’14 and ’18.

Last year, Rohrbaugh became the first person to earn the Colorado PGA’s POY and SPOY honors in the same year.

Sherry Andonian-Smith of Valley Country Club landed the Women’s Player of the Year honor for the second time in the two years the award has been given. She prevailed in the Colorado PGA Women’s Championship for the first time in the four-year history of the event, winning by one stroke in the 36-hole event.

Ben Lanting of Bear Creek Golf Club claimed the Associate Player of the Year honors for the second straight season. He won the National Car Rental PGA Assistants Championship for the second consecutive year, this time by one stroke over Fitzgerald.

Here are the winners who will be honored on Friday at the Colorado PGA’s Special Awards Gala at Colorado Golf Club:

President’s Award (promoting and enhancing PGA professionals, the PGA Section and the game of golf and contributing to the betterment of the golf professional vocation) — Colorado Golf Club

Vic Kline Award (to Section board of directors member for outstanding service and leadership for the Section) — Bobby Quaratino, West Woods GC

Golf Professional of the Year — Russ Miller, The Broadmoor. (For earlier 2019 honors for Miller, CLICK HERE and CLICK HERE.)

Private Merchandiser of the Year — Andrew Hedrick, The Country Club at Castle Pines