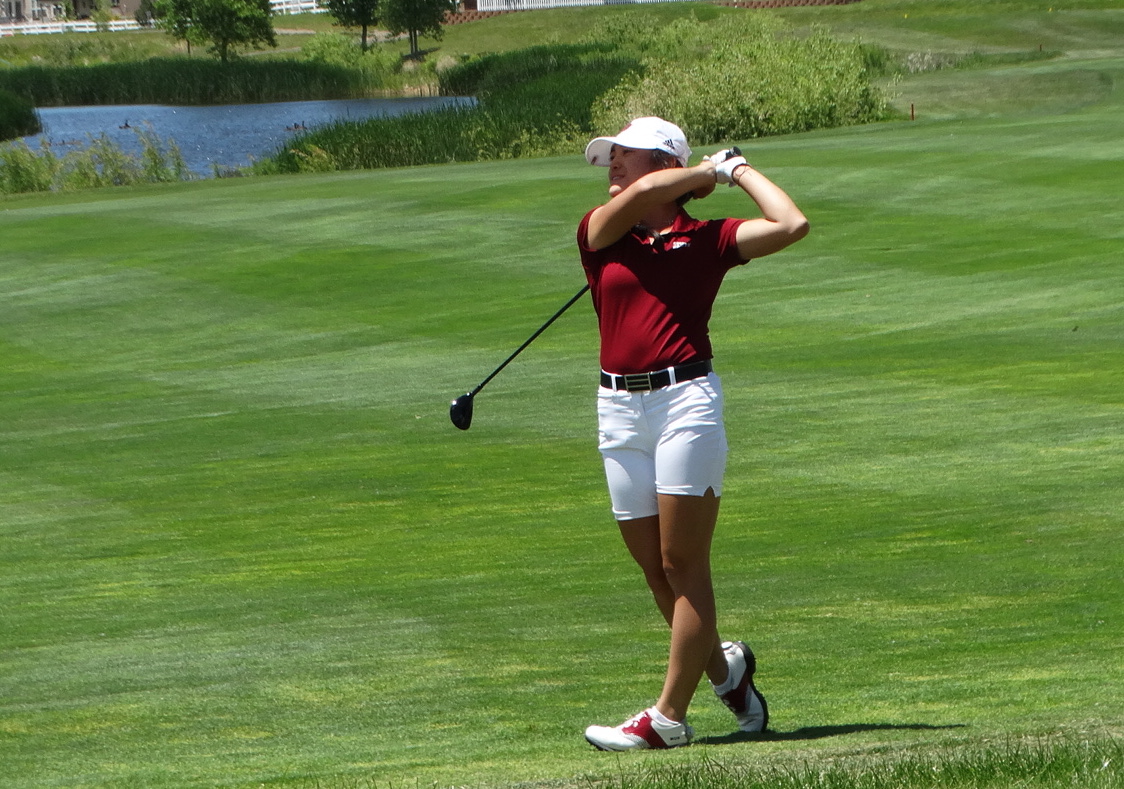 DU’s Weinstein earns three-peat as CGA Women’s POY; Franklin the Senior Player of Year for second straight season; both swept their majors in 2019

Mary Weinstein certainly doesn’t lack for player of the year honors in Colorado golf. She was the girls junior POY twice (2015 and ’16), and she’s been named the CGA Women’s POY each of the past two years.

And in 2019, in what Weinstein said could be her last summer competing regularly in elite-level tournaments, the Highlands Ranch resident made it three straight CGA Women’s Player of the Year honors.

With the three-peat, the University of Denver senior (pictured above) joins current LPGA Tour player Jennifer Kupcho as the only winners of the CGA Women’s Player of the Year award three straight years. The Women’s POY, long known as the CWGA Player of the Year, debuted in 1995. Kupcho earned her three straight from 2014 through ’16 before receiving the President’s Award — the CWGA’s highest honor — in 2017.

“This (award) means a lot because this past summer might be the last time that I ever play (an elite-level schedule),” Weinstein said this week. “And it means a lot because it shows all my hard work over the past year has paid off. I’m really excited and super grateful.”

Unlike many amateurs with similar golf accomplishments, Weinstein (pictured above) said she “most likely” isn’t going to pursue a career in professional golf. Instead, she’s looking at seeking a Masters degree, possibly while also becoming a graduate assistant or an assistant coach for an NCAA Division I golf program.

“That would be a great transition out of playing golf. That’s the ideal,”said the 21-year-old, who plays out of the University of Denver Golf Club at Highlands Ranch.

Even if she decides to remain an amateur, Weinstein said it’s unlikely she’ll continue to compete at a high level in golf after wrapping up her college career in the spring.

If that does turn out to be the case, Weinstein certainly will have gone out on a high note in her final summer season of elite golf.

This year, Weinstein left little suspense regarding the Women’s POY award as she swept the CGA’s two major women’s championships — the Stroke Play and the Match Play. She became just the third player since 1990 to win the Women’s Stroke Play and Match Play titles in the same year, joining Kupcho (2016) and Colorado Golf Hall of Famer Kim Eaton (2004).

And Weinstein not only won, but with huge victory margins. In the Stroke Play, she prevailed by six over runner-up Erin Sargent.

And in the scheduled 36-hole Match Play final, she overcame Sargent 11 and 10. That was the second-most-lopsided final in the recent history of the event, with only Kupcho’s 12-and-10 win in 2016 being larger. Prior to about a dozen years ago, records for the championship aren’t complete.

Asked what she’s most proud of from her 2019 summer season, Weinstein said, “Definitely the Match Play Championship because I’m not quite the best at match play because my normal golf is a lot of pars and maybe and bogey and a birdie here and there. If you want to win the match play, you can’t really have a lot of pars. You’ve got to make a lot of putts and a lot of birdies. Match play is a different type of golf, so I was really excited about (winning) that one.”

Also in 2019, Weinstein claimed titles in the Women’s Denver City Amateur (by three strokes) and in the Summit League individual competition (by seven). Twice so far in this fall college season, she’s posted top-10 finishes, including a second place out of 15 players in DU’s Ron Moore Intercollegiate this month.

Weinstein, who led the CGA women’s Player of the Year points standings, was recently named Golf Person of the Year by the Colorado Golf Hall of Fame.

Weinstein wasn’t the only one to repeat as winner of a CGA women’s player of the year honor. Also in 2019:

Kristine Franklin of The Ranch Country Club earned the CGA Women’s Senior Player of the Year award for the second consecutive season.

Like Weinstein with her CGA women’s major sweep in 2019, Franklin claimed titles in both of the senior majors — the Women’s Senior Match Play and Senior Stroke Play. In fact, with those two victories, the former touring pro in Japan has now won the last three CGA women’s senior majors.

Franklin prevailed at the CGA Women’s Senior Stroke Play for the second consecutive year, becoming the seventh different player to claim back-to-back titles in the event. This time, she took the top spot by one over Eaton, who was also the runner-up in 2018.

And, in a rematch of the 2018 final of the CGA Women’s Senior Match Play, Franklin turned the tables by defeating Tiffany Maurycy, 1 up.

Franklin returned to competitive golf in 2017 after an 18-year layoff. In her original stint as an amateur, Franklin won the 1986 CWGA Stroke Play.

Franklin is the wife of University of Colorado women’s golf assistant coach Brent Franklin; the mother of Walker Franklin, one of the top junior players in the state; and the brother of former University of Denver men’s golf head coach Eric Hoos. This fall, Kristine Franklin again served as an assistant coach at Prospect Ridge Academy, where Walker Franklin played (finishing second at state in Class 3A) and where Eric is the head coach.

For a story on the men’s CGA Player of the Year awards, CLICK HERE.