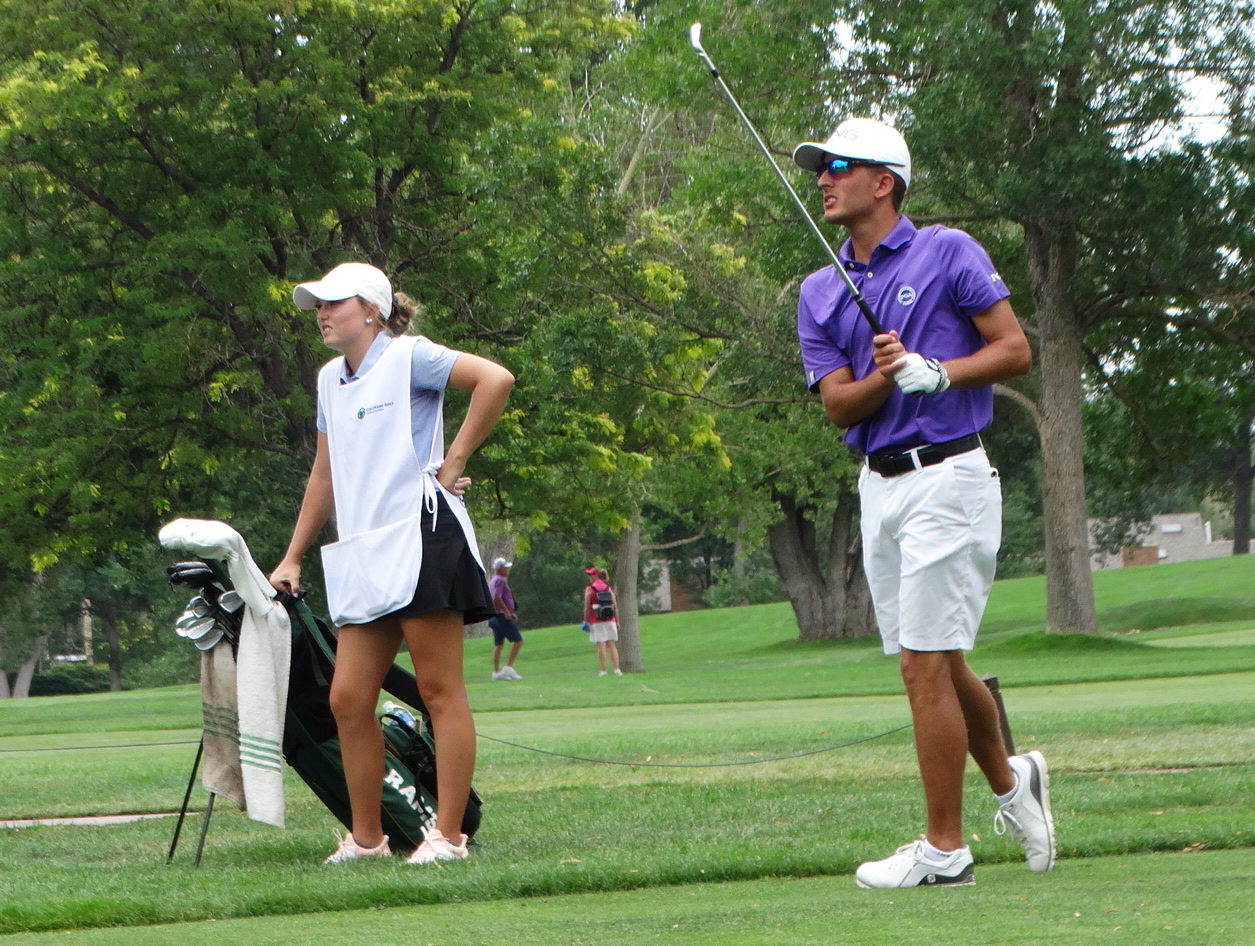 This fall, for the third consecutive year, a CSU golfer has been named the CGA’s Les Fowler Player of the Year. And, an argument could be made that the streak is actually four straight years old.

In 2019, the honor goes to Davis Bryant, a sophomore from Green Valley Ranch Golf Club. Last year, the award went to AJ Ott. In 2017, it was Jake Staiano. In 2016, the winner was Kyler Dunkle, who played the first half of that calendar year for CSU before transferring to the University of Utah.

You get the idea. The Rams have been a force in Colorado amateur golf, even in the college offseason.

“It’s pretty cool to be in that group of names,” Bryant said of past CGA Players of the Year. “And obviously being a Ram, like the other guys, is pretty cool as well. For me, it was a nice surprise.

“To be able to get the best players from Colorado that coach (Christian) Newton has been able to get, that’s a reason why CSU has started to have some really good success the last three or four years. The Rams are getting a bigger name for themselves year-in and year-out.”

This time around, Bryant earns the CGA honor while still a teenager. The 2017 Boys Junior Golf Alliance of Colorado Player of the Year won the CGA Amateur at Lakewood Country Club at age 19, becoming just the fourth player under 20 to win the event in the 21st century, joining Wyndham Clark (age 16 in 2010), Steven Kupcho (19 in 2012) and Chris Korte (19 in 2015).

“Since this is my first year doing (open-age) amateur golf, going away from the junior golf and stepping up my game with all the best amateurs in the state of Colorado, it means a lot to know that my game can travel from the junior circuit to (the next levels),” Davis said. “I’m proud of myself knowing that my game is where it needs to be. Where it is now and where I was over the summer, I was very happy with how I was playing and the scores I was shooting and how I was handling myself and all those types of things. So it’s a proud moment knowing the work is paying off and an award like Player of the Year just sort of solidifies everything I’ve been working toward.”

Of course, Bryant is no stranger to winning significant events in the state. Four times during his junior days, the Aurora resident claimed titles in JGAC majors, in addition to a 5A state high school individual title.

In 2019, as noted, he ventured into open-age events in a significant way, and the results were impressive:

— Winning the CGA Amateur in his first time competing in the championship. He led wire-to-wire in Lakewood. (Bryant is pictured at top with sister/caddie Emma.)

— Finishing second among the amateurs (to Ott) at the CoBank Colorado Open. He was also competing there for the first time, even though his dad Matt is the PGA general manager at Green Valley Ranch and has worked at the club since 2006. Mom Julie is the director of operations for the Colorado Open Golf Foundation and has had a job at GVR also since 2006.

In addition, Bryant advanced to the round of 16 at the CGA Match Play and eventually finished atop the CGA Player of the Year standings. And during the current college season, he finished second out of 95 players at the Ram Masters Invitational, the event CSU hosts at Fort Collins Country Club. Bryant also placed seventh in the spring at the Cougar Classic.

“I hadn’t played with ‘real adults’ too much before this year other than a couple of U.S. Open qualifiers, so that was a little bit of a difference,” Davis said. “I really enjoyed that. I enjoyed meeting new people like Shawn Wills and Nick Nosewicz and Jon Lindstrom and playing against them because I had heard their names and knew they had had a lot of success. And I enjoyed the competition that came with it. And fortunately to come out on top, that makes it feel even better. That was one of parts of the summer I enjoyed the most.

“It was fun competing in higher-stakes events compared to the junior events I had played in in the past.”

Bryant is one of four male CGA player of the year honorees for 2019. Later this week, we’ll publish a story on the CGA’s female POYs. Here are the other male award winners:

— Ryan Axlund of Valley Country Club, CGA Mid-Amateur Player of the Year: Chris Thayer of Walnut Creek Golf Preserve has had a monopoly on this honor recently, having won it four consecutive years. But an impressive late season by Axlund landed him the Mid-Am award in 2019.

First, he qualified for just the second U.S. Mid-Amateur ever held in Colorado. Then at the national championship at Colorado Golf Club in September, he advanced to match play — making the top 64 out of a field of 264. And he won a match in a USGA championship for the first time before eventually losing in the round of 32.

Just a few weeks later, an improbable feat led to Axlund winning the CGA Mid-Amateur Championship. On the third-to-last hole of the tournament, he flew a 3-iron tee shot into the hole on the 245-yard 16th at Legacy Ridge Golf Course, making his first hole-in-one in 24 years. Axlund went on to win the title by four strokes.

Elsewhere in 2019, Axlund finished fifth in the Denver City Amateur and 20th at the CGA Amateur.

— Scott Sullivan of Bookcliff Country Club, CGA Senior Player of the Year: Sullivan won the 50th CGA Senior Match Play — his first overall CGA title — in impressive fashion in late June at The Meadows. On the final day, he beat defending champion John Hornbeck in the morning semifinals 4 and 2. Then in the afternoon, he prevailed 5 and 4 in the final over Steve Ivan, the 2018 CGA Senior Player of the Year. In the 30 holes he played that day, Sullivan was 12 under par.

Sullivan qualified for the U.S. Senior Amateur for the fourth time, just missing advancing to match play at the national championship after falling short in a playoff. He finished 14th in the CGA Senior Amateur and was the 2019 points leader among CGA senior players.

— Sean Forey of The Club at Rolling Hills, CGA Super-Senior Player of the Year: Forey, the mayor of Morrison, ruled as the Super-Senior POY for the second consecutive year after leading the CGA’s super-senior point standings. In May, he won his second straight CGA super-senior major by earning the SS Match Play title at Willis Case, rallying for a 2-and-1 victory over Lonnie Miller in the finals. In 2018, Forey also won the CGA Super-Senior Amateur, an event in which he placed third this year.

In addition to winning the the CGA Super-Senior Player of the Year honors twice now, he was the CGA Senior POY in 2010. Forey has twice been low amateur in the CoBank Colorado Senior Open.