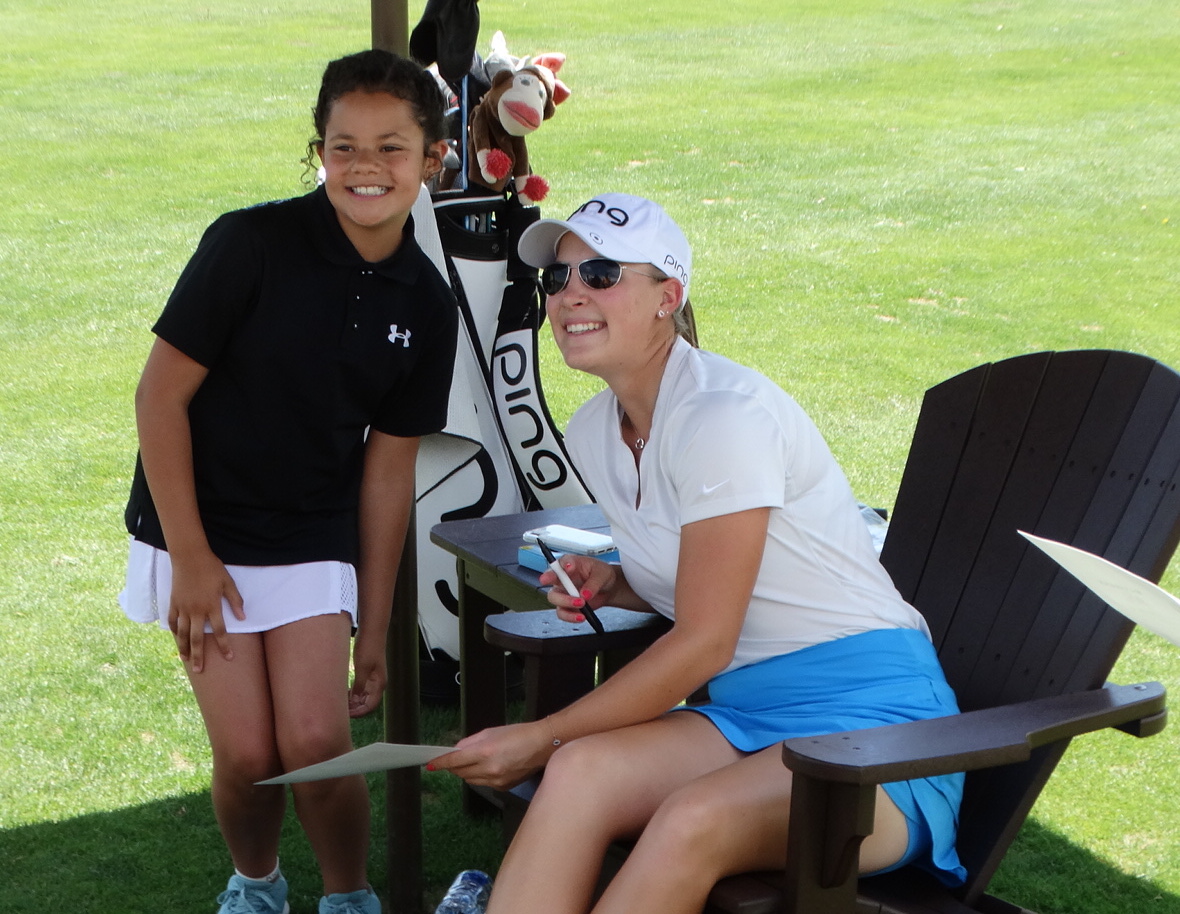 In this week’s tournament within a tournament — also known in LPGA Tour circles as the Race to the CME Globe — Jennifer Kupcho of Westminster made some inroads on Sunday.

Needing a top-40 finish to earn points in her quest to qualify for the lucrative season-ending CME Group Tour Championship, set for Nov. 21-24 in Naples, Fla., Kupcho moved up in the final round from 45th place to tie for 33rd in the BMW Ladies Championship in Busan, South Korea.

The tournament was the second stop in the four-event LPGA Asian swing.

Kupcho needs to be in the top 60 in the season-long Race to the CME Globe points competition as of the end of the Toto Japan Classic on Nov. 10 in order to qualify for the Tour Championship.

With Sunday’s showing, the former world’s top-ranked amateur moved up from 60th to 57th in the standings. She started the Asian swing in 64th place. For the complete standings, CLICK HERE.

In Korea, Kupcho had a solid weekend to make headway. The 2019 Augusta National Women’s Amateur champion went 72-73-69-70 for a 4-under-par 284 total, which left her 15 strokes behind champion Ha Na Jang of South Korea.

Over the course of the tournament, Kupcho made an eagle, 14 birdies, 10 bogeys and a double bogey. She earned $12,673 on Sunday, bringing her rookie-season earnings on the LPGA Tour to $419,451, good for 43rd place overall.

Qualifying for the the CME Group Tour Championship would be no small matter for Kupcho as it will feature a $5 million purse, with $1.5 million going to the winner, which makes it the largest single prize in the history of women’s golf.

Kupcho (pictured during an exhibition earlier this year at Green Valley Ranch Golf Club) didn’t start accumulating CME Globe points until late May, when she formally accepted her LPGA Tour card after wrapping up her college career at Wake Forest.

After top two-five finishes in July, including a second place at the LPGA major at the Evian Championship, Kupcho missed the cut in five of her next six events before placing 27th and 33rd in her first two events in Asia.

Kupcho and Colorado Sports Hall of Famer Dale Douglass will be the first recipients of the Hale Irwin Medal during a dinner at The Broadmoor in Colorado Springs on Nov. 23. The medal recognizes outstanding Colorado golfers who “exhibit competitiveness, resiliency and a proven record of winning.” Should she qualify for the CME Group Tour Championship, Kupcho won’t be able to attend the Hale Irwin Dinner in person given the conflict of dates.