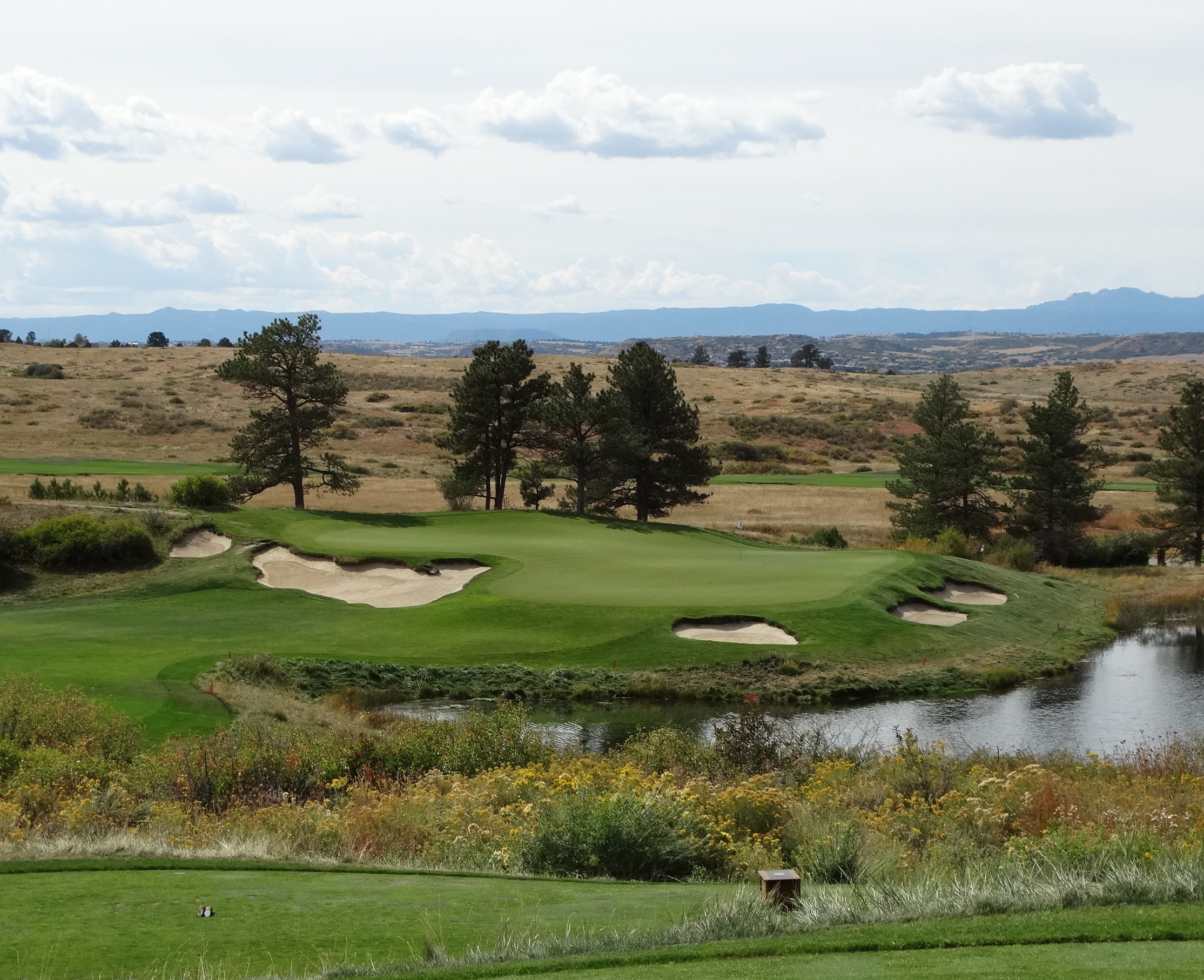 (Note: This is the second in an occasional series of U.S. Mid-Amateur articles that will appear on ColoradoGolf.org leading up to the national championship for players 25 and older being held at Colorado Golf Club and CommonGround Golf Course Sept. 14-19. Previously, we published a feature on 1986 U.S. Mid-Am champ Bill Loeffler.)

For a club just over 12 years old, Colorado Golf Club in Parker already has a remarkable history of hosting major tournaments — in terms of variety, at the very least.

CGC has been the site of championships that drew the best senior players in the world (the 2010 Senior PGA Championship) and the top female team event on the planet (the 2013 Solheim Cup), along with a men’s NCAA Division I tournament (the University of Denver’s Paintbrush Invitational in 2016 and ’18).

And next up comes a national amateur championship for men age 25 and older.

Suffice it to say that big-time tournaments at Colorado Golf Club — which was ranked No. 33 on Golfweek’s 2018 list of Best Modern Courses and No. 124 on Golf Digest’s 2019 rundown of America’s Greatest Golf Courses — have hit plenty of spots on the competitive golf spectrum.

In other words, don’t be surprised to see Colorado Golf Club host plenty more major tournaments in the future.

But for now, the focus is on the U.S. Mid-Amateur, which will be held at CGC Sept. 14-19, with CGA-owned CommonGround Golf Course in Aurora serving as the second course for the stroke-play portion of the event Sept. 14 and 15. A total of 264 golfers will compete in the tournament.

Despite this being a national/international championship, the U.S. Mid-Am will have a decidedly different complexion than did the 2010 Senior PGA or the 2013 Solheim Cup.

Those previous two events attracted large crowds to the club, and live TV coverage for every day of competition.

For the U.S. Mid-Am, the number of fans will be a fraction of those for the Senior PGA or the Solheim Cup. And, based on last year, the Fox Sports family’s TV coverage will likely be limited to portions of the semifinal and final matches.

That will certainly make for a more intimate experience for fans who do attend the Mid-Am.

“The difference is, there are no ropes or stakes for this event,” Cliff said. “A ticket is not needed; the public can come out and watch golf. They can enjoy the golf with the players. That’s something that makes this championship unique.

“It’s still at the heart of amateur golf where players’ families and friends are walking inside the ropes with them. The players have a certain group of followers that follow them (often for the entire round). It’s not like people go out to hole 16 and wait for the featured groups of the day to come through” as they do for major professional spectator events.

“I think it’s a different animal marketing amateur golf rather than professional golf. The casual golfer may not be as familiar with everything the USGA does and the championships they host, compared to the casual golfer knowing the Solheim Cup and the Senior PGA Championship.”

The clubhouse, like the grounds, will be open to the public for the Mid-Am.

In fact, people who aren’t members of the private club will have U.S. Mid-Amateur-related opportunities to play the Bill Coore/Ben Crenshaw-designed course. For golfers who don’t mind spending several hundred dollars for a round of golf — and to support the 2019 U.S. Mid-Am — a May 28 event is planned in which up to 100 golfers can play Colorado Golf Club at a cost of $500 each, with all the proceeds going to the operational expenses associated with conducting the Mid-Am. The May 28 event includes breakfast, a 10 a.m. shotgun start, and lunch and awards after. All beverages, a forecaddie for each group, commemorative tee gifts, and a complimentary round at CommonGround are also part of the package. For more information on the May 28 event, contact Bailey Williams at bwilliams@coloradogolfclub.com.

Another way to play Colorado Golf Club is for U.S. Mid-Amateur volunteers who work at least three shifts. They’ll receive a round at the club following the championship as a thank-you from CGC. For more information on volunteering at the U.S. Mid-Amateur, CLICK HERE.

As far as the Colorado Golf Club course goes for the U.S. Mid-Am, it won’t play much different for the championship than it does for elite-level members at CGC. In other words, it’ll be about 7,600 yards, with three-inch-deep rough, and very fast greens that not only average about 11 on the Stimpmeter but have more than their share of challenging features.

One change that is planned is the building of an additional tee area on the already-tough par-5 16th hole. When it’s utilized, it will add about 33 yards to the hole, tipping out at 585 yards.

“Before this change was made, Bill Coore came out to the golf course and took a look at the tee box. Nothing we did was without 100 percent approval from the architects.”

So how will the competitors fare at Colorado Golf Club in September?

“You look at the field of players at the Mid-Am, you have quite a spread,” Cliff said. “You have guys who were previously professional golfers that have regained their amateur status — guys who are wonderful players. Then sometimes you have the journeyman amateurs who have never been a professional. Some of the younger players (25-30) who compete in this tournament are fabulous players. I feel confident they’re going to shoot under par given the best possible conditions. Stewart Hagestad (the 2016 U.S. Mid-Am) champ made the cut in (the Masters) at Augusta a couple of years ago (finishing 36th). We’re talking elite-level players.”

The leadership at Colorado Golf Club have been preparing for the U.S. Mid-Am for years. A group including Cliff, general manager Bob Kunz, 2019 U.S. Mid-Am general chairman Mike Korth and membership/marketing director and spokesman Tom Ferrell have attended the last two Mid-Ams — 2017 at Capital City Club in Atlanta and 2018 at Charlotte Country Club — to get a feel for the event and to gather information.

“It was really nice to hear from the team (from the host clubs) and hear some of the challenges they dealt with to make the event a success,” Cliff said. “You talk about merchandise sales, what the golf shop did, why they did it the way they did, what vendors they used and brought in, when they introduced product for the membership, what they brought onboard for the contestants. It was eye-opening to us.

“There is a returning group of players who play in this championship. Most of these clubs have been able to learn from some of these players what type of memorabilia they’re looking for to take with them once they qualify for a national championship.”

This year will mark just the second time the U.S. Mid-Am will be contested in Colorado as Cherry Hills Country Club hosted the championship in 1983, when Jay Sigel won the same year he captured the U.S. Amateur title.

For more information about the 2019 U.S. Mid-Amateur, CLICK HERE.