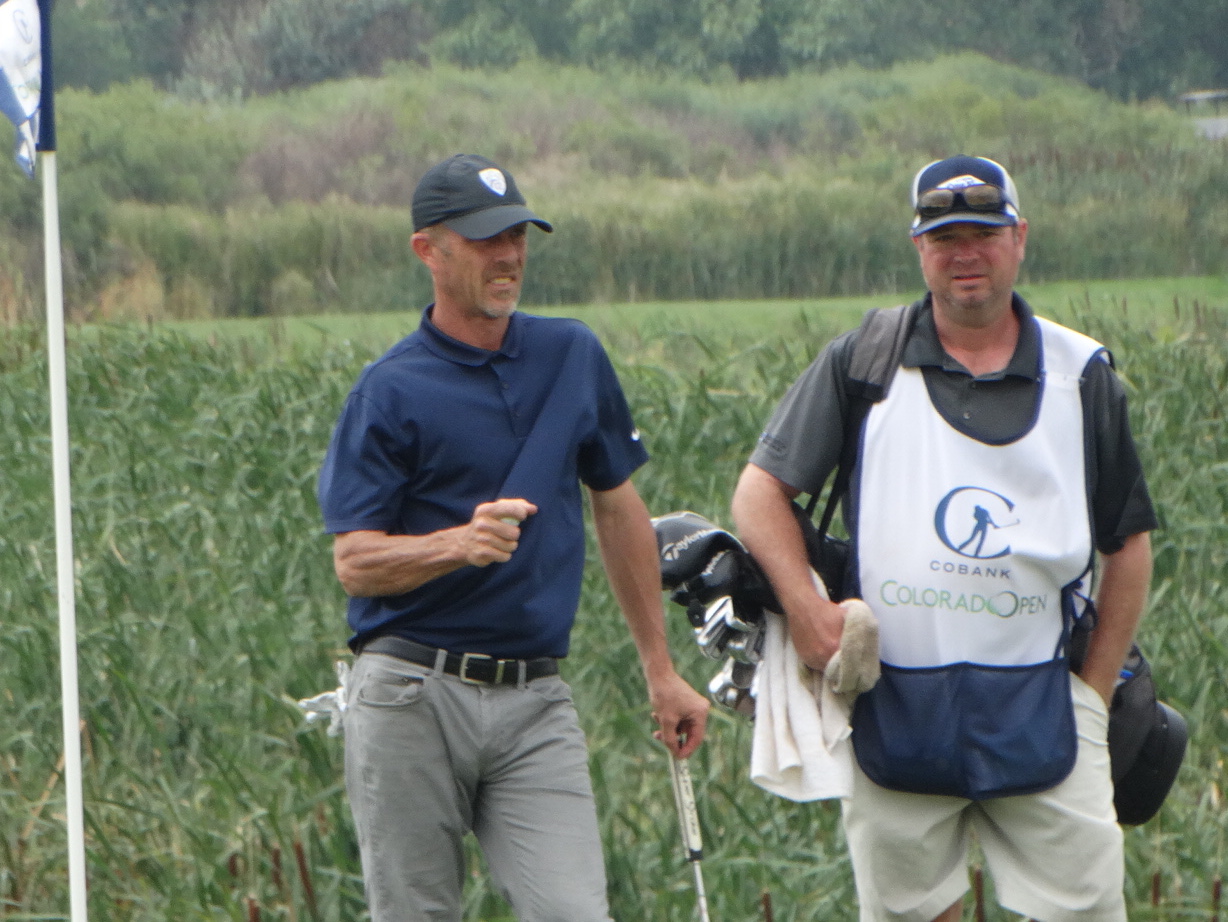 After missing the cut in his title defense at the CoBank Colorado Open last summer, Jonathan Kaye was understandably not in the best of moods.

“I might not ever play again in a tournament,” the two-time PGA Tour winner said. “I just don’t like golf. I don’t enjoy the pace of play and waiting around so much. Everybody is just dinking around. No one is playing. …. I don’t get it. I can’t play like that. I don’t have the patience for it anymore.”

Those words were clearly said in the heat of the moment as the part-time Boulder resident clearly had no true intention to give up competitive golf. After all, he competed in the PGA Tour’s Barracuda Championship the next week in Reno, finishing 66th. It was his first made cut on the PGA Tour since 2011.

But the 48-year-old former University of Colorado resident hasn’t played since on either the PGA Tour or the Web.com Tour. However, barring the unforeseen, that will change this week as Kaye (pictured) is in the field for the Puerto Rico Open. It’ll be just the fourth PGA Tour start since 2011 for the two-time Colorado Open champion.

Other locals also in the field for the Puerto Rico Open — which is played the same week as the WGC Mexico Championship — are Colorado residents David Duval and Jim Knous, and Denver native Wyndham Clark.