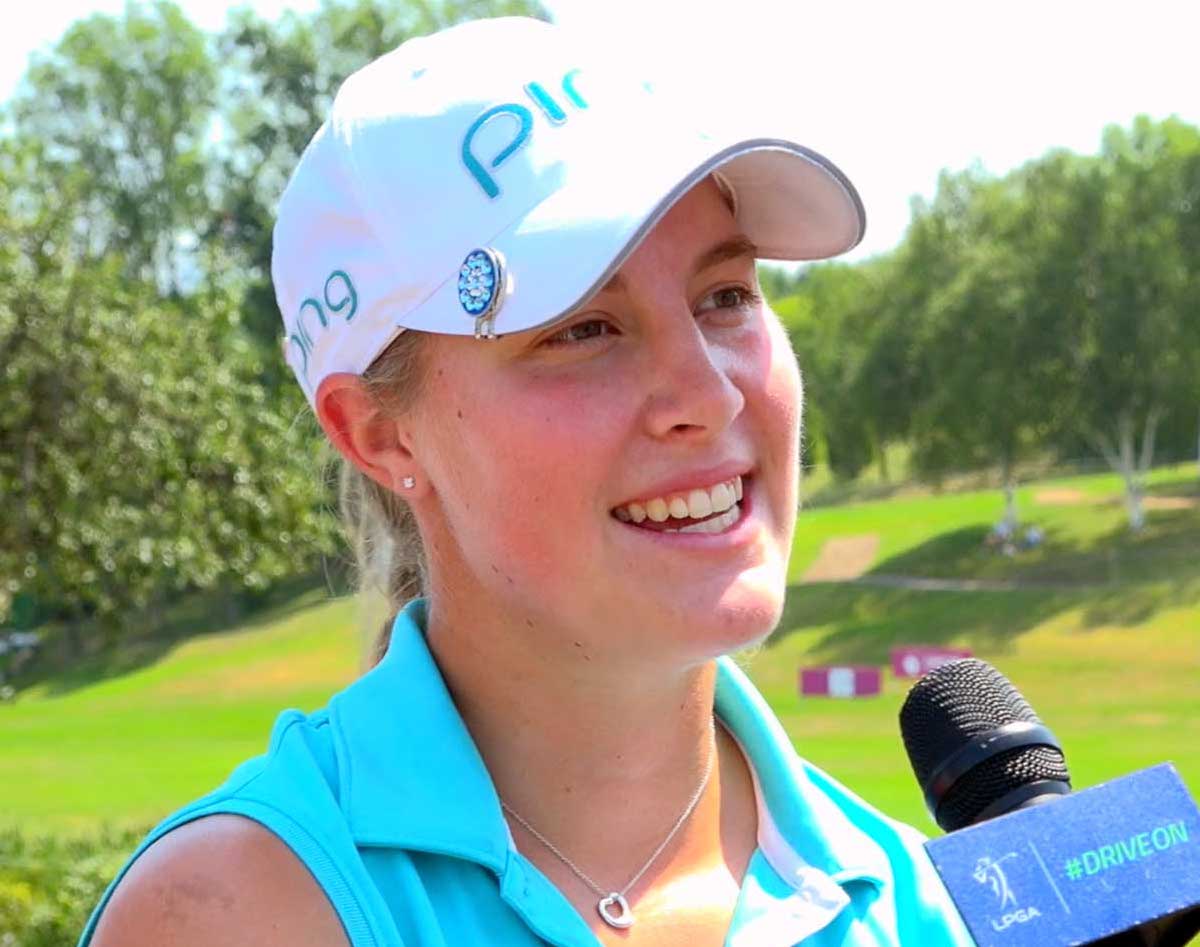 Jennifer Kupcho has accomplished much since the last time she competed in her home state of Colorado.

She became the first Coloradan to win a women’s NCAA individual national title. She earned the top spot in the women’s world amateur rankings. She won the inaugural Augusta National Women’s Amateur. She claimed an LPGA Tour card in her first try at Q-school. She posted three top-five finishes — including a runner-up in a major championship — as an LPGA rookie and finished 39th on the money list despite missing the first five months of the season while completing her college career.

But now, for the first time in more than two years, the Colorado product will tee it up in a tournament in the Centennial State.

Kupcho, who was celebrating her 23rd birthday on Thursday, is among the entrants for the CoBank Colorado Women’s Open, which will be held June 3-5 at Green Valley Ranch Golf Club in northeast Denver.

“I’m really excited to be back in my home state,” Kupcho texted on Thursday. “I have never played in the CO Open as a pro so I’m really excited to do that after playing so well as an amateur. I can’t wait to come home and play in the tournament for the first time in a couple of years!”

The bad news is, due to ongoing concerns about the novel coronavirus, the tournament is closed to the general public. Each player is allowed just two guests, with a caddie counting as one. Basically, attendance at the event will be limited to contestants, caddies, staff, volunteers (one per green), the media and the aforementioned guests.

Kupcho, the former Westminster resident who now resides in Scottsdale, Ariz., will compete in the Colorado Women’s Open for the first time since 2017, when she finished runner-up to Liz Breed. In fact, the last two times Kupcho has played in the CWO — in 2014 and ’17 — she’s placed second.

For the record, the last time Kupcho competed in a tournament in Colorado was two years ago today — on her 21st birthday — at U.S. Women’s Open qualifying at The Ranch Country Club in Westminster. Alas, that was the only time in the past four years that Kupcho failed to qualify for that national championship. Ironically, she came up short at a course in which she once worked during the summer and sometime practices.

Kupcho, currently the No. 50-ranked women’s golfer in the world, has played just one LPGA Tour event this year — placing 19th at the Gainbridge LPGA at Boca Rio in Florida in January — and the LPGA schedule doesn’t resume until late July.

Kupcho is arguably the best female golfer who has grown up in Colorado. She won five CWGA majors — normally by huge margins — and earned the CWGA Player of the Year honors three times (2014, 2015, ’16), along with the CWGA’s highest honor, the President’s Award (2017). She landed the Colorado Sports Hall of Fame’s Amateur Athlete of the Year honor — regardless of sport or gender — for 2018. And she and Dale Douglass were the first two recipients of Hale Irwin Medals, which recognize outstanding Colorado golfers who exhibit competitiveness, resiliency and a proven record of winning.

Also expected to play in next month’s CWO are current or past LPGA Tour regulars Becca Huffer of Monument (twice a winner of the CWO, including last year); Jenny Coleman (a former University of Colorado golfer); Vicky Hurst (who has won more than $1.6 million on the LPGA circuit); 2020 LPGA rookies Jillian Hollis (who qualified in Colorado for the 2018 U.S. Women’s Open) and Haley Moore; former CWO champ Kendall Dye; Clariss Guce and Kim Kaufman.

Likewise in the field is former Coloradan Elizabeth Wang, who in recent years has been one of the top women’s amateurs in the country. Wang, the former Harvard golfer who lived in Parker until 2010 when she moved to San Marino, Calif., won the first pro tournament on the 2020 Cactus Tour schedule.

For the Colorado Women’s Open field as it currently stands, CLICK HERE.