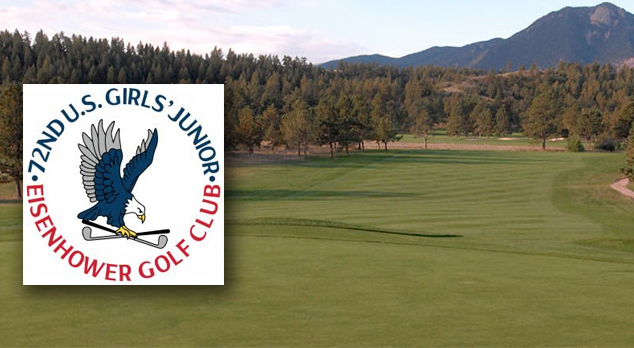 The U.S. Girls’ Junior scheduled for Colorado this summer was going to make some history.

It was supposed to be the first time a U.S. military course — in this case, Eisenhower Golf Club at the Air Force Academy — would host a USGA championship. And in another departure from the past, the Junior Golf Alliance of Colorado was to have served as the “host group” for the championship, partnering with the USGA in many respects.

Alas, the novel coronavirus changed those plans, as it has disrupted so many things in people’s lives in recent months.

The USGA, which conducts the U.S. Girls’ Junior, announced on Friday that the 2020 championship — originally scheduled for July 13-18 at Eisenhower — has been canceled and will not be rescheduled “due to the continued uncertainty surrounding the unprecedented COVID-19 pandemic.”

The same is true of the 2020 U.S. Junior Amateur, which was set for July 20-25 at Hazeltine National Golf Club and Chaska Town Course, both in Chaska, Minn.

“Our primary focus when making determinations around championships continues to be the safety and well-being of everyone involved,” John Bodenhamer, the USGA’s senior managing director of championships, said in a statement. “While we are incredibly disappointed to have to make the decision to cancel our two junior championships, we know it is the right one.”

Both the Colorado PGA and the CGA, through their joint work with the Junior Golf Alliance of Colorado that they founded, had put in considerable work in organizing and fundraising for the 2020 U.S. Girls’ Junior. They were teaming up with the USGA in a major way for this particular championship as the JGAC was attempting to raise $400,000 to help conduct the event.

“The USGA’s hearts were heavy with having to cancel because of the long history of the event,”  Colorado PGA executive director Eddie Ainsworth said Friday afternoon. “And there were (going to be) some big milestones for the USGA as well as us here in Colorado Springs.

“I know that they are probably very interested in coming back. We’ve already kind of let them know — Ed (Mate, executive director for the CGA) and myself — that we are very interested in looking at another opportunity to host in the near future. And I just got off the phone with Steve Wallace (PGA general manager at Eisenhower) and they’re very interested in hosting again. I think all the pieces could very easily fall into place.”

While sites for the U.S. Girls’ Junior are set for 2021 (Chevy Chase, Md.) and 2022 (Bowling Green, Ky.), Ainsworth is hopeful that the 2023 championship could be held at Eisenhower. If that were to happen, it wouldn’t be the first time a national/international golf championship had been scheduled for Colorado, only to be pushed to a future year by an unforeseen event. Columbine Country Club was originally scheduled to host the 1966 PGA Championship, but a 1965 flood of the South Platte River led to the ’67 PGA being the one held at Columbine.

This year, FS1 would have televised the final two days of the championship.

(Updated April 29) “Everybody has had letdowns (with) this coronavirus,” World Golf Hall of Famer and Fox Sports analyst Juli Inkster said in a Fox/USGA roundtable on Wednesday. “It’s how you make a positive out of it (that matters). You’ve got to have a good attitude and keep working harder.”

Potentially postponing the U.S. Girls’ Junior or the U.S. Junior Am — instead of canceling them — would have been a difficult task. School begins for many junior golfers in August, so there was little time to work with and much uncertainty regarding how things would stand with the pandemic later in the summer.

“I’m not surprised, but I’m disappointed” that the championship can’t be held this year, Mate said. “In talking to the USGA, it’s very hard to cancel a championship. It’s (almost) unheard of. And postponing is really not an option because you have the school year.

“So it’s not surprising, but I hope we’ll be in the queue for a future year.”

Another major concern for the USGA when considering whether to keep the 2020 U.S. Girls’ Junior — or the U.S. Junior Am — as scheduled regarded qualifying tournaments for the events.

“Current and proposed federal, state and local guidelines regarding gatherings would make effectively conducting qualifying for both championships next to impossible for Allied Golf Associations, which were scheduled to hold 100 qualifiers in 41 states between late May and early July.”

The CGA was planning to conduct the Colorado-based U.S. Girls’ Junior qualifier June 22 at Walnut Creek Golf Preserve in Westminster.

With the cancellation, Mate’s hope is that much of the money that’s been raised by the JGAC for this year’s event can be carried over if a future U.S. Girls’ Junior is granted to Colorado and the Alliance.

The JGAC was hoping to have the 2020 event transcend the competition itself — to make an impact not only on the golfers and their families, but on the community in Colorado and youngsters in the state, especially girls.

Among the ancillary activities that had been planned were a “Golf in the Park” event and a Women’s Leadership Summit, where prominent women would speak to competitors, their families and selected others about inspirational leadership-related topics. Also, 2020 had been — and will remain — designated the “Year of the Woman” in Colorado golf. With the cancellation of the U.S. Girls’ Junior, while it’s possible the Women’s Leadership Summit will still be held in 2020, if it is, in all likelihood it will be postponed from its original July 10 date.

“I think I’m kind of glad we’re going to cancel (the championship) for 2020,” Ainsworth said. “… Because if we played golf in July, it would have been just pretty much the golf tournament — not all the other things we had planned around the event to make it extra special. The experience for the girls would have been a lot less. So in one sense I’m kind of relieved that we’re not going to have to minimize — almost like the PGA Tour having to run a fan-less golf tournament. But of course I’m disappointed because I know the team at the Air Force Academy, the Eisenhower Golf Club, have all worked hard and they were excited about those 10 days in July.

Last year the two Coloradans who qualified for the U.S. Girls’ Junior were Hailey Schalk of Erie and Kaylee Chen of Greenwood Village. Other past qualifiers from Colorado who would have been eligible to try to earn spots in the U.S. Girls’ Junior again this year include Charlotte Hillary of Cherry Hills Village and Meghan Vogt of Broomfield.

The U.S. Girls’ Junior has been held three times in Colorado — in 1957 at Lakewood Country Club, 1965 at Hiwan Golf Club in Evergreen and in 1982 at Greeley Country Club.

All told, Colorado has hosted 33 USGA championships to date, with the most recent being the U.S. Mid-Amateur at Colorado Golf Club last September. Upcoming are the 2023 U.S. Amateur at Cherry Hills Country Club and the 2025 (and possibly another) U.S. Senior Open at The Broadmoor.

As for the U.S. Junior Amateur, Colorado-based qualifying for that event had been scheduled for June 22 at CommonGround Golf Course in Aurora. Last year, Dillon Stewart of Fort Collins and Jack Castiglia of Lakewood were the two Coloradans to qualify for the U.S. Junior Am. It was Stewart’s second straight trip to the national championship.