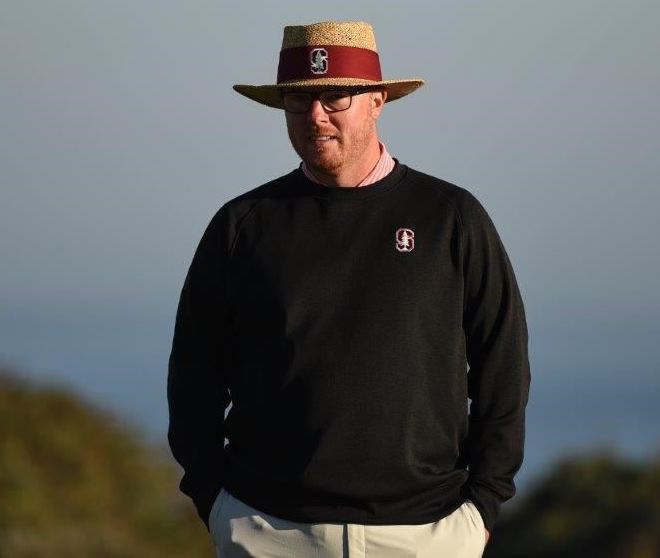 Trake Carpenter on Wednesday became the first new head coach of a Colorado-based men’s NCAA Division I golf program in six years as he’s been tabbed to take the reins at the University of Denver.

DU announced the hiring of the 30-year-old Carpenter on Wednesday. He was a men’s assistant coach on head coach Conrad Ray’s staff at Stanford this past season. The Cardinal finished the Covid-19-abbreviated season ranked No. 31 in the nation by both Golfweek and Golfstat after winning the NCAA title in 2019.

Before coming to Stanford, Carpenter was an assistant at Marquette for two years (2017-19). Head coach Steve Bailey and Carpenter were named Big East Coaching Staff of the Year in 2018 and ’19.

Carpenter played collegiately at Ball State in Indiana, graduating in 2012. In a Colorado connection, he tied for first place individually — then known as TJ Carpenter — in the 2011 Gene Miranda Falcon Invitational at the Air Force Academy, edging Colorado State’s Zahkai Brown and the University of Colorado’s Kevin Kring. Carpenter subsequently served as an assistant coach at his alma mater, in 2013 helping the Cardinals earn a spot in the NCAA National Championship tournament for the first time since 1986.

“Trake’s infectious energy, positive attitude and approach to coaching the game of golf set himself apart to the committee and we couldn’t be happier to bring him on board,” Karlton Creech, DU’s vice chancellor for athletics, said in a school release. “He’ll fit in well with our culture here at DU, and he brings experience from a few different high-quality programs that our student-athletes can benefit from as we look to take the next step as a program.”

“I am incredibly excited to join the University of Denver family,” Carpenter said in the DU release. “It was evident throughout the interview process that DU is committed to building a nationally competitive men’s golf program. I’ve been lucky to work with some of the best coaches in the country and see the blueprint of how programs take things to the next level. I’m grateful that Karlton Creech and all the staff at DU have trusted me to help them execute their vision. (Deputy athletic director) Stuart Halsall, (women’s head coach) Lindsay Kuhle, and (associate A.D.) Christina Pachuta are tremendous ambassadors for the division and I can’t thank them enough for their efforts. Everyone in athletics are first-class people with a commitment to excellence that is contagious. I’m looking forward to pushing Pioneer golf to the next level with them.”

Former DU coach Billinger has taken a fundraising position with ACE Scholarships, a non-profit where the mission it to “provide children of low-income families with scholarships to private schools in grades K-12, and to advocate for expanded school choice.”

Under Billinger, the Pioneers won two team titles in the last 15 months — the 2019 Summit League championship and the 2019 Ron Moore Intercollegiate, DU’s home tournament. In 2019, Billinger was named the Summit League Coach of the Year.