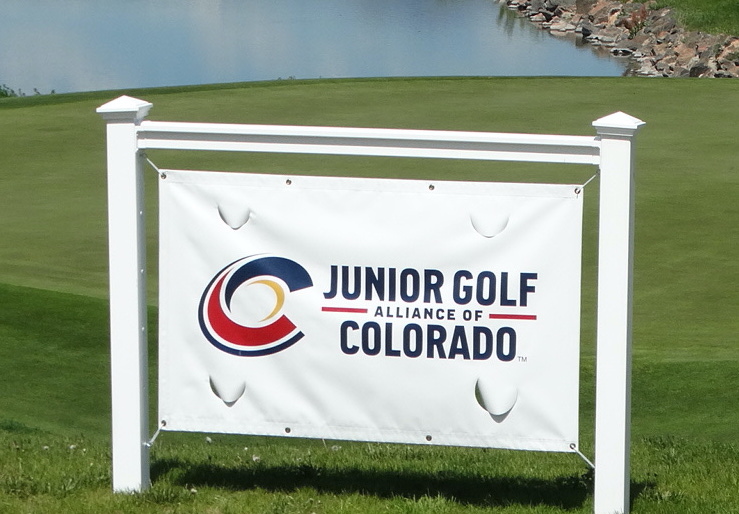 The top seeds among the boys and girls, the lone past champion entered this year, and the only 2020 Junior Golf Alliance of Colorado major winner participating this week won their opening matches on Tuesday at the Colorado Junior Match Play at Eisenhower Golf Club’s Blue Course at the Air Force Academy.

Hunter Swanson of Denver and Aubri Braecklein of Northglenn, seeded first in their respective brackets, scored lopsided victories in the round of 32. Swanson defeated Bo Turnage of Denver 7 and 6 in the boys tournament, while Braecklein, the 2020 CGA Women’s Stroke Play champion, beat Alyssa Chin of Greenwood Village 8 and 7.

Meanwhile, Hailey Schalk of Erie, a 2016 winner of this event and a three-time state high school individual champion, advanced to the round of 16 with a 5-and-4 win over Taylor Bandemer of Loveland. And on the boys side, Bo Wardynski of Parker, the Colorado Junior Amateur champion, recorded a 5-and-4 victory Tuesday over Ryan Parker of Parker.

In the girls competition, second-seeded Kaylee Chen of Denver moved on with a 4-and-3 win over Molly Stratton of Centennial . But Chen’s fellow former Colorado Junior Amateur winner Katie Berrian of Castle Rock fell to Olivia Steen 4 and 3. Overall, seven of the top 10 seeds among the girls won their first-round contests.

In the boys tournament, eight of the top 10 seeds prevailed on Tuesday. But 31st-seeded Trey Jones of Colorado Springs defeated No. 2 Owen Cornmesser of Fort Collins 2 and 1, and Tayleb Schaefer of Sterling ousted 2019 5A state high school individual champion Will Kates 2 and 1.

Both the round of 16 and the quaterfinals are scheduled to be played on Wednesday, while the semifinals and finals are set for Thursday.

For the results and the match-play trees, click on the following: BOYS, GIRLS.