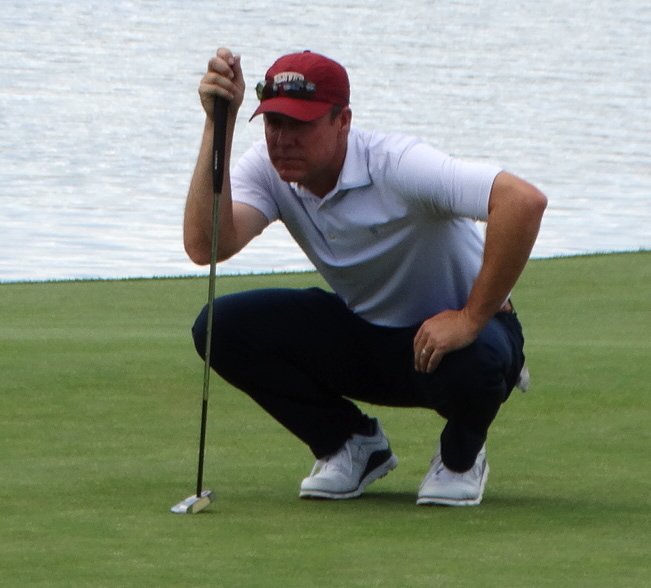 Typically, there isn’t much turnover in men’s NCAA Division I head coaching jobs for golf programs based in Colorado.

The Centennial State is home to five men’s DI teams, and the last one to name a new head coach did so in 2014.

But there will be a change this summer, and it involves the newest member of the local men’s DI head coaching contingent.

Erik Billinger announced this week that he is departing as the University of Denver’s men’s head coach as of June 30, after six years at the helm.

Billinger is stepping down to take a fundraising position with ACE Scholarships, a non-profit where the mission it to “provide children of low-income families with scholarships to private schools in grades K-12, and to advocate for expanded school choice.” Billinger’s title will be development director for Colorado for scholarships.

“Another great opportunity came about and my family and I evaluated it and we really feel like this is the best thing to do,” Billinger told ColoradoGolf.org this week. “I’m just excited for a new challenge.”

Billinger, a 41-year-old resident of Highlands Ranch, played golf for DU after transferring from the University of Colorado.

The Pioneers earned two team victories during Billinger’s tenure as head coach, both coming in the last 14 months — the 2019 Summit League championship and the 2019 Ron Moore Intercollegiate, DU’s home tournament. In 2019, Billinger was named the Summit League Coach of the Year.

“I’m most proud of the guys who bought into the vision of the program and created a culture that should last,” Billinger said. “From a tangible standpoint, I’m proud of them for going to NCAA (Regionals in 2019). And I know it’s a great team going forward; they should be really strong next year.”

Indeed, this past season, DU averaged 287.0 for team scoring (for a four-man squad), which established a program record. Cal McCoy, Jackson Solem and Connor Jones each earned individual wins in the 2019-20 season. The Pioneers finished the school year ranked 98th in the nation by Golfstat and 100th by Golfweek.

Billinger, who was the DU women’s associate head coach before taking over the men’s program, is also known for his instruction work and is a strong player, having finished third at the 2019 Colorado PGA Professional Championship. He was the Colorado PGA’s Player of the Year in 2008 and the Section’s Teacher of the Year in 2010 and ’12.

Here are the head coaches for the NCAA Division I golf programs based in Colorado, with the year they were hired: