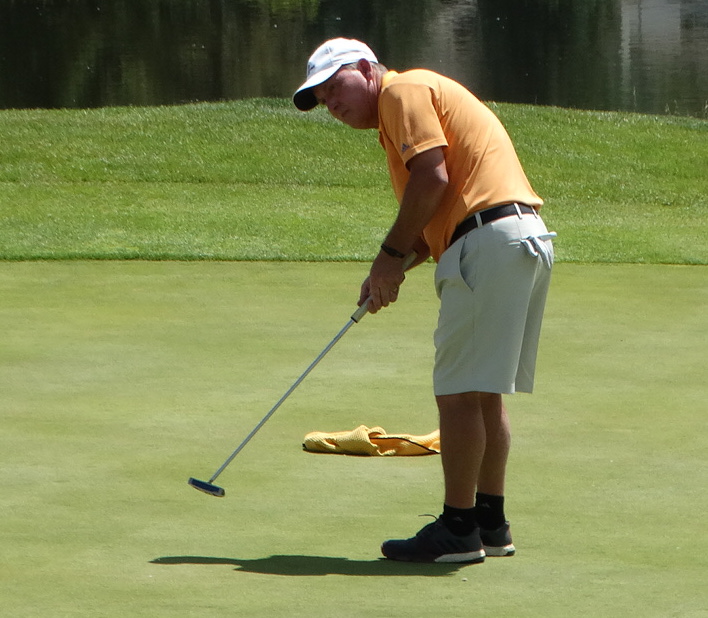 Steve Ivan of Patty Jewett Golf Course will advance to the CGA Senior Match Play final for the third consecutive year, seeking his first title in the event.

Robert Polk of Colorado Golf Club, the 2009 champion who will meet Ivan in Friday’s title match, will try to become one of the oldest — if not the oldest — winner of the Senior Match Play, at age 65. And he’ll try to capture his second CGA title of 2020, having won the Senior Four-Ball with Bill Fowler last month.

Ivan and Polk each won twice on Thursday at Highland Meadows Golf Course in Windsor to earn shots at distinction on Friday — as well as their seventh match in five days.

Ivan, the 2017 CGA Senior Amateur champion, never trailed against Mertz, winning four holes in a five-hole stretch in the middle of the round to go 5 up through 12, and closed out the match on No. 15. Earlier in the day, Mertz rallied in the quarterfinals after being 2 down through 9 to beat 2018 champion John Hornbeck, a Wyoming resident who also won last year’s CGA Senior Amateur.

In his quarterfinal, Ivan advanced with a 3-foot birdie on the 19th hole to beat Gary Albrecht of CommonGround Golf Course. Albrecht also had a good chance to birdie the extra hole, but missed a 6-foot attempt.

Ivan lost in his previous two Senior Match Play final trips, 5 and 3 to Hornbeck in 2018 and 5 and 4 to Scott Sullivan of Bookcliff Country Club last year. For what it’s worth, Bert Welz holds the record for consecutive finals appearances in the Senior Match Play at six (1989-94).

Polk, winner of 13 CGA championships including the 2018 CGA Senior Amateur, was 2 down after 11 holes against Moore. But Polk won three consecutive holes (12 through 14) and five of six (12 through 17, with Moore prevailing on 15) to advance to the finals. Polk went 2 under par through that stretch.

Polk similarly rallied to beat defending champion Sullivan 3 and 1 in the quarterfinals. In that match, Polk was 3 down after 11, but won six straight holes to advance, again going 2 under during that run.

In the other quarterfinal, Moore never trailed in beating Victor Minovich of Foothills Golf Course 3 and 2.

At Highland Meadows GC in Windsor

For all the results from the event, CLICK HERE.