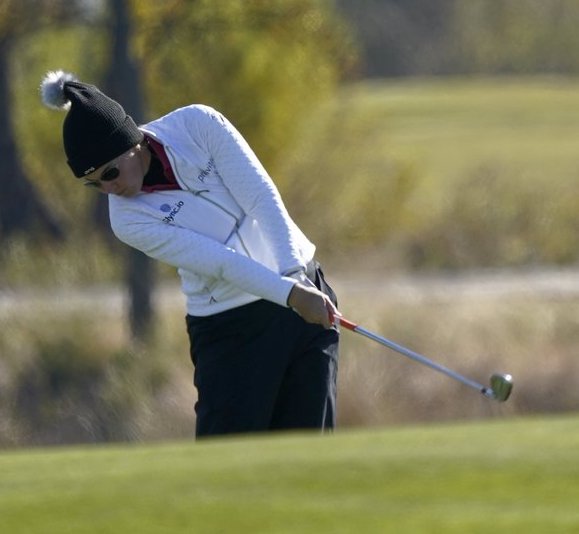 Jennifer Kupcho recorded a top-30 finish at the U.S. Women's Open for the second time.

Birdies were very hard to come by for Jennifer Kupcho at the U.S. Women’s Open.

The 23-year-old who grew up in Westminster managed just five of them in four rounds at Champions Golf Club in Houston. To put that 1.25-average birdies per round into perspective, it’s a far cry from her 2020 LPGA Tour average of 3.3 per round.

That had plenty to do with this being the USWO and Champions being a formidable golf course. And, of course, playing the final round in temperatures in the low and mid-40s doesn’t help.

But with one of her birdies coming on the 71st hole on Monday — from 12 feet — Kupcho was able to post a top-30 finish out of the 156-player field. She ended up tied for 30th, her second-best showing in four U.S. Women’s Open appearances. Kupcho, who made her pro debut at the 2019 Women’s Open, placed 21st in women’s golf’s premier event in 2017 as an amateur.

On Monday, the 2020 CoBank Colorado Women’s Open champion shot her second straight 4-over-par 75, leaving her at 8-over 292 for the tournament. She finished 11 strokes back of champion A Lim Kim of South Korea, who birdied her final three holes.

One of the main reasons Kupcho didn’t end up in contention for the title was her putting on the large greens at Champions GC. While she hit just under 70 percent of the greens in regulation — the same as her 2020 LPGA season average — only two players who made the cut finished with fewer birdies. And the 2019

For comparison’s sake, the champion Kim had 117 putts for the week, while Kupcho had 130 while finishing 11 behind Kim. Both players hit 50 greens in regulation.

Kupcho, the 21st-ranked women’s golfer in the world, will wrap up the 2020 LPGA Tour season beginning Thursday at the CME Group Tour Championship in Naples, Fla.

Meanwhile, 19-year-old Yealimi Noh, who finished runner-up in a playoff at the 2019 Colorado Women’s Open, fell off the leaderboard on Monday with a final-round 80. She finished in 40th place at 293.