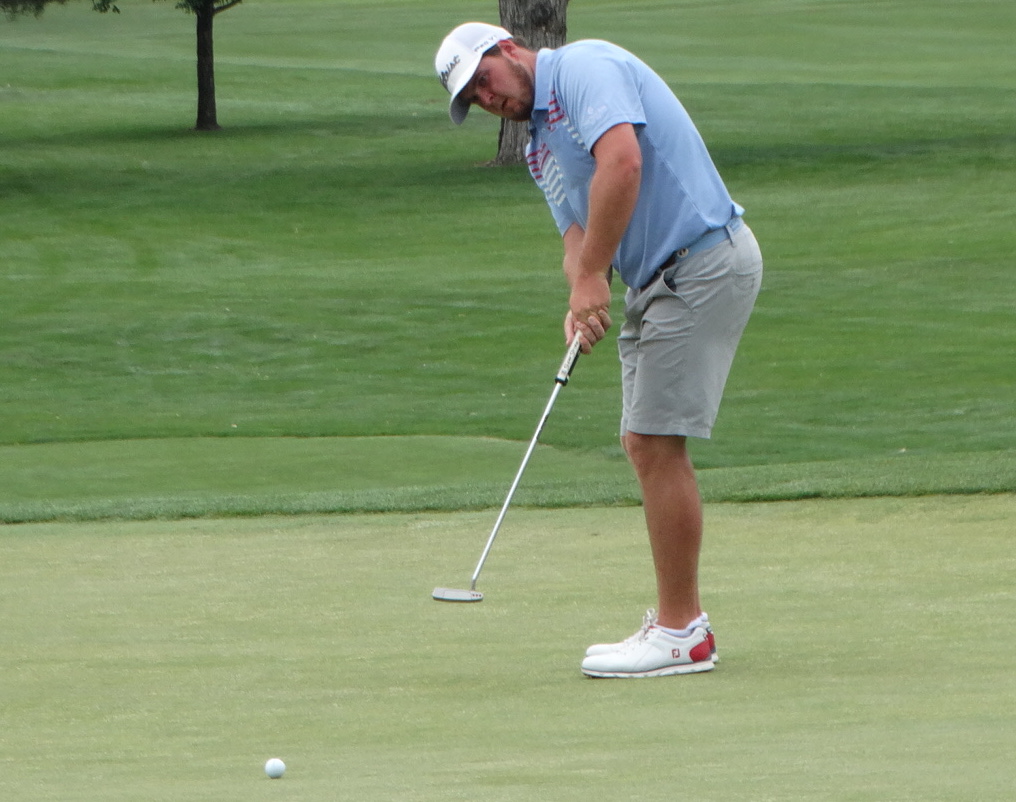 Three days after one CGA Les Fowler Player of the Year won a mini-tour event, another one was in contention for a title.

Jake Staiano of Cherry Hills Village, the 2017 CGA POY, prevailed on Tuesday on the Outlaw Tour. Then on Friday, 2016 Player of the Year Kyler Dunkle tied for third in the Golden State Tour’s Fallbrook (Calif.) Open.

Dunkle — who won the 2018 CGA Amateur, two Mark Simpson Colorado Invitational college titles and the 2012 5A state high school championship in Colorado — birdied his final two holes on Friday to shoot a 1-under-par 69 in the final round. He finished at 5-under 205, four strokes behind champion Mark Anguiano of Playa Vista, Calif.

Dunkle made 16 birdies over the three rounds of the 57-man event.

Also recording a top-10 showing on Friday in Fallbrook was former Colorado School of Mines golfer George Markham, who tied for sixth place at 207 (67-73-67).

Elsewhere for players with strong Colorado connections competing in mini-tour action this week: Spencer Painton of Aurora, a former University of Colorado golfer, tied for eighth place on Wednesday in a Florida Professional Golf Tour event in DeLand, Fla. Painton finished at 5-under-par 139 (68-71), 10 strokes back of winner Chris Kirk of Athens, Ga. … Former Coloradan Elizabeth Wang scored her second straight top-10 finish on The Cactus Tour, this time sharing 10th place Wednesday in a tournament in Beaumont, Calif. Wang went 75-72-73 for a 4-over-par 220 total, which left her 10 strokes behind champion Amari Avery, an amateur from Riverside, Calif.