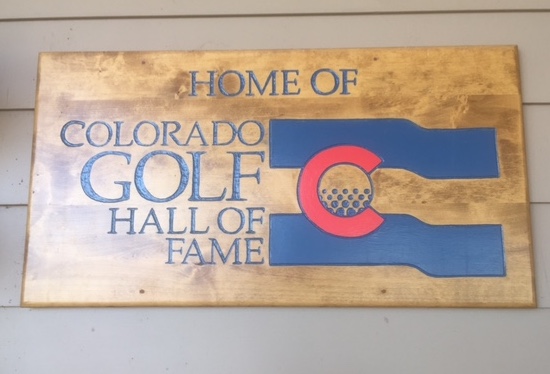 In time for its 50th anniversary, Colorado Golf Hall of Fame planning to relocate its museum to The Broadmoor

Just in time to celebrate its 50th “birthday”, the Colorado Golf Hall of Fame will have a new, five-star location to call home.

At its annual golf tournament, held Tuesday at Colorado Golf Club, CGHOF officials planned to notify participants of its recently signed agreement that paves the way for the Hall of Fame’s museum to be relocated to The Broadmoor Resort in Colorado Springs.

The plan is to move the museum from the clubhouse at the Riverdale Golf Courses in Brighton — where it’s been located for 16 years — to The Broadmoor early in 2023, the year the Colorado Golf Hall of Fame turns 50. The Hall of Fame is planning to hold its annual dinner — and celebrate its first half-century — at The Broadmoor that year, plus conduct its 2023 tournament at the resort.

The Hall inducted its first class in 1973 — with Dave Hill, Babe Zaharias and Babe Lind being enshrined.

Plans call for the CGHOF museum to be located in a portion of the lobby inside the entryway to The Broadmoor Golf Club and Spa, in addition to down an adjoining hallway. The available museum space is expected to be up to 2 1/2 times what it was in the clubhouse at Riverdale, where the Hall of Fame was running out of room for tributes to inductees and to the history of Colorado golf, including a timeline, trophies, photos and other memorabilia.

Preliminary estimates for establishing the museum at The Broadmoor indicate the costs for construction, exhibits and related items, along with contractor and consultant fees, could exceed $600,000. Hall of Fame officials have set a goal of raising $1 million through a capital campaign for those costs and those that will arise in the foreseeable future. Several prominent members of the Colorado golf community have committed to significant contributions — some on a matching basis — to make the project become a reality.

The Hall of Fame museum figures to complement the nearby Heritage Hallway, which is an homage to the long and storied golf history of The Broadmoor. Nancy Woelfel, who did design/display work that helped make the Heritage Hallway what it is, is expected to play a similar role with the CGHOF museum.

Mark Passey, who retired in 2017 after 28 years as a USGA regional affairs director, now serves on the Colorado Golf Hall of Fame board, and he’s spearheading plans to move the museum to The Broadmoor.

The Broadmoor will give the Hall of Fame museum a much higher profile. The five-star resort has a rich golf history, having hosted eight USGA championships, including two U.S. Amateurs (the first won by Jack Nicklaus), two U.S. Women’s Opens (the first won by Annika Sorenstam), one U.S. Women’s Amateur (won by Juli Inkster) and two U.S. Senior Opens. In addition, Irwin claimed The Broadmoor Invitation tournament title in 1967, and fellow World Golf Hall of Famers Zaharias and Bell each won three Broadmoor Ladies Invitations.

In recent years, The Broadmoor has hosted large-scale events such as the Century of Golf Gala (2015) and the inaugural Hale Irwin Dinner (2019).

Next up for The Broadmoor, major championship-wise, will be the 2025 U.S. Senior Open. In the meantime, Russ Miller, the longtime PGA director of golf at The Broadmoor, will be inducted into the Hall of Fame in August.