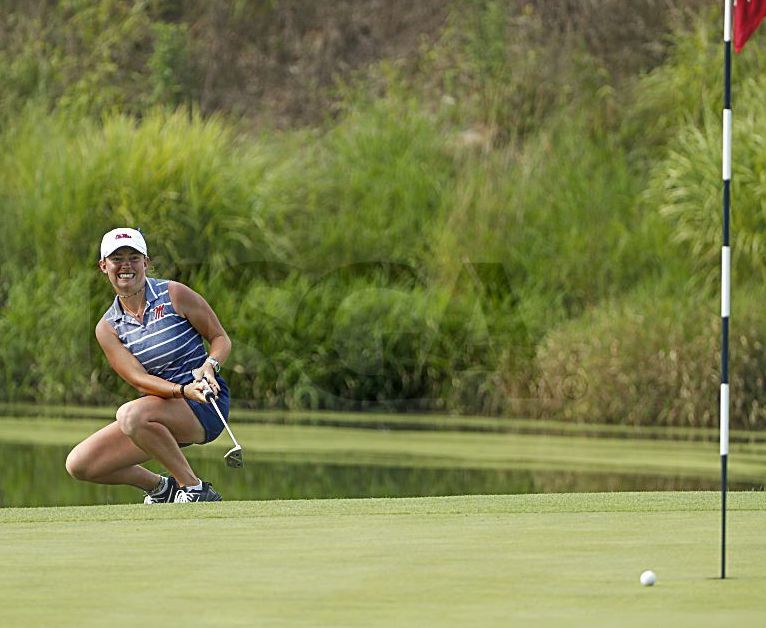 Two years ago, when Kennedy Swann won the CGA Women’s Match Play at The Fox Hill Club in Longmont, she put on an impressive display, but not a dominant one.

The resident of Austin, Texas, who most recently has played her college golf at the University of Mississippi, won her matches in Colorado 1 up, in 19 holes, and 2 and 1 en route to the 36-hole final, where she defeated Mary Weinstein of Highlands Ranch 5 and 3.

Good stuff, but probably not something that led anyone to think that Swann would be a quarterfinalist in the U.S. Women’s Amateur in 2020. But that’s where Swann finds herself after winning her first three matches in the event that’s arguably the top women’s amateur golf championship in the world.

On Friday in Rockville, Md., Swann won two matches — each by 2 and 1 scores — to make it to the final eight. In the round of 32, she beat Bohyun Park of South Korea after rallying from being 2 down after six holes. Then in the Sweet 16, Swann beat Oklahoma State golfer Isabella Fierro, from Mexico, after being 2 down after two.

“I had a little freak-out when I realized I made it to the quarters and am exempt into next year,” Swann said.

On Saturday, Swann will face second-seeded Valery Plata of Michigan State and Colombia. The winner will play in the semifinals on Saturday afternoon.

(Updated Aug. 8) On Saturday morning, Swann saw her run end in the quarterfinals as Plata edged her 1 up. Swann was 1 up through eight holes, but never led on the back nine. Plata birdied No. 15 to go 1 up and both players parred in to give the Colombian the victory. Swann lost despite being 4 under par for the round as Plata finished 5 under.

Meanwhile, University of Southern California golfer Alyaa Abdulghany, the low amateur in the CoBank Colorado Women’s Open in June, advanced to the semifinals with a 2-and-1 win over Riley Smyth of Cary, N.C. But Abdulghany lost in Saturday afternoon’s semis 2 and 1 to fellow Californian Rose Zhang, a 17-year-old who has verbally committed to Stanford. Abdulghany never led despite being 2 under par for 17 holes. Zhang, the ninth-ranked women’s amateur in the world, finished 4 under.

In Sunday’s scheduled 36-hole final, Zhang will face Australian Gabriela Ruffels, the USC golfer who won last year’s U.S. Women’s Am. (Updated Aug. 9)  Zhang captured the title with a par on the 38th hole on Sunday.

For details on how University of Colorado golfer Kirsty Hodgkins fared at the U.S. Women’s Amateur, CLICK HERE.