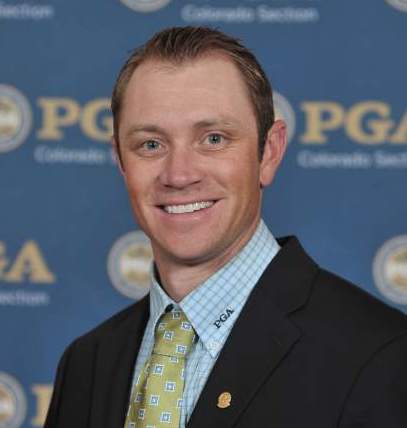 The Colorado PGA announced many of its special award recipients for 2020 on Friday, and Ben Welsh, the Section’s current president, earned its highest honor as the PGA head professional from Frost Creek in Eagle was named the Golf Professional of the Year.

The Colorado PGA Golf Professional of the Year honor goes to a PGA member for overall performance including leadership and service and promotion of the game of golf. Overall performance at the member’s facility, level of service to the PGA Section and to the Association, and image as a golf professional are some of the criteria considered for the award.

“This is a huge honor for me in the fact that it stems from service to the Association,” Welsh told ColoradoPGA.com. “It is always humbling to be recognized (for) any award, but with this award in particular, it is nice to be put in the same category with my mentors.”

It’s a fairly common occurrence that the GPOY honor goes to the president of the Section, which certainly makes sense given the work a person in that position devotes to the Colorado PGA. And that’s certainly the case this year, with Welsh earning the award. He has served on the CPGA’s board of directors since 2010 and was elected an officer in 2014.

A PGA master professional in general management, Welsh has previously been named the Assistant Professional of the Year by the Colorado PGA in 2004 while at Inverness, and the Professional Development Award winner in 2018 while at Frost Creek. Seven people who have been mentored by Welsh have gone on to earn PGA head professional positions.

Welsh also has helped build and develop The First Tee of Eagle County.

Welsh was one of 10 Colorado PGA special award winners for 2020 that were announced on Friday. Other award winners will be named or determined in the coming months, including the players of the year.

Here are the PGA honorees that were announced on Friday:

Private Merchandiser of the Year — Jeff Seltz, The Club at Rolling Hills