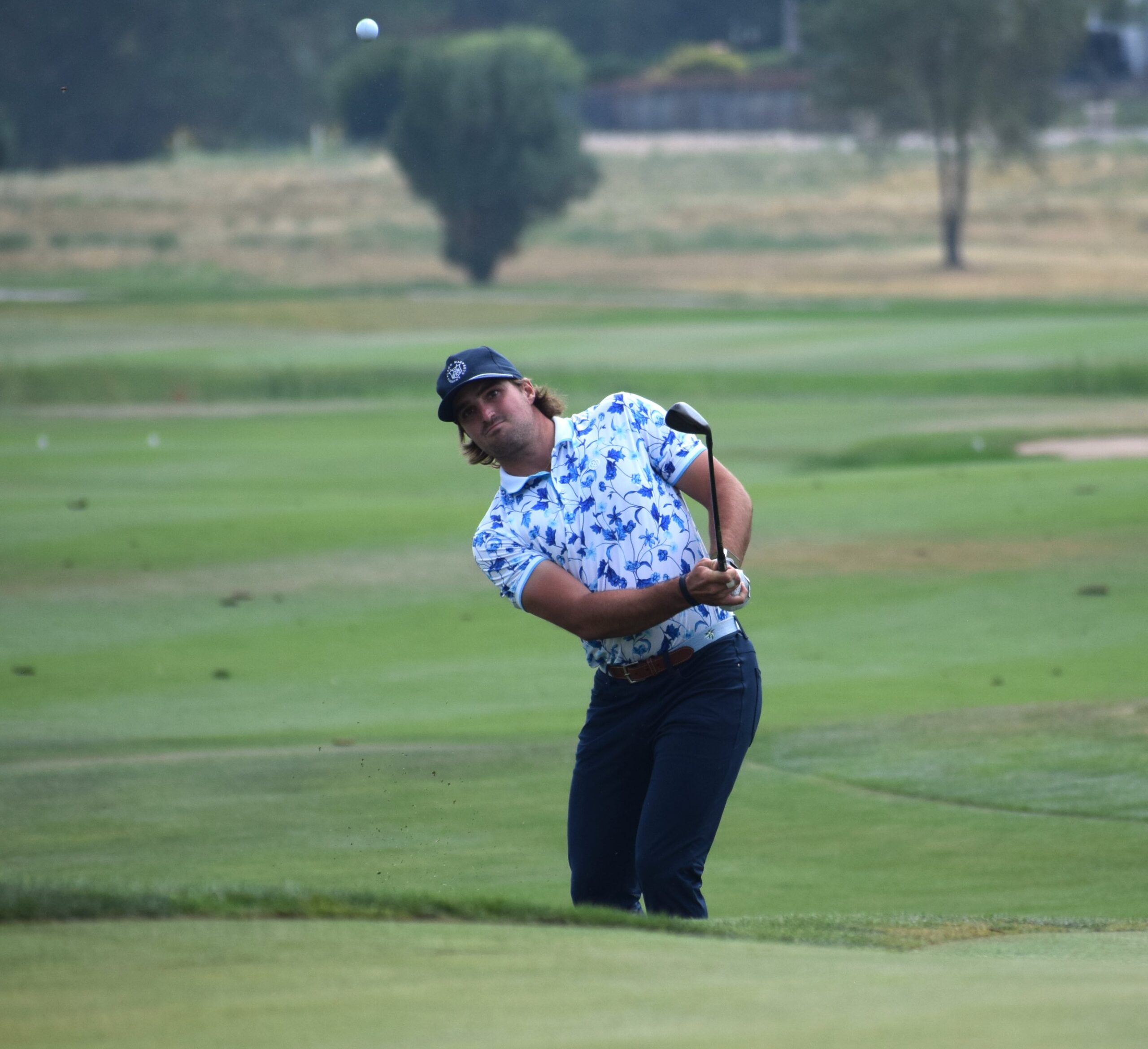 Jake Staiano earned $20,000 for his victory Saturday in the RMO.

But less than a month after those near misses, both Staiano and Fribbs have come back to record victories of their own in open championships.

Fribbs did it last weekend at the Siegfried & Jensen Utah Open, winning $20,000 in the process.

Then on Saturday, it was the Staiano’s turn. The Englewood resident went wire-to-wire and captured the title in the Sinclair Rocky Mountain Open in Grand Junction, also winning $20,000.

Staiano became the first Coloradan to win the RMO since Nick Mason in 2016.

Staiano, who played his college golf at Colorado State University, started out strong on Saturday, going 5 under par for his first seven holes, making three birdies and an eagle on the par-5 sixth. He dropped strokes with back-to-back bogeys on Nos. 8 and 9, but regained them with birdies on 15 and 16. Even a final-hole bogey didn’t keep him from the win in regulation.

Pro Ryan Emery of Surprise, Ariz., closed with a 65 to finish second, a stroke back of Staiano. Pro Ben Geyer of Arbuckle, Calif., who shared the lead with Staiano after rounds 1 and 2, placed third at 201 after a final-round 69.

Taking low-amateur honors — and tying for sixth overall — on Saturday was Jackson Solem of Longmont, a University of Denver golfer who competed in the U.S. Amateur earlier this month. Solem carded scores of 69-68-66 for a 10-under-par 203 total, which was six shots better than the next-best amateur. Over the three days, Solem made three eagles, 11 birdies, five bogeys and a double bogey.