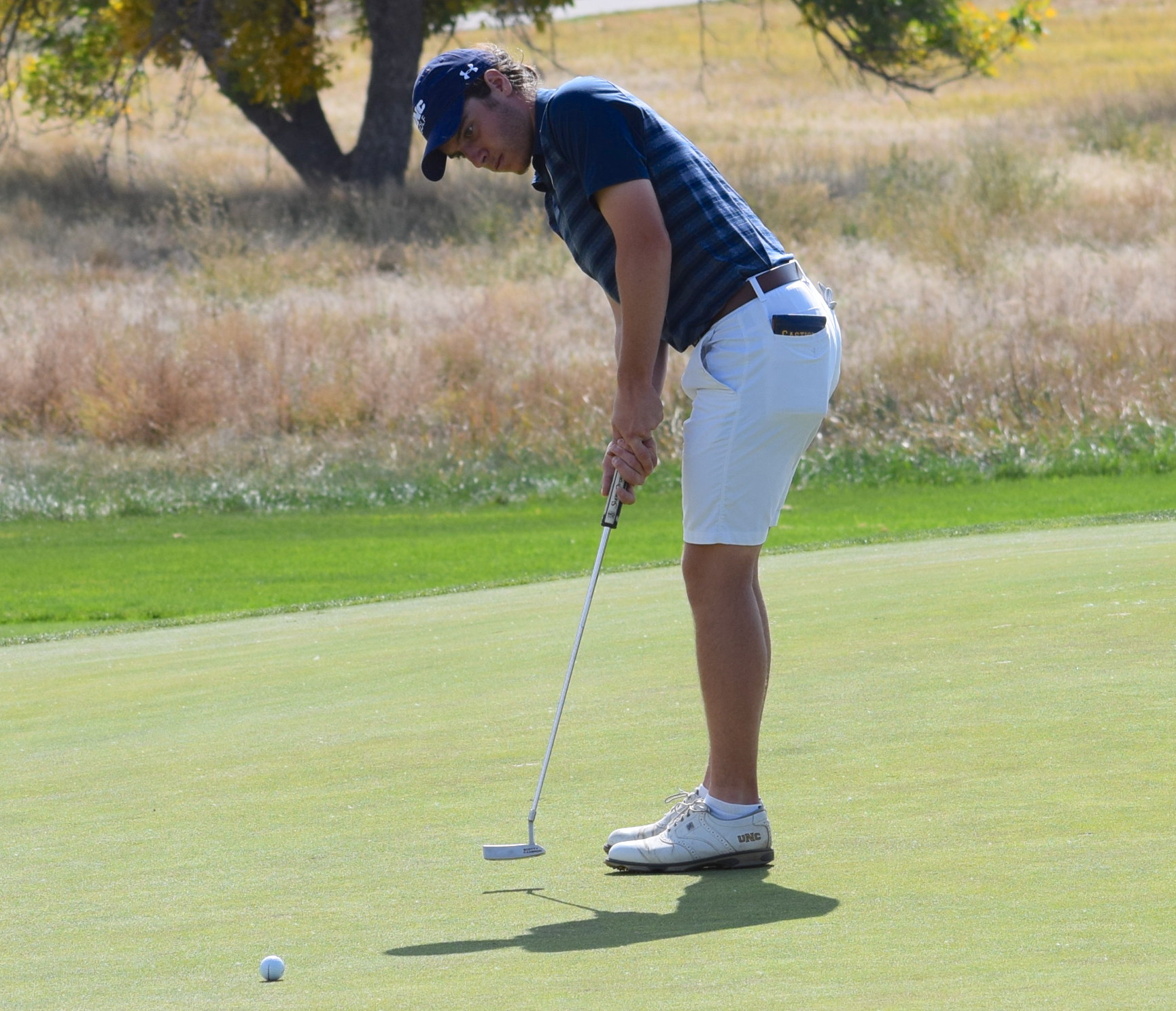 Jack Castiglia of UNC posted his second sixth-place finish of the season.

The University of Northern Colorado’s Jack Castiglia closed his college season on a strong note Tuesday, tying for sixth place individually out of a field of 35 at the Big Sky Conference Championship in Boulder City, Nev.

The junior from Lakewood fired an even-par 72 at Boulder Creek Golf Club, leaving him with a 3-over 219 total, five strokes behind individual champion Ethan Davidson of Sacramento State.

Castiglia, runner-up in the CGA Fall Amateur in October, recorded four birdies, two bogeys and a double bogey in the final round. The sixth-place showing matched his best individual finish of the season.

As a team, UNC placed sixth in the seven-school field. The Bears closed with a 7-over-par 295 and checked in at 48 over par overall, 48 strokes back of winner Sacramento State.

For all the scores of the Big Sky meet, CLICK HERE.