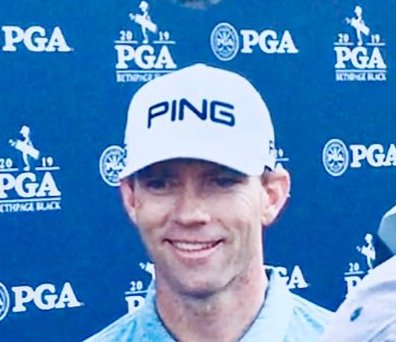 Former Colorado School of Mines golfer Marty Jertson put himself in good position to land a spot in his seventh major championship.

The 2001 CGA Amateur champion moved into a tie for 11th place out of a 312-player field through three rounds of the 72-hole national PGA Professional Championship in Port St. Lucie, Fla.

The top 20 finishers after Wednesday’s final round — no ties — will earn berths in the PGA Championship, set for May 20-23 at the Ocean Course at Kiawah Island, S.C.

Jertson, a vice president at Ping in Arizona, is hoping to compete in his fourth consecutive PGA Championship and his sixth overall. He also teed it up last year in the U.S. Open.

On Tuesday, Jertson shot a 2-under-par 70 at PGA Golf Club’s Wanamaker Course, making six birdies and four bogeys. With a 2-under 213 total, the 40-year-old trails leader Omar Uresti, a former PGA Tour regular, by 13 strokes. Uresti won the the PGA Professional Championship in 2017.

Meanwhile, Micah Rudosky of Conquistador Golf Course in Cortez, who made the 36-hole cut, struggled to an 81 on Tuesday and missed the 54-hole cutdown to the low 70 players and ties. Rudosky finished with a 225 total.