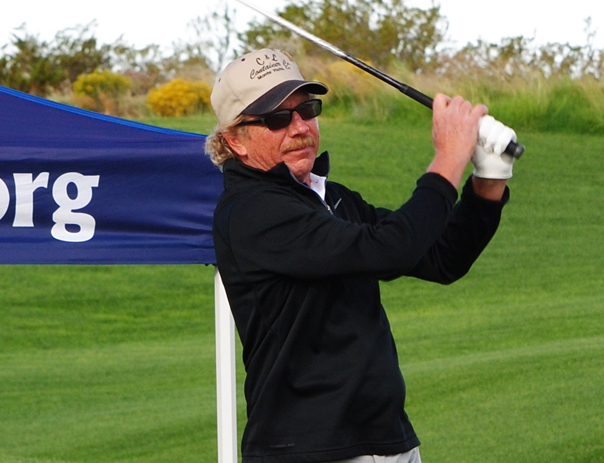 Thursday proved a good day, generally speaking, for the Colorado contingent at the 53rd Pacific Coast Amateur at the University of New Mexico’s Championship Course in Albuquerque.

Greg Condon (pictured) of Monte Vista in southern Colorado, the oldest competitor in the field at 57, moved into ninth place in the 82-man field after shooting a 5-under-par 66 on Thursday.

Condon, recent winner of the New Mexico-West Texas Amateur, eagled the par-4 sixth hole on Thursday and added four birdies and one bogey. After three rounds, he stands at 6-under-par 207, leaving him nine strokes behind individual leader Quade Cummins of Weatherford, Okla.

Meanwhile, University of Colorado golfer Ross Macdonald of Castle Rock fired his second straight 2-under 69, making four birdies in the process, and moved up to 31st place at 1-under 212.

And 2018 CGA Mid-Amateur champion Jared Reid of Denver carded four birdies and an even-par 71 on Thursday, putting him at 225 and in 73rd place.

Also bettering or matching par in round 3 was Colorado Christian University golfer Chase Carlson, who made four birdies and shot a 1-under 70 for a 210 total, good for 22nd place.

Meanwhile, Longmont resident Ryan Burke posted a 77 on Thursday, leaving him at 229 and in 79th place.

The 72-hole individual portion of the Pacific Coast Amateur will conclude on Friday.

Here are the round-by-round scores of the Coloradans and players with strong Colorado ties competing this week in the Pacific Coast Amateur: