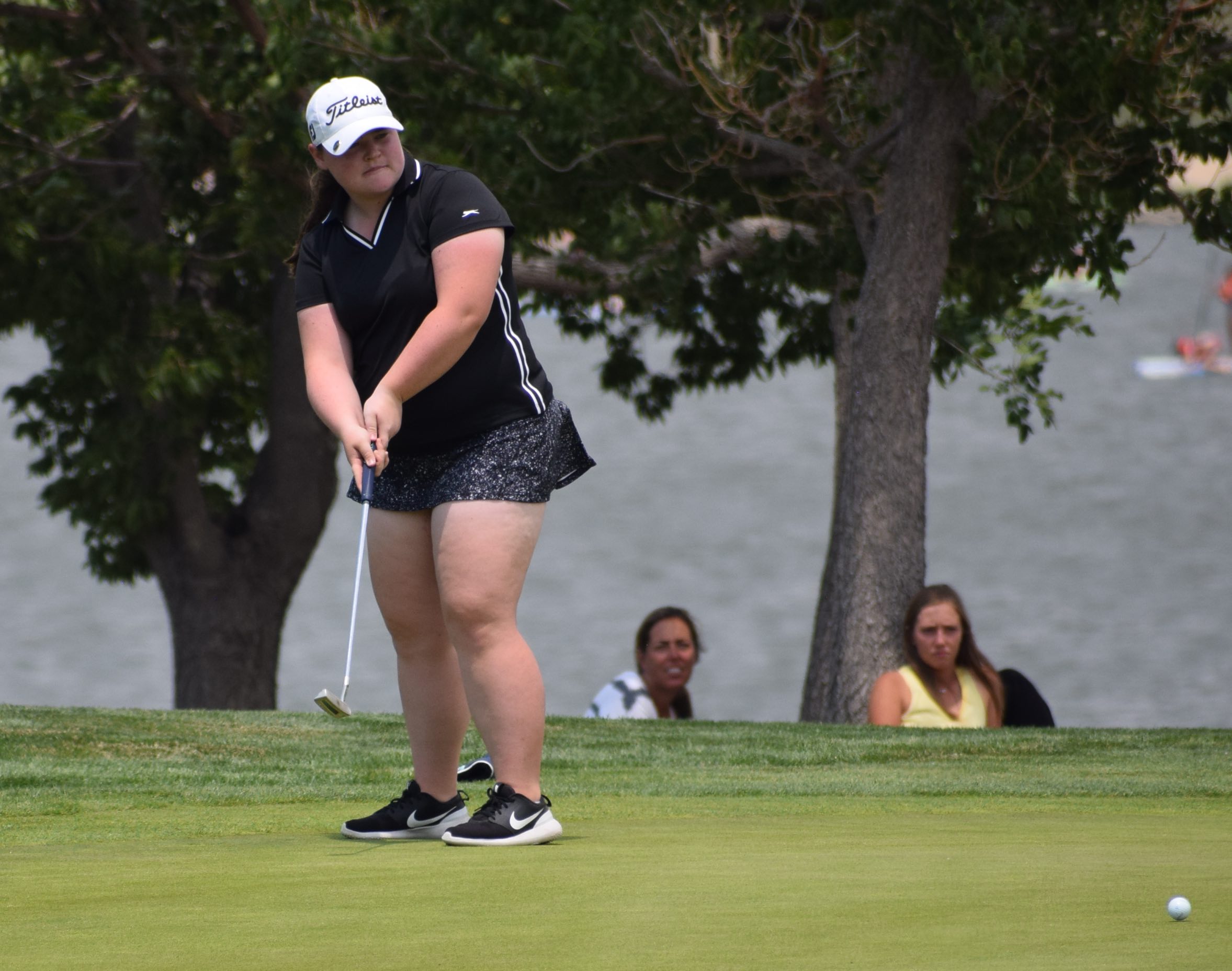 Aubri Braecklein opened with a 70 at The Ranch Country Club.

Monday’s first-round leaderboard at the 73rd CGA Women’s Stroke Play Championship bore some resemblance to what you might find at a Junior Golf Alliance of Colorado tournament.

The leader after day 1 of the event at The Ranch Country Club in Westminster is a Colorado junior golfer, as is one of the two players tied for second place. And four of the top nine overall fall into that category.

Aubri Braecklein of Northglenn, runner-up among the girls last week at the Colorado Junior PGA Championship, grabbed the first-round lead with a 1-under-par 70. The 17-year-old made three birdies and two bogeys on Monday.

Emma Bryant of Aurora, a former girls 5A state high school individual champion who has verbally committed to play her college golf at the University of Denver beginning in 2021, shares second place at 72 with University of Colorado golfer Kirsty Hodgkins of Australia, who plays out of Colorado National Golf Club.

Bryant carded one birdie and two bogeys in round 1. Hodgkins, the 2019 low amateur at the CoBank Colorado Women’s Open, made 17 pars and one bogey on Monday.

Brett Permann of CommonGround Golf Course holds down fourth place at 73 after being 2 under par through 14 holes.

Among those tied at 75 are junior golfers Charlotte Hillary of Cherry Hills Village, the 2019 JGAC Girls Player of the Year, and Jessica Mason of Westminster.

Houtsma, who made it to the round of 16 at last year’s U.S. Women’s Mid-Amateur, recorded two birdies and five bogeys in the first round.

Staci Creech of DU Golf Club at Highlands Ranch, wife of DU vice chancellor for athletics Karlton Creech, opened with a 75 to sit in second place.

Marilyn Hardy of Dos Rios Golf Club, who has qualified for more than 20 U.S. Women’s Mid-Ams, posted a 76 on Monday. Colorado Golf Hall of Famer Janet Moore of Cherry Hills Country Club and two-time CGA Women’s Senior Player of the Year Kristine Franklin of The Ranch share fourth place at 77.

For the scores from The Ranch — Championship, Mid-Amateur, Handicap Gross and Handicap Net — CLICK HERE.