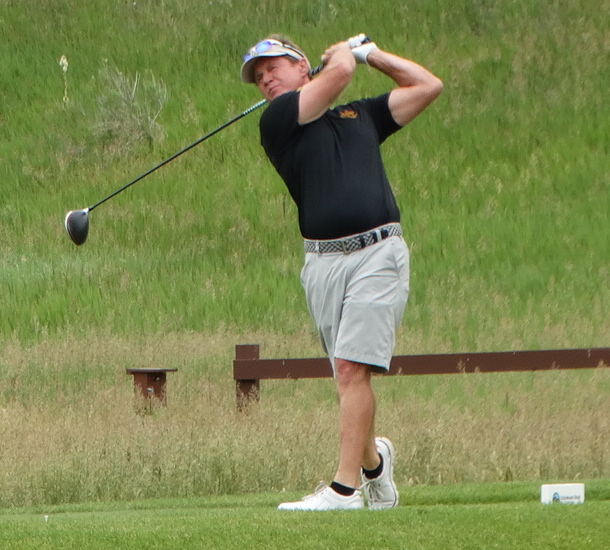 Six former champions in the CGA Senior Match Play chalked up victories on Monday in the opening rounds of the 2020 event, which is featuring round-robin pod play for the first time.

Defending champion Scott Sullivan from Bookcliff Country Club never trailed on Monday but had to withstand a challenge from 64th-seeded Ed Mate, the executive director of the CGA, before the men’s golf coach at Colorado Mesa University prevailed 1 up at Highland Meadows Golf Course in Windsor.

Other past winners of the Senior Match Play who won on Monday in their first round-robin match within their pods were three-time champ David Delich of The Broadmoor Golf Club (6 and 5), Wyoming resident John Hornbeck (3 and 2), Robert Polk of Colorado Golf Club (2 and 1), Colorado Golf Hall of Famer Kent Moore of Cherry Hills Country Club (4 and 3) and Guy Mertz of TPC Colorado (1 up).

Other former Senior Match Play winners who tied their matches on day 1 were Jeff Oneth of Colorado Golf Club and Tom Musselman of Cornerstone Club.

Harry Johnson of Eagle Ranch Golf Course was the only past champion to fall on Monday, losing to Bob Schuler of Overland Park Golf Course 2 and 1.

Each competitor will play two more pod-play matches — one Tuesday and one Wednesday morning — with the winner of each of the 16 four-person pods advancing to Wednesday afternoon’s round of 16, where single-elimination action begins.

From there, the quarterfinals and the semifinals are scheduled for Thursday and the 18-hole final for Friday.

For all the results from the 51st CGA Senior Match Play, CLICK HERE.