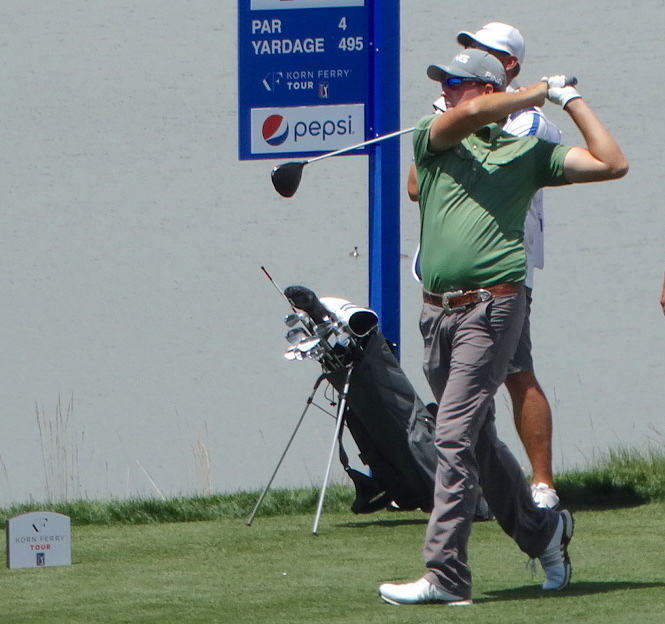 The 2013 CoBank Colorado Open champion and 2011 CGA Les Fowler Player of the Year landed one of the eight available qualifying spots for KF Tour’s Utah Championship, which will begin Thursday in Farmington, north of Salt Lake City.

Next week, the Korn Ferry Tour returns to Colorado for the second TPC Colorado Championship, set for July 1-4 at TPC Colorado in Berthoud. The general public will not be allowed at the event.

On Monday, Brown shot an 8-under-par 64 in Saratoga Springs, Utah to tie for fourth place out of the 155-player qualifying field. The 29-year-old made an eagle and six birdies in a bogey-free round.

Hayden Buckley fired a 62 to win the qualifying tournament. Just missing qualifying on Monday were Coloradans Jake Staiano (65, but lost in a playoff) and Steven Kupcho (66).

The Utah Championship will be the ninth Korn Ferry Tour start of Brown’s career. He’s made two cuts, including a 59th-place showing at the 2019 TPC Colorado Championship.

Other players with strong Colorado ties who were previously in the field for the Utah Championship include Jim Knous of Littleton, who is returning to competition for the first time in a year after suffering a wrist injury; former University of Colorado golfer Josh Creel; and Boulder native and former Louisville resident George Cunningham