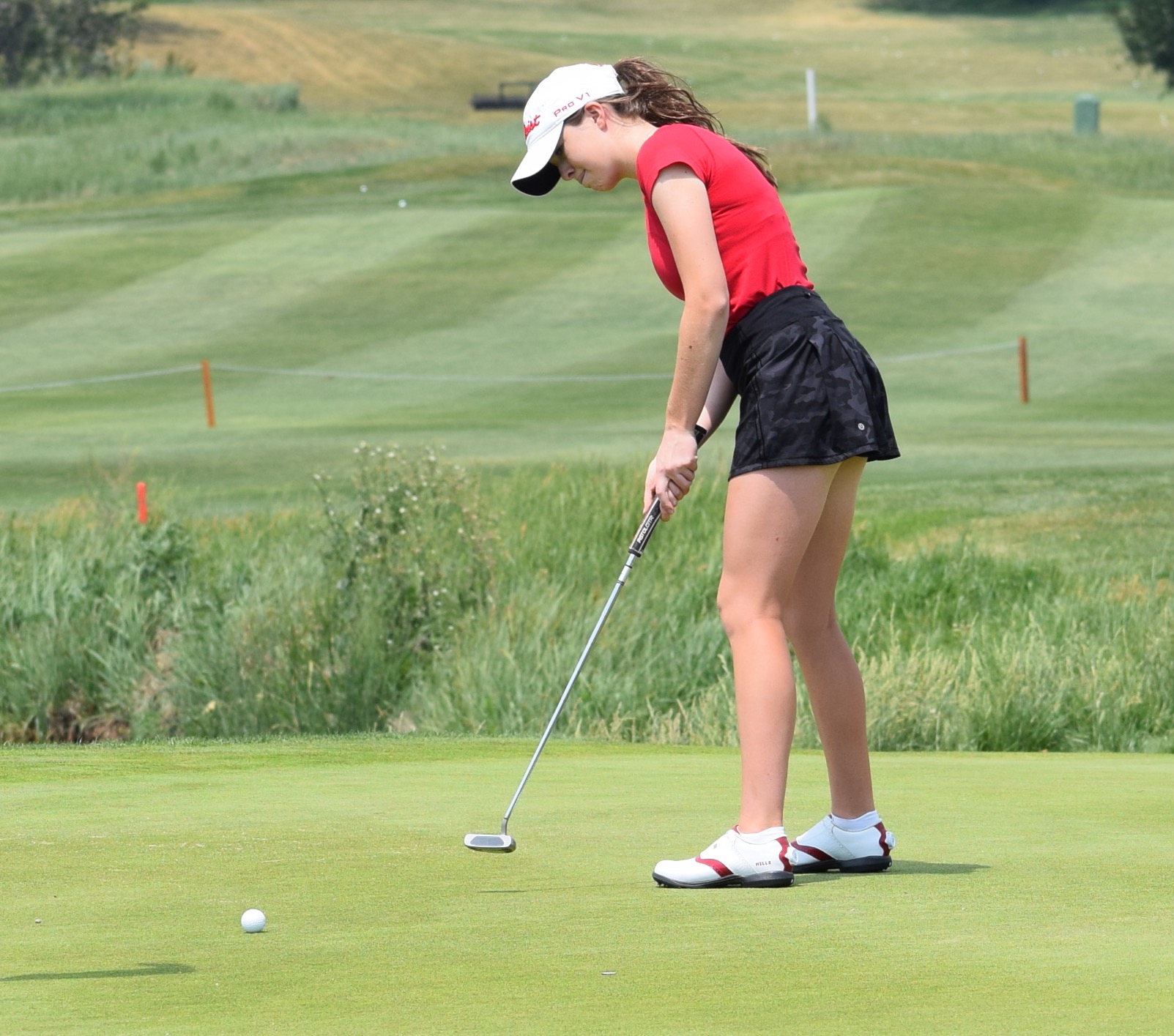 Charlotte Hillary will look to improve on her third-place showing at the 2019 CGA Women's Stroke Play.

Charlotte Hillary of Cherry Hills Country Club posted the lowest round of the tournament — by three strokes — on Tuesday to grab a two-shot lead heading into Wednesday’s final round of the 73rd CGA Women’s Stroke Play Championship at The Ranch Country Club in Westminster.

Hillary, the 2019 Junior Golf Alliance of Colorado’s Girls Player of the Year, fired a 4-under-par 67 to get back to even par overall (142) after Tuesday’s second round.

The Northwestern University signee started off with three straight birdies and added three more, while also carding two bogeys. She played her final 11 holes in 3 under par on Tuesday.

Another junior golfer like Hillary, first-round leader Aubri Braecklein of Northglenn, sits in second place at 144 after a second-round 74 that included an 18th-hole birdie.

University of Colorado golfer Kirsty Hodgkins, an Australian playing out of Colorado National Golf Club, checked in at 145 following a 73 on Tuesday. Leigha Devine of Ptarmigan Country Club and Rutgers is another stroke back in fourth place after a 70 in round 2.

In the inaugural CGA Women’s Mid-Amateur Stroke Play, an event for players 25 and older that’s being held concurrently with the CGA Women’s Stroke Play, Erin Houtsma of Colorado National Golf Club opened up a three-shot advantage after her second straight 74.

Houtsma is a former CU golfer who won the 2005 CoBank Colorado Women’s Open title as a pro, then regained her amateur status. Last year, she advanced to the round of 16 at the U.S. Women’s Mid-Amateur.

Houtsma birdied two of her last five holes on Tuesday, when she also made a bogey and two double bogeys. She stands at 6-over-par 148 overall.

Kristine Franklin, competing at her home club, shares second place at 151 with Staci Creech of DU Golf Club at Highlands Ranch. Franklin, the CGA Women’s Senior Player of the Year in 2018 and ’19, carded a 74 on Tuesday, while Creech had a 76.

Marilyn Hardy of Dos Rios Golf Club, a part-time resident of Gunnison, is in fourth place at 152 after her second straight 76.

For the scores from The Ranch — Championship, Mid-Amateur, Handicap Gross and Handicap Net — CLICK HERE.