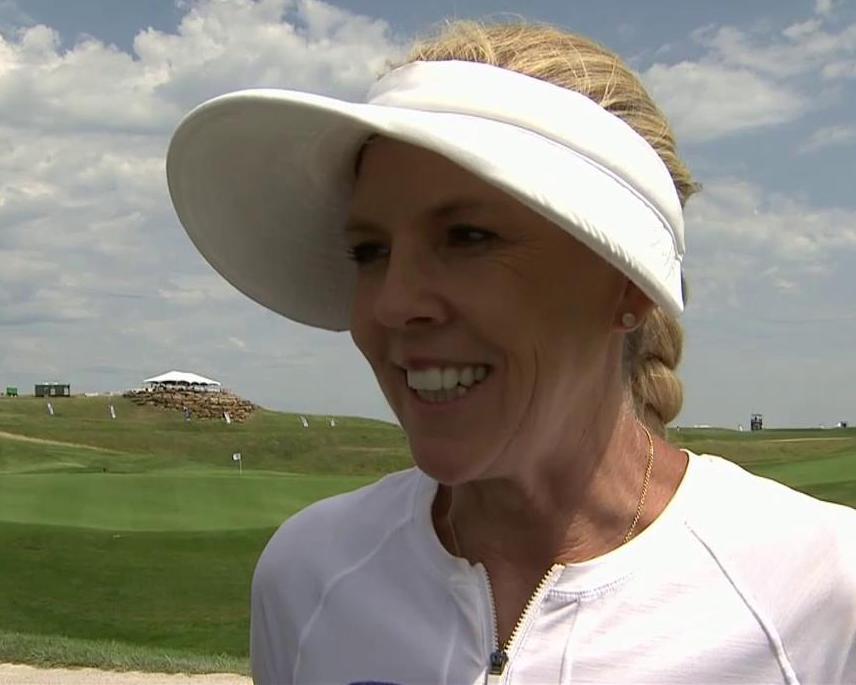 Coloradan McGill struggles in round 2 of Senior LPGA Championship, but remains in top 10; ex-Buff Choi fires another 70 in LPGA Q-school

Jill McGill lost her lead on Tuesday, but not her opportunity to win the Senior LPGA Championship.

The Colorado Golf Hall of Famer struggled to a 7-over-par 79 in the second round of the event in French Lick, Ind., a day after firing a 66 and building a four-stroke advantage.

But despite the 79, the Coloradan is only four strokes out of the lead going into Wednesday’s final round.

McGill (pictured) sits in seventh place at 1-over-par 145, leaving her four behind World Golf Hall of Famer Juli Inkster, who posted a second-round 69.

Meanwhile, part-time Lakewood resident Hollis Stacy missed the 36-hole cut after she recorded rounds of 78-82 for a 16-over-par 160 total.

For all the scores from the Senior LPGA Championship, CLICK HERE.

— Former Buff Choi Moves Up to 18th in Stage II of LPGA Q-School: Former University of Colorado golfer Robyn Choi jumped into the top 20 at the halfway point of Stage II of LPGA Tour Q-school in Venice, Fla.

Choi, who was a rookie on the LPGA Tour in 2019 but lost her card, has shot consecutive rounds of 2-under-par 70, leaving her in 18th place out of 185 players at 4-under 140. Choi started the day bogey-double bogey, but played her last 16 holes bogey-free on Tuesday, making five birdies.

Also under par after two rounds of the 72-hole event is former Denver resident Emily Gilbreth, who carded her second straight 71 and shares 38th place.Gilbreth made four birdies on Tuesday.

After four rounds, at least the top 30 players and ties will advance to the LPGA Q-Series, scheduled for Oct. 23 to Nov. 2 in Pinehurst, N.C.. Those at the next-best score, or scores, also will move on if the total number of players in the Q-Series does not exceed 108. Sixty players are exempt and entered at present.

Here are the scores for all the players competing who have strong Colorado connections: