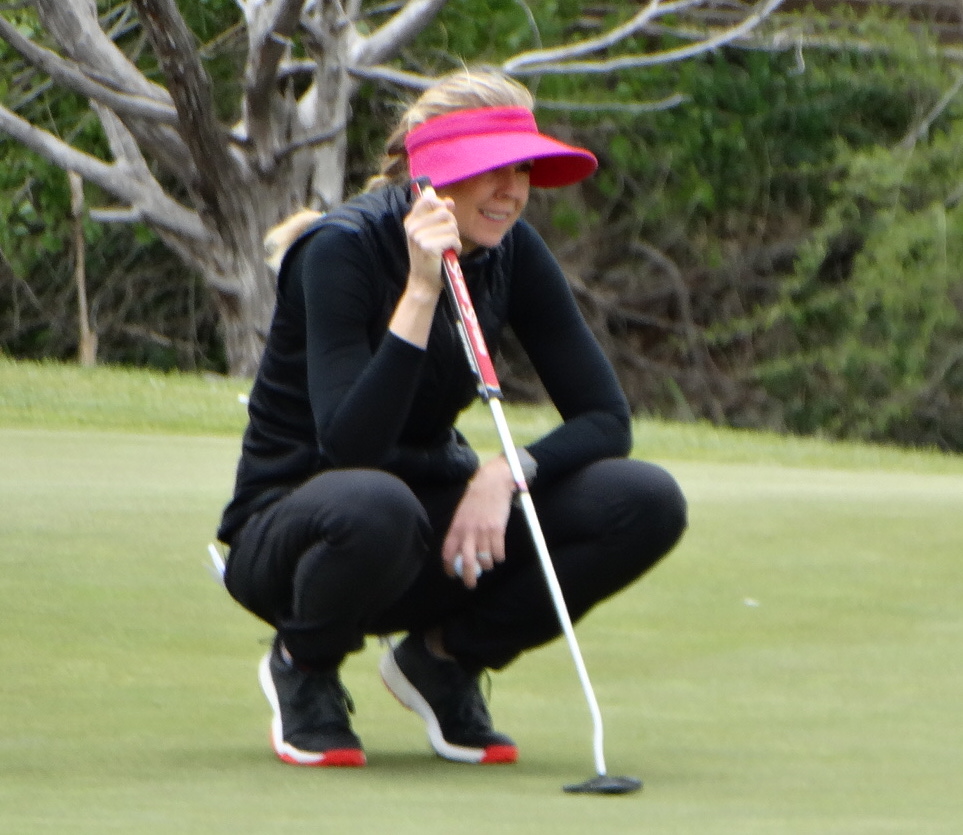 Colorado Golf Hall of Famer McGill leads by 4 after 66 in Senior LPGA Championship; Choi opens with 70 in stage II of LPGA Q-school

Jill McGill never won in a long LPGA Tour career, but she’s put herself in position to win a women’s senior major this week.

The Denver native, Colorado resident and Colorado Golf Hall of Fame inductee shot a 6-under-par 66 on Monday and grabbed a four-stroke lead after the first round of the Senior LPGA Championship in French Lick, Ind.

McGill, a two-time USGA national champion and winner of $2.3 million in her LPGA career, made eight birdies on Monday — all on par-3s or par-4s.

McGill was identified as a Colorado Golf Hall of Famer during Monday’s Golf Channel telecast and she later noted how Clayton Cole (a fellow Hall of Famer) had given her a tip that helped her play well on Monday.

McGill (pictured) was one of only five players — out of a field of 78 — to break par in round 1 of the 54-hole event. She leads Rosie Jones and Moira Dunn-Bohls by four. Audra Burks and Maria McBride opened with 71s, while accomplished veterans Juli Inkster and Helen Crafter were among those who posted 72s.

Meanwhile, part-time Lakewood resident Hollis Stacy was inducted into the Legends Hall of Fame on Friday. Stacy, winner of three U.S. Women’s Opens and three U.S. Girls’ Juniors, is likewise a member of the World Golf Hall of Fame. She won 18 times in her LPGA Tour career.

Stacy fired a 78 in Monday’s first round in French Lick.

For all the scores from the Senior LPGA Championship, CLICK HERE.

— Choi Opens With 70 at LPGA Q-School Stage II: Former University of Colorado golfer Robyn Choi, who was a rookie on the LPGA Tour in 2019 but lost her card, shot a bogey-free 2-under-par 70 on Monday and shares 31st place after the opening round of the second stage of LPGA Tour Q-school in Venice, Fla.

After 72 holes, at least the top 30 players and ties will advance to the LPGA Q-Series, scheduled for Oct. 23 to Nov. 2 in Pinehurst, N.C.. Those at the next-best score, or scores, also will move on if the total number of players in the Q-Series does not exceed 108. Sixty players are exempt and entered at present.

Joining Choi in shooting a sub-par round on Monday was former Denver resident Emily Gilbreth (1-under 71, 38th place). Former University of Denver golfer Tonje Daffinrud, a regular on the Ladies European Tour, posted an even-par 72, leaving her in 60th place.

Olivia Cowan carded an 8-under-par 64 to lead the 185-player field.

Here are the scores for all the players competing who have strong Colorado connections: