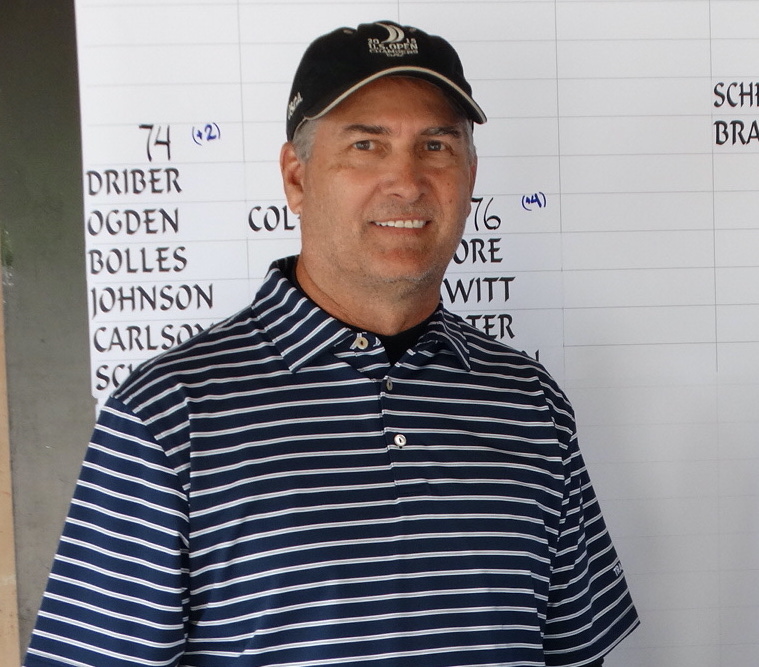 Robin Bradbury has carded back-to-back rounds of 74 at Perry Park.

The final round of last year’s CGA Senior Amateur proved to be largely a formality. This year, a significant measure of suspense figures to be re-injected into the last day of the championship.

In 2019, Wyoming resident John Hornbeck made the event his personal playground as he cruised to a 13-stroke victory after taking a six-shot lead into the final round.

By contrast, this year’s Senior Am has the top 11 players on the leaderboard within four strokes of one another going into Thursday’s final round at formidable Perry Park Country Club in Larkspur.

Robin Bradbury of Omni Interlocken Resort, who competed in the U.S. Senior Open last year, grabbed the lead after Wednesday’s second round by firing his second straight 2-over-par 74. His three-birdie, five-bogey round on day 2 leaves him at 4-over 148 overall.

Steve Ivan of Patty Jewett Golf Course, the 2020 CGA Senior Match Play winner who’s looking to become the first player since Harry Johnson in 2013 to sweep the two CGA senior majors in a single year, trails Bradbury by one after a second-round 76. Ivan carded two birdies, four bogeys and a double bogey in round 2. He hasn’t finished worse than second in his last six CGA senior majors.

Despite a second-round 78, Hornbeck’s bid for back-to-back titles in the Senior Am remains very much alive as he shares third place with Pat Bucci of West Woods Golf Club. Bucci, winner of the 2017 CGA Senior Match Play, posted a 75 on Wednesday.

Bill Fowler of The Club at Rolling Hills, a former CGA president who won the Senior Amateur in 2015, holds fifth place at 151 after a second-round 75 that featured an eagle on a par-4.

The field was cut from 84 to 41 players on Wednesday, with everyone at 17-over-par 161 or better advancing.