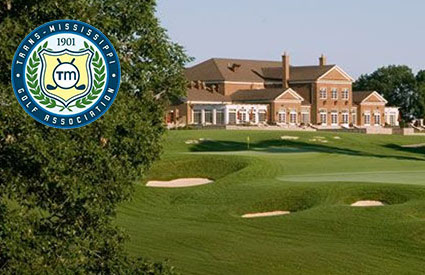 Eleven years ago this month, a duo that included a very famous Coloradan won the Trans-Mississippi Four-Ball Championship as John Elway teamed with fellow local Tom Hart to claim the title by a whopping eight strokes at Cherry Hills Country Club.

Last week in Bowling Green, Ky., another pair of Coloradans almost joined Elway and Hart on the list of champions.

Richard Bradsby of Lakewood Country Club and Brian Dorfman of Cherry Creek Country Club finished second in the 20-team mid-amateur division of the event, just a stroke behind winners Joseph Deraney of Belden, Miss., and Derek Meinhart of Mattoon, Ill.

Bradsby, winner of two CGA Four-Ball titles with Jon Lindstrom and of a CGA Western Chapter Championship, and Dorfman, the 2012 CGA Match Play champion, posted better-ball scores of 66-68-67 for a 15-under-par 201 total.

Bradsby birdied two of the last three holes on Thursday, but they were edged by Deraney and Meinhart, who birdied 16, 17 and 18 for the second straight day, this time to shoot a 9-under 63 that included an eagle. Deraney, by the way, finished second at last year’s U.S. Mid-Amateur at Colorado Golf Club in Parker.