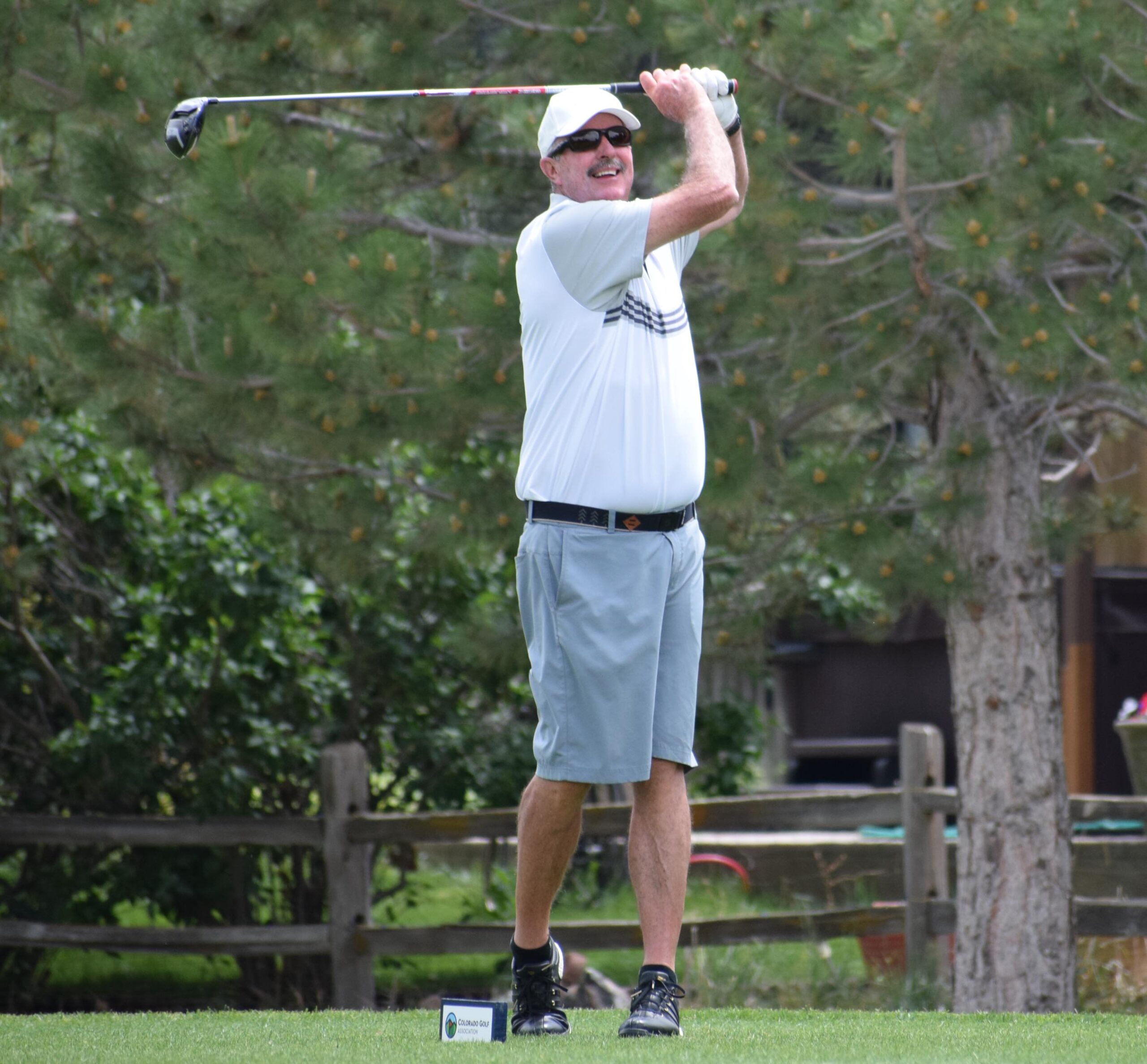 John Hornbeck of Wyoming is looking for his third CGA senior major title.

The start of the 49th CGA Senior Amateur Championship was delayed by two hours on Tuesday morning by frost.

When things finally did get going, no player heated up enough to post a sub-par round.

Defending champion John Hornbeck of Saratoga, Wyo., did the best among the 84-person field, shooting an even-par 72 at Perry Park Country Club in Larkspur.

Hornbeck, who won last year’s Senior Amateur by 13 shots and who has also captured the CGA Senior Match Play title in 2018, was 2 over par through 10 holes on Tuesday, but went 2 under the rest of the way with three birdies and one bogey.

The top two spots on the leaderboard after round 1 of the 54-hole event are held by the reigning champions in CGA senior majors — Hornbeck and Steve Ivan of Patty Jewett Golf Course, winner of the 2020 CGA Senior Match Play and the 2017 Senior Amateur.

Robin Bradbury of Omni Interlocken Resort, who qualified for the 2019 U.S. Senior Open, opened with a 74 to share third place with Doug Phelps of Foothills Golf Course and Dan Dunkelberg of The Club at Crested Butte.

The field will be cut roughly in half  — to the low 40 players and ties — after Wednesday’s second round. The championship will conclude on Thursday.