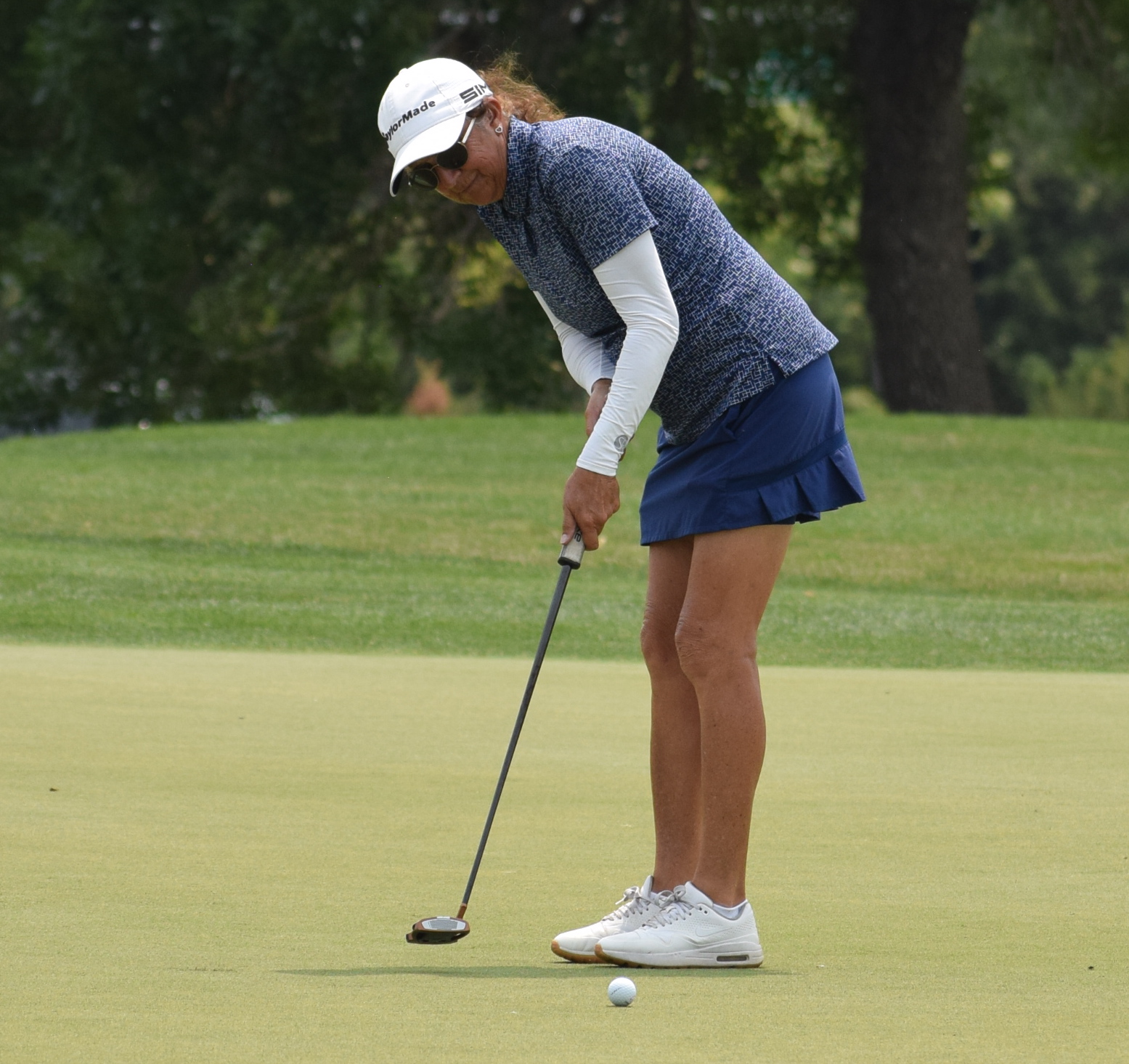 Sherry Andonian-Smith was off to a solid start on Thursday before her round was interrupted.

Sherry Andonian-Smith of Centennial, the Colorado PGA instructor who is competing in her third U.S. Senior Women’s Open, was 1 over par through 10 holes of her opening round on Thursday before heavy rain suspended play in Fairfield, Conn.

Round 1 is scheduled to resume at 6 a.m. (MT) on Friday. After two rounds are completed, the field will be cut from 120 to the low 50 players and ties for the final 36 holes.

Andonian-Smith, who made nine pars and one bogey on Thursday, shared 23rd place when played was suspended.

Also at 3 over — but just through seven holes — was amateur Janet Moore of Centennial, a Colorado Golf Hall of Famer. Moore, competing in her second USSWO, made one birdie and four bogeys on Thursday.

For all the scores from Brooklawn Country Club, CLICK HERE.