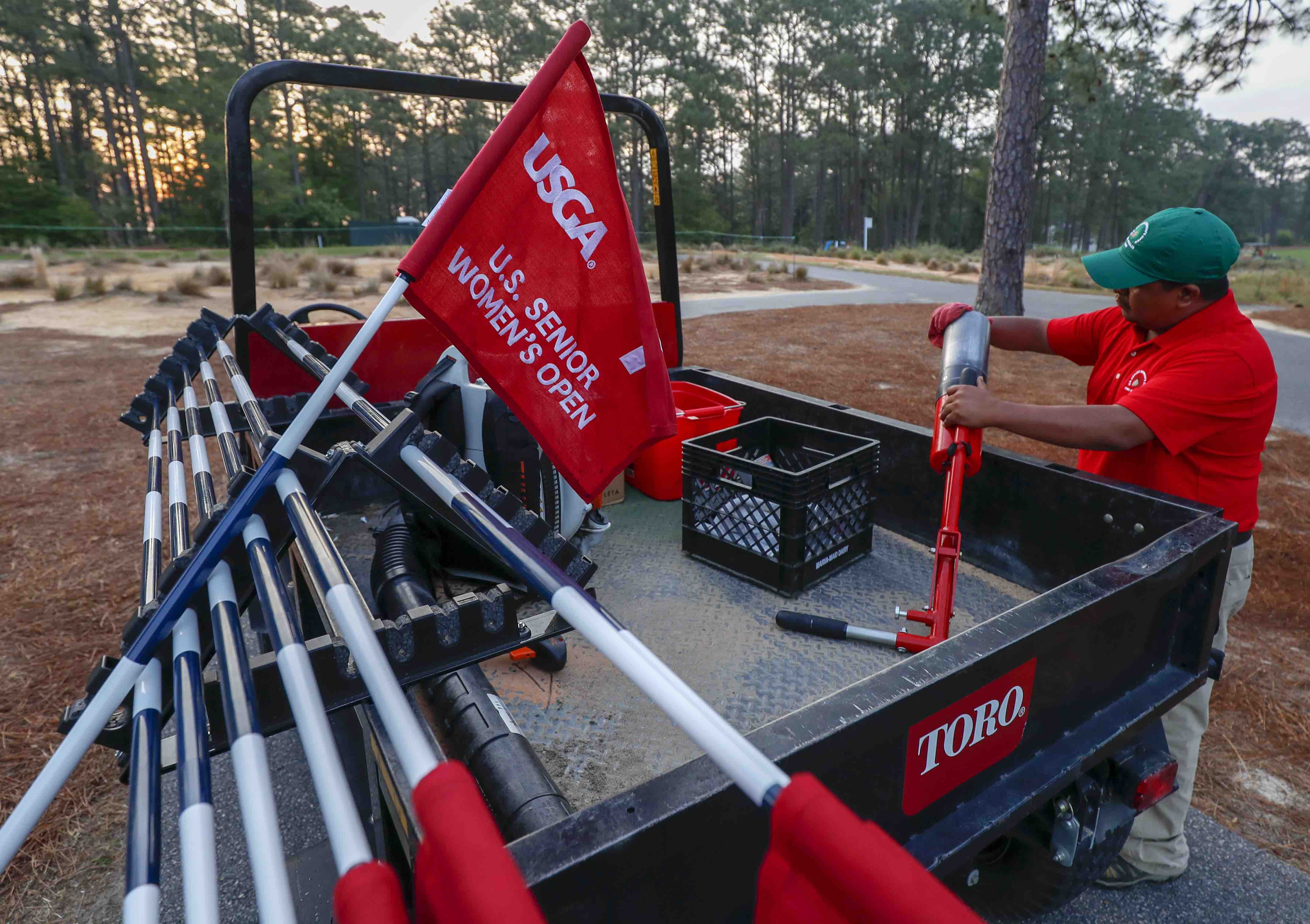 Not bad for a player who recently turned 65 years old, albeit one with a superb USGA pedigree.

Hollis Stacy, a part-time Colorado resident who owns six USGA titles and is a member of the World Golf Hall of Fame, had no problem qualifying for the weekend Friday at the second U.S. Senior Women’s Open, held at Pine Needles in Southern Pines, N.C.

After rounds of 76-78, she’s tied for 28th place, 10 strokes behind leader Helen Alfredsson.

Stacy was the only one of the five players with strong Colorado connections to make the cut to the top 50 players and ties. But Kristine Franklin of Broomfield, the CGA women’s senior player of the year in 2018, missed by just two strokes after rebounding from an 82 on Thursday to card a 6-over-par 77 on Friday. The 2018 CGA Women’s Senior Stroke Play champion ended up at 159 overall.

(USGA-copyrighted photo above by Chris Keane).

Stacy had a solid round going for much of Friday, standing 1 over par for the day through 12 holes. But she played the last six holes in 6 over par, finishing with a double bogey. Nevertheless, she was always well inside the cut line.

The 72-hole tournament will conclude on Sunday.

Here are the scores for the players with strong Colorado connections at the U.S. Senior Women’s Open: