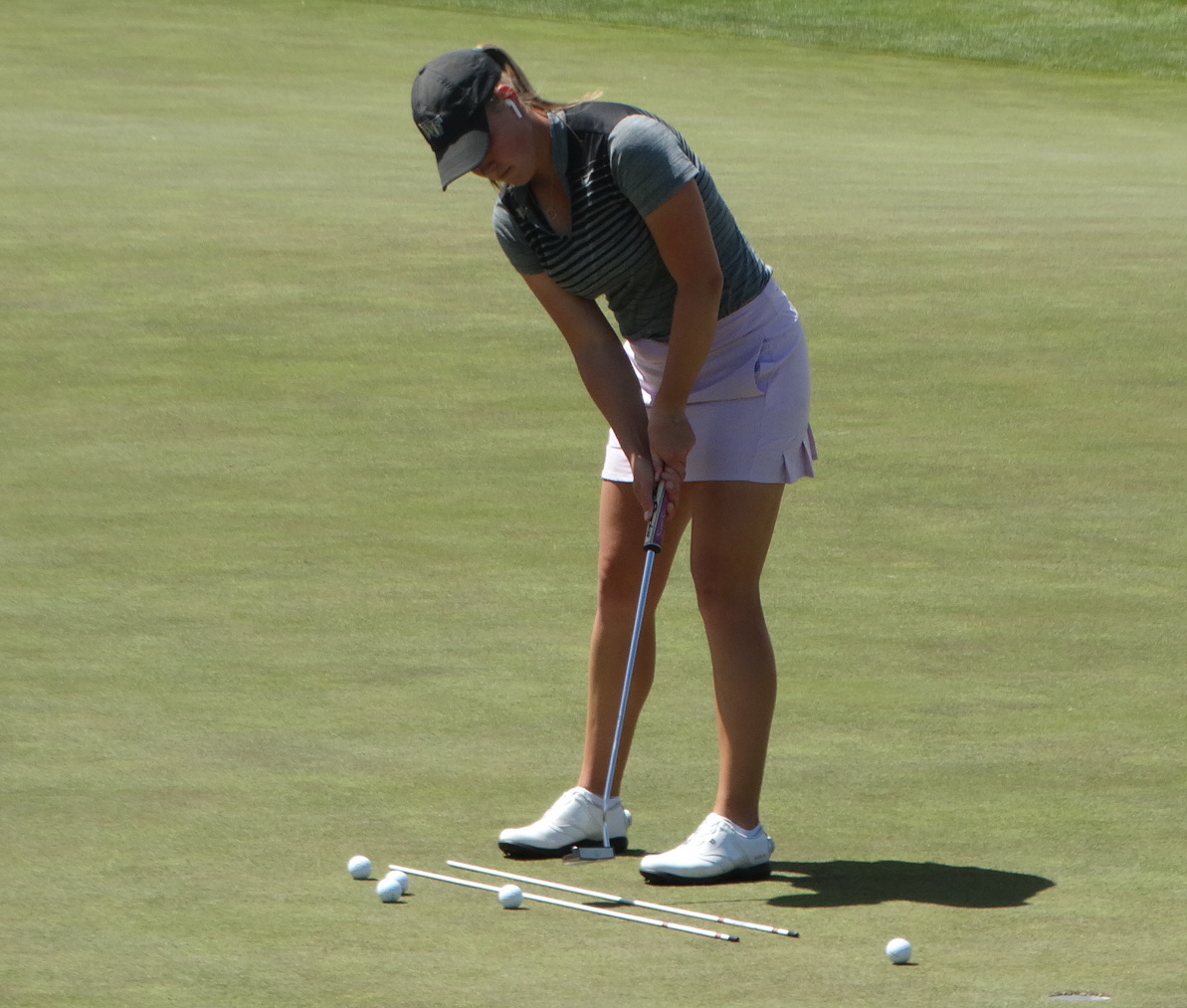 Jennifer Kupcho’s quest to make history at the women’s NCAA Division I national championship got off to a rocky start on Friday in Fayatteville, Ark., but the Westminster resident certainly wasn’t alone.

The defending invididual champion in the event, seeking to become the first two-time winner of the national title, shot a 5-over-par 78 on Friday, the highest score of her senior season at Wake Forest.

Kupcho (pictured) shares 40th place in the 72-hole stroke-play portion of the tournament.

Only one player in the field shot better than 72 on Friday — Arizona’s Bianca Pagdanganan, who fired a 4-under-par 69. She made six birdies at formidable Blessings Golf Club.

Kupcho, the Augusta National Women’s Amateur champion who’s competing in her final amateur tournament, made one birdie and six bogeys in Friday’s round.

Exactly half of the 132-player field shot 80 or higher on Friday.

The No. 1-ranked women’s amateur in the world, Kupcho has finished sixth, second and first in her previous trips to the national championship.

Meanwhile, Kupcho’s Wake Forest squad sits in seventh place in the 24-school team competition. The top eight teams after four days will advance to the match-play portion of the event.