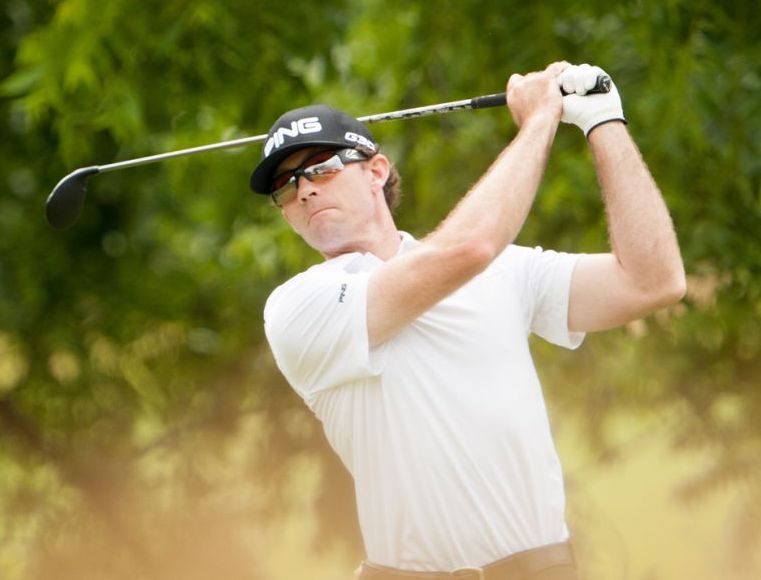 Former Colorado School of Pines golfer Marty Jertson made his first cut on the PGA Tour on Friday — and it came on one of golf’s biggest stages, at the PGA Championship.

The 2001 CGA Amateur champion, a vice president for Ping, was seen on TNT’s telecast finishing Friday’s second round at Bethpage Black in Farmingdale, N.Y. He shot a stellar 1-under-par 69 and stands in 36th place after 36 holes at 1-over 141, then was interviewed on TNT.

In addition, Jertson is the top PGA of America “club professional” in the field after two rounds, sitting three strokes better than his next-best cohorts. In all, three of the 20 PGA club professionals who competed in the event made the cut.

Jertson (pictured in a PGA of America photo) carded three birdies and two bogeys in the second round and trails leader Brooks Koepka by 13 shots.

“I (love) Bethpage,” Jertson tweeted after Friday’s round.

Jertson, 38, is playing in his eighth career PGA Tour start, dating back to 2010. He’d missed the cut in his three previous PGA Championships, as well as four Shriners Hospitals for Children Opens.

For all the scores from the PGA Championship, CLICK HERE.