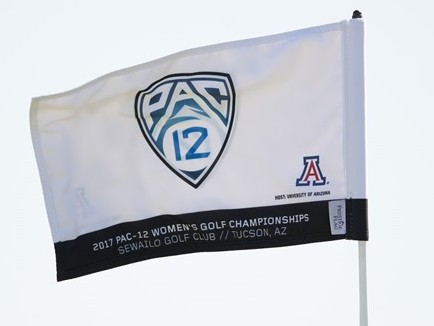 First, the situation with Covid-19 cost Hailey Schalk of Erie a shot at an unprecedented fourth Colorado high school golf individual title as most of her senior season was canceled.

Also nixed was competing in the U.S. Women’s Amateur Four-Ball which she and teammate Charlotte Hillary had qualified for, as that tournament was also canceled for 2020.

Likewise, Schalk and other Colorado girls didn’t get a chance to earn a spot in a U.S. Girls’ Junior that was supposed to be held in their home state this year as that event also fell victim to the virus’ effects.

And on Tuesday, another golf opportunity was eliminated as Schalk’s first semester of college golf competition at the University of Colorado went by the wayside when Pac-12 Conference leaders voted that no interscholastic athletic programs will compete before the dawn of 2021.

When the Pac-12 news started to surface on Tuesday afternoon, Schalk was asked her reaction.

Many college athletes share Schalk’s feelings, including a lot of Colorado-based golfers. Tuesday’s news means no college golf tournaments this fall for the CU men and women. Last week, the fall golf seasons were nixed by the Mountain West Conference, affecting the Colorado State University men’s and women’s programs, and the Air Force Academy men’s. (Updated Aug. 13) And on Thursday, the Big Sky Conference took similar action, meaning the University of Northern Colorado men’s and women’s golf teams won’t be playing tournaments in the fall.

College golf teams compete in both the fall and the spring, with conference, regional and national championships decided in the spring.

“The decision to postpone the fall sports seasons and to delay the start of the winter ones was not made in haste,” CU athletic director Rick George said. “But in light of current virus trends and the long-term health impacts of Covid-19 remaining unknown, this was determined to be the best course of action for the health and safety of our student-athletes. That has always been and will remain our top priority. We are hopeful that the situation reaches a point where we can have our winter sports start at the first of the year, and perhaps play a modified fall sports schedule in the spring.”

Not surprisingly, CU’s golf head coaches are disappointed but trying to make the best of a bad situation. College golf tournaments were last played in early March and the 2020 NCAA championships were canceled.

“Very disappointing news today,” men’s coach Roy Edwards said via email. “It is outside our control so it is simply what we have to deal with. Just like when the same thing happened in the spring, we need to tackle it head on, be positive, do our part, search for opportunities, and be ready when our time comes.”

Said CU women’s coach Anne Kelly, also via email: “I’m disappointed for all the student-athletes and especially for our team. We were looking forward to the fall season after having last spring cut short, but what matters most is the health and welfare of the student-athletes. We are hoping to to able to practice this fall and work toward (the) upcoming spring season. Hopefully the Covid situation will improve soon and we can get some type of normalcy back for our athletes.”