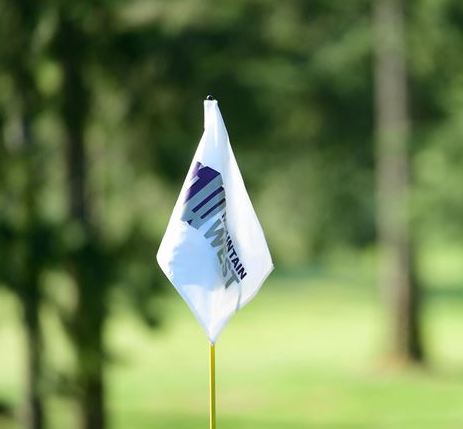 The Colorado State men’s and women’s golf teams, along with the Air Force Academy men’s squad, haven’t competed in a college golf tournament since early March. And now it looks like their next college tournaments as a team won’t come until February 2021 or so.

The Mountain West Conference, of which CSU and Air Force are members, announced Wednesday evening that all fall competition for men’s and women’s golf has been canceled, though individuals “will remain eligible to compete unattached at institutional discretion and in accordance with NCAA regulations.”

Also canceled — likewise for Covid-19-related reasons — by the MWC was fall competition for men’s and women’s tennis, swimming and diving, indoor track and field, softball and baseball.

“The health and well-being of our students, student-athletes, coaches, staff and overall communities remain the first and foremost priority,” said Dr. Mary Papazian, president at San José State University and chair of the Mountain West Board of Directors. “An incredible amount of thought and discussion from multiple perspectives went into making this decision. The modified fall structure supports the measures being taken by each of our institutions to ensure responsible return to play. We will continue to gather the best medical information available and lean on advice from public health professionals, as well as state and local officials, as we make decisions and necessary adjustments in the future.”

The college golf season normally features tournaments both in the fall and the spring — September to early November and February through May or early June — with championships being played in the spring.

The MWC decision on fall golf will affect such prominent Colorado residents as AJ Ott and Davis Bryant from CSU, and Luke Trujilo for Air Force. Ott and Bryant are in the field for the U.S. Amateur, which begins Monday in Bandon, Ore. The U.S. Women’s Amateur, which also features many college golfers, is being held this week in Rockville, Md.

“I’m super disappointed for my teammates and myself who were looking forward to competing this fall, after the spring was canceled,” Bryant said via text on Thursday. “I realize the Mountain West had to make a decision, looking out for the health and safety of players, coaches, and essential personnel, but I hope we can get on the course wearing Green & Gold soon!”

CSU men’s coach Christian Newton, whose team was ranked No. 16 in the nation by Golfweek and No. 19 by Golfstat at the end of last season, expressed a similar reaction.

“Although the news from the MWC is disappointing I understand the league has our student-athletes’ safety first and foremost in mind,” Newton said in an email. “These times are tough and we ultimately don’t control the outcome. We now set our sights on preparing for the future. I am hopeful for a full return to play and a full spring season in 2021.”

Newton said some CSU players do indeed plan to play unattached in the fall.

The Mountain West announcement figures will have a major effect on the number of NCAA Division I golf tournaments that are played in Colorado this coming season. The Air Force Academy’s Gene Miranda Falcon Invitational, a September mainstay at Eisenhower Golf Club since 1969, has been canceled for 2020. Likewise, CSU’s Ram Masters Invitational men’s tournament, which has been held each September at Fort Collins Country Club since 2012, has been nixed for this year. The same is true of the CSU women’s Colonel Wollenberg Ptarmigan Ram Classic that has been conducted each fall since 1999 at Ptarmigan Country Club.

The Falcon Invitational and the Ram Masters typically feature a field with most of the Colorado-based Division I men’s teams.

Meanwhile, the Rocky Mountain Athletic Conference, which includes many NCAA Division II programs based in Colorado, announced on Thursday that its Presidents’ Council agreed that men’s and women’s golf teams could continue their non-championship competition scheduled for the fall season.