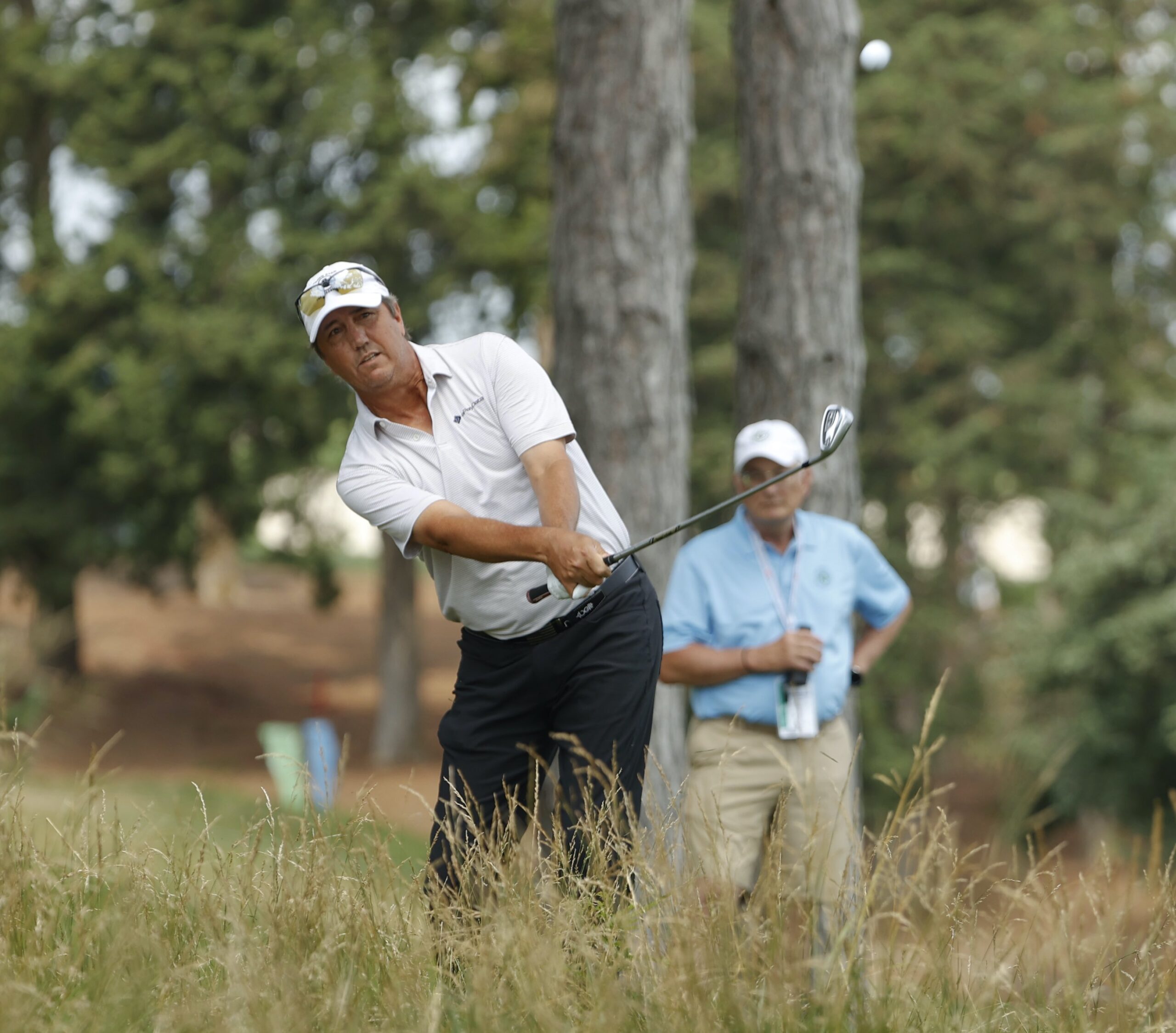 To say the last two rounds of the U.S. Senior Open have been a wild, roller-coaster ride for Colorado resident Shane Bertsch would be an understatement.

The 51-year-old Parker resident, competing in his first USSO, has made more non-pars than pars over the last 36 holes, which isn’t normally how these things work for tour pros.

Bertsch, winner of one PGA Tour Champions event, ended up with a 2-over-par 72 on Saturday, which dropped him from fourth place to 19th going into the final round. With a 2-over 212 total, he trails leader Jim Furyk, winner of the 2003 U.S. Open, by 10 shots.